The past year has pretty much been a dumpster fire, and I’m glad to see it go. God only knows what 2022 holds, but 2021 has provided some invaluable lessons we can — and must — use to wrest control of America from those who would destroy her.

No. 1: On many important issues, the establishment media deliberately lies or disseminates inexcusably false information.

Trump did not collude with Russia. The COVID-19 vaccine does not prevent anyone from catching or transmitting the virus. Ivermectin is not just veterinary medicine. The border isn’t secure. Kyle Rittenhouse did not gun down peaceful protesters. The mobs at the Capitol on Jan. 6 were not mounting an insurrection. The Virginia gubernatorial election was not about white supremacy. Parents at school board meetings are not domestic terrorists. President Joe Biden is not in excellent health.

Establishment media outlets are either professionally deceitful or completely incompetent, or both. They cannot be trusted.

No. 2: Sweeping mandates like those proposed by the Biden administration are unconstitutional.

The federal government has no right to force people to inject experimental chemicals into their bodies.

The “science” (if by that we mean accurate data) about the efficacy and risks of these shots is unclear, incomplete and evolving. It is medically, scientifically and ethically untenable to insist upon a one-size-fits-all treatment for 330 million vastly different individuals. Even some of the most ardent advocates of COVID-19 vaccines are beginning to acknowledge that it is nonsensical and dangerous to keep calling for more shots every time the virus mutates.

The coronavirus hysteria (not to mention the inconsistent information) peddled by the government — aided and abetted by broadcast, print and social media — has created a perpetual sense of panic in some of the population.

In addition to lockdowns, business closures, travel bans, mask mandates and vaccine passports, we must endure those who behave horribly toward anyone who isn’t vaccinated or wearing a mask. Last week, former actress and Playboy model Patricia Cornwall was removed from a Delta flight after she swore at, slapped and spit on an 80-year-old man who was unmasked while eating.

Former Planned Parenthood president Dr. Leana Wen has suggested that unvaccinated people should be confined to their homes. CNN anchor Anderson Cooper discussed with Microsoft founder Bill Gates the possibility of depriving them of their Social Security payments. It’s not uncommon to see irate social media users insisting that those who opt not to get the COVID-19 shots should be denied medical care or even incarcerated.

If you want to know how to create a nation full of Nazis, there’s Exhibit A.

No. 4: It’s time for a transgender category for sports competitions.

Lia Thomas, a male who once competed on the men’s swim team at the University of Pennsylvania, “transitioned” and now swims on the women’s team. Thomas has shattered records, sparking outrage among defenders of women’s sports. USA Swimming official Cynthia Millen resigned in protest.

Denying the physical advantages of males in sport is absurd. (Further proof of this is the near-complete absence of female-to-male gender transitioners competing in men’s sports.) Here again, real scientific truth is sacrificed on the altar of the progressive narrative.

If some men want to “transition” and identify as female, give them their own sports category and let them compete in it. If there aren’t many, so what? It will be that much easier to set records. But allowing them to steal opportunities from females is wrong.

No. 5: Teachers need to stick to teaching.

According to recent reports from Education Week and Business Insider, U.S. students are falling seriously behind their counterparts in other industrialized nations.

U.S. high school math scores were in the bottom half among 71 countries surveyed. Millennials in the U.S. workforce ranked dead last in math and problem-solving relative to those in other developed nations.

Not every failure can be laid at the feet of the schools; many of our problems start in the home. But it is inexcusable that, faced with these statistics, we have districts, schools and teachers wasting students’ time and taxpayers’ money preaching “systemic racism” and “white privilege,” encouraging sexual promiscuity and gender confusion, peddling pornography and eliminating advanced classes for students who need them.

No. 6: The well-being of children is a winning issue because it transcends politics.

All parents want their children to be healthy. None want pornography in schools. They want privacy and safety in bathrooms, locker rooms and classrooms. They want opportunities for advanced academics and supplemental support when children need them.

These concerns are not limited to Republicans, conservatives, white people or the wealthy. As seen in Virginia, Democrats get eviscerated on these issues because accusing parents of being racist or too ignorant to know what’s best for their children is callous, transparently false and stupid, yet Democrats continue to do it. Fine. Let them lose.

No. 7: When Americans speak up and stand together, we win.

Whether at school board or city council meetings, in our businesses, in the streets, in the courtrooms or at the polls, when Americans go on offense and tell those in power what we will and will not stand for, we win.

For too long, those in control of the government, our schools and our media have counted on and exploited a poorly informed population. Things have changed. Millions have had their eyes opened. The elites don’t like it — and that tells you plenty.

Good riddance to 2021. Here’s to a country filled with proactive patriots in 2022. 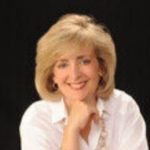 Laura Hollis
Laura Hollis is a nationally syndicated conservative columnist whose experience in law and politics spans more than 25 years. She is a frequent public speaker and, in addition to articles in respected legal publications, has been a freelance political writer since 1993.
Hollis: America Learned 7 Important Lessons This Year
See more...
Advertisement