The Atlantic has come under fire for a controversial article about the alarming rate of people choosing to abort unborn children with disabilities.

“The Last Children of Down Syndrome” by Sarah Zhang discussed universal prenatal testing offered to all pregnant women in Demark that can detect if their unborn children have Down syndrome. Since its introduction in 2004, the testing has prompted an overwhelming majority of those with positive results to have an abortion.

“Denmark is unusual for the universality of its screening program and the comprehensiveness of its data, but the pattern of high abortion rates after a Down syndrome diagnosis holds true across Western Europe and, to a somewhat lesser extent, in the United States,” Zhang wrote.

Read our December 2020 cover story by @SarahZhang: The Last Children of Down Syndrome. https://t.co/03N0q0sGSB pic.twitter.com/Qow48LH6um

Several Pro-Life groups reacted to the piece and expressed their anger about selective abortion.

Selective abortion has close ties to eugenics, which is the scientific concept of tailoring the human race to have certain characteristics.

Zhang explained that eugenics “in Denmark never became as systematic and violent as it did in Germany” but “improving the health of a nation by preventing the birth of those deemed to be burdens on society” is still the goal.

The situation in Denmark is teetering dangerously close to that line.

“Few people speak publicly about wanting to ‘eliminate’ Down syndrome. Yet individual choices are adding up to something very close to that,” Zhang wrote.

Abortion is depriving humanity of the diversity that makes the world a more joyful and colorful place.https://t.co/vQmCu4LdZg

People with Down Syndrome deserve to be born.

This is so sick. Eugenics is evil.

The Atlantic appeared to glorify the fact that aspects of the health system in Denmark allow for women to abort children with Down syndrome at extremely high rates.

Some readers, however, defended the article, claiming it was a mere discussion of the dilemma mothers face when learning their unborn child has Down syndrome.

Not understanding why people in the replies are demonizing the Atlantic here. This is a devastating topic that NEEDS to be reported on. The article is not saying it’s a good thing.

This is brilliant reporting by @TheAtlantic . Despite the grim front cover, the article talks about the moral conundrum future mothers face when they learn about their fetus’ showing signs of Down Syndrome. https://t.co/EAucOumvR8

“Down syndrome is frequently called the ‘canary in the coal mine’ for selective reproduction,” Zhang wrote. “It was one of the first genetic conditions to be routinely screened for in utero, and it remains the most morally troubling because it is among the least severe. It is very much compatible with life — even a long, happy life.”

However, expectant mothers in Denmark seem to contradict Zhang — after all, how “morally troubling” can the decision be in a country where virtually all mothers are tested and 95 percent choose to abort?

Promoting eugenics and the mass abortion of babies with Down syndrome as Denmark seems to is not progress — it’s murder.

No matter what the Atlantic was attempting to do with this article, one thing is clear: selective abortion, of children with disabilities or otherwise, must come to an end. The morality of our world depends on it. 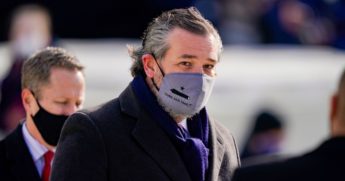