What someone believes about the trucker convoy in Canada — or whether they even know about it at all — may be largely dependent on where they get their news.

While calling it the “Freedom Convoy” is largely accepted by conservatives, liberal media sources appear to cringe at the name and instead refer to it as the “Canadian Convoy.”

“Freedom” has a nice ring to it, though, don’t you think?

The Freedom Convoy is concentrated in the U.S.’s northern neighbor’s capital, Ottawa, and has blocked at least three major passages between the US and Canada, one of which is the Ambassador Bridge near Detroit that more than 40,000 commuters and tourists use to cross between the two countries every day.

The Ambassador Bridge was finally cleared this morning, at least in the U.S.-bound direction, after a 7-day blockade. Northound traffic into Canada remained blocked.

The protest has definitely drawn attention and is widely supported among  conservatives.

Around 6:45 of the video begins discussion of the convoy, where Rand encourages it to come to America and “clog” up the cities.

“Civil disobedience is a time-honored tradition in our country — from slavery to civil rights — to you name it. Peaceful protest, clog things up, make people think about the mandates.”

Paul went on to acknowledge that the origins of the mandates were not in Canada, but were actually initiated by the U.S. Canada then followed suit.

“And some of this, we started… we put [COVID-19] mandates on truckers coming across the border from Canada so then they put mandates on, and the truckers are annoyed. They’re riding in a cab by themselves, most of them for eight, 10-hour long hauls, and they just want to do what they want to do. It’s their own business.”

It does not appease logic to force those who have very limited exposure to others to have to be vaccinated. The more information that comes out, the more we can see that mandates defy reason.

The tug-of-war for power may be far from over, though. It will likely be felt by many more as U.S. truckers warn the supply chain may be further disrupted by what they acknowledge the problem as being– vaccine mandates, not the acts of defiance.

While it may be uncomfortable now, it is better to fight than be left with no other rights under the tyranny being ushered in by COVID.

Yellowstone National Park officials say foot could be linked to a July death. They have not released details but do not suspect foul play.
By The Associated Press  August 19, 2022

The reality is that Liz Cheney is a bitter woman whose obsessive hatred for former President Donald Trump has blinded her.
By Elizabeth Stauffer  August 19, 2022

GOP Rep. Marjorie Taylor-Greene is introducing a new bill to protect children from 'gender-affirming care' and make such practices a felony.
By Abby Liebing  August 19, 2022

Three arrests were made after multiple gunshots were fired at the National Mall near the White House.
By Richard Moorhead  August 19, 2022 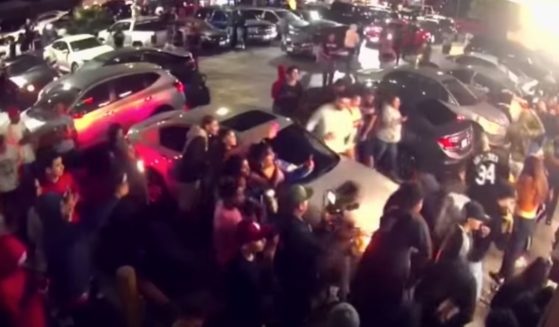 What was at first a disruptive, spontaneous and illegal exhibition of driving morphed into an explosion of violence, looting and destruction.
By Matthew Holloway  August 19, 2022
Next