Jan. 6, 2020, can accurately be described as a terrible day in America’s history.

Many Americans had by that time grown accustomed to seeing images of dangerous riots and out-of-control “protests,” but few of us were used to seeing the perpetrators wearing MAGA hats and waving American flags.

As awful as the rioters’ actions that day were, those actions definitely didn’t amount to an “insurrection.” The rioters were not a coordinated group of insurgents looking to take over the country.

Simply put, they were a bunch of overly zealous idiots who wanted to make a scene.

Nevertheless, liberals are hell-bent on painting the Capitol incursion as one of the worst catastrophes in American history, right alongside 9/11 and the Civil War.

Now, a group of self-proclaimed “sedition hunters” have taken it upon themselves to track down the supposed insurrectionists.

According to Bloomberg Businessweek, a growing number of these “internet sleuths” are spending hundreds of hours each analyzing footage of the Capitol incursion, hoping to identify some of the rioters.

These self-appointed investigators often coordinate with one another through private chat groups.

In the months following the incursion, over 400 rioters have had charges brought against them, with some of those charges coming thanks to the “crowdsourcing efforts of sedition hunters.”

A Most Wanted list put out by the FBI following the incursion still contains hundreds of photos and videos of suspects it wishes to apprehend.

Men and women who engaged in rioting during the Capitol incursion should be punished for their crimes.

That being said, the disproportionate amount of manpower, resources and attention given to this investigation is staggeringly excessive — especially considering the left-wing rioters, looters and violent criminals who ran rampant following George Floyd’s death.

No extensive investigations were conducted into those riots, which often left behind torched and looted businesses.

In fact, Vice President Kamala Harris, prior to her election, created a bail fund to help get those rioters out of jail, some of whom had dangerous criminal histories.

According to the Insurance Information Institute, the first two weeks of the 2020 riots cost more than $1 billion in damages. That’s only two weeks out of a spate of riots that went unchecked throughout 2020 and continue to reappear periodically to this day.

Again, no extensive special investigations or large coalition of internet vigilantes have sought justice for all the damage caused by the George Floyd riots.

But now, because the rioters at the Capitol happened to support former President Donald Trump, the left is pulling out all the stops to make sure the incursion is kept at the forefront of America’s political discourse.

Otherwise, Americans may actually realize that it wasn’t in fact the “worst attack on our democracy since the Civil War,” as President Joe Biden has claimed.

They also might wake up to the fact that the riot paled in comparison to the leftist attacks that terrorized our nation for months. 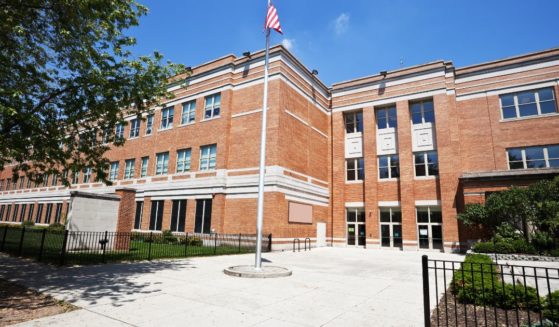