During and after the coronavirus pandemic, Americans will need the resilience, drive, generosity and ingenuity that have served our nation so well during difficult times throughout history.

If we wish to promote these characteristics to combat this current crisis, we would be wise to appreciate the motivational power of meaning in life.

A growing body of psychological and medical research indicates that meaning in life helps individuals thrive. People who view their lives as full of meaning are better able to cope with stress, anxiety and tragedy. They also live longer and healthier lives. A lack of meaning is a major risk factor for depression, drug and alcohol abuse and suicide.

Despite all of this research, there has been little attention paid to how meaning in life connects to people’s economic views and goals.

As part of the Sheila and Robert Challey Institute for Global Innovation and Growth, we conducted a survey to investigate how meaning connects to different beliefs related to economic freedom as well as entrepreneurial ambitions — critical components of a healthy free society.

We were interested in a specific motivational dimension of meaning, what we refer to as “existential agency” — the extent to which individuals believe they are capable of finding and maintaining meaning in life.

Our sample consisted of nearly 1,300 U.S. adults, ranging in age from 18 to 88 years old (average age of 45) and breaking down 41 percent Democrat, 32 percent Republican and 27 percent independent or unaffiliated.

Participants completed questionnaires that assessed psychological characteristics (including existential agency), their general views on economic freedom and the extent to which they believe capitalism and entrepreneurship can help solve societal challenges, such as climate change, automation and poverty.

They also responded to items assessing their own entrepreneurial motivation.

Concerning overall views of capitalism, 40 percent of respondents had a positive view, 46 percent a neutral view and 14 percent a negative view. Consistent with past surveys, young adults and Democrats were the least positive about capitalism.

Critically, existential agency was strongly associated with views about capitalism.

The more individuals believe in their ability to live a meaningful life (e.g. high existential agency), the more they view capitalism and entrepreneurship as helpful for solving current societal problems.

In addition, more than 20 percent of respondents indicated they plan to start a business in the future. Among this group of potential entrepreneurs, existential agency was a strong predictor of how motivated they are to pursue their entrepreneurial goals.

Perhaps it isn’t existential agency that is important, but other indicators of flourishing, such as income and employment satisfaction.

To address this possibility, we also measured those variables as well as other correlates of economic beliefs such as age and political ideology.

These results make sense in light of previous research connecting meaning to physical and mental health. Meaning in life promotes health and well-being, in part because it promotes healthy behavior such as physical exercise and social engagement.

In other words, meaning helps people self-regulate their behavior.

The motivational power of meaning is also very relevant to the types of economic attitudes, goals and behaviors that help people thrive in a free society.

Indeed, studies find that when people are prompted to reflect on the life experiences that make life feel meaningful, they are more driven to pursue their most important goals, more confident in their abilities and more optimistic about the future.

People are better able to resist unhealthy temptations, persevere under hardship and work towards difficult goals when they believe they have meaningful roles to play in their families and communities.

Capitalism has indeed made life easier, safer and longer. However, if we want Americans to continue to support the economic freedom that has made this nation a land of opportunity, it is critical to understand that humans are an existential species. We don’t just want to live safe and comfortable lives.

We want our lives to matter.

If Americans don’t believe they can live meaningful lives, they may lose their faith in freedom, as well as their motivation to pursue their economic and entrepreneurial ambitions.

Given the current health and economic crisis our nation faces, we need to promote existential agency to help serve our communities and, ultimately, revive the U.S. economy. 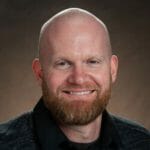 Clay Routledge
Clay Routledge is a professor of psychology at North Dakota State University and a faculty fellow at the Challey Institute for Global Innovation and Growth.
Survey: Ability To Find Meaning in Life Key to Economic COVID Recovery
See more... 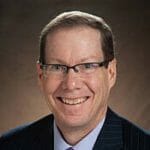 John Bitzan
John Bitzan is the director of the Challey Institute for Global Innovation and Growth.
Advertisement

Kim Kardashian has to fork over big bucks after she promoted a crypto investment without telling her fans some very important information.
By Jack Davis  October 3, 2022

A video shows what happens in Los Angeles when a food delivery robot meets a Los Angeles police crime scene.
By Jack Davis  October 2, 2022
Next