On Friday, the Taliban took control of three major cities in Afghanistan’s southwest region as the insurgents set their sights on the capital city of Kabul.

With the latest advances, the Taliban have almost complete control of southern Afghanistan and could continue their march toward Kabul, Jalalabad and Mazar-i-Sharif — the last major cities still standing.

“Sporadic clashes happened last night, but no serious resistance was reported,” Gul Zaman Naeb, a member of parliament from Ghor Province, over which the Taliban also gained control, told the Times. “When the people woke up this morning, they saw Taliban fighters in the streets and government offices.”

In the past week, insurgents have taken “12 of Afghanistan’s 34 provinces and 14 of its provincial capitals,” reported the Long War Journal, a project published by the Foundation for Defense of Democracies.

The U.S. intelligence community estimated that the Taliban could take control of Kabul, and effectively the entire country, in just 90 days, according to Reuters.

“The most important provinces of the country, Kandahar, Helmand, Herat and Badghis were totally conquered,” Taliban spokesman Qari Yousef Ahmadi said, according to the Long War Journal.

In April, President Joe Biden announced he would order all U.S. soldiers to leave Afghanistan by Sept. 11, 2021, roughly two decades after the U.S. first declared its war on terror. Biden said the U.S. has accomplished its original objectives in Afghanistan.

“We went to Afghanistan because of a horrific attack that happened 20 years ago,” Biden said during the remarks given at Arlington National Cemetery.

“That cannot explain why we should remain there in 2021. Rather than return to war with the Taliban, we have to focus on the challenges that will determine our standing and reach today and into the years to come.”

Following several key takeovers by Taliban forces in July, Biden doubled down and reaffirmed his administration’s plans to withdraw from the Middle Eastern nation. He said the U.S. never went to Afghanistan to nation-build — an attempt by one nation to install a peaceful government in another.

On Thursday, Defense Secretary Lloyd Austin and Secretary of State Antony Blinken informed Afghan President Ashraf Ghani that a small number of U.S. troops would re-enter the nation to evacuate American civilian personnel from Kabul. They also vowed to accelerate flights evacuating locals who assisted U.S. troops on the ground.

“The Secretaries both emphasized the United States remains committed to maintaining a strong diplomatic and security relationship with the Government of the Islamic Republic of Afghanistan,” the Department of Defense said in a statement.

More than 2,300 U.S. soldiers have died since the war against the Taliban began in 2001, according to BBC. More than 110,000 Afghan citizens have either been killed or injured since 2009 when the U.N. began tracking casualties.

Content created by the Daily Caller News Foundation is available without charge to any eligible news publisher that can provide a large audience. For licensing opportunities of the DCNF’s original content, please contact licensing@dailycallernewsfoundation.org.

The anti-Trump congresswoman, who faces a tough re-election vote in next week's Wyoming GOP primary, talked to The New York Times.
By Andrew Jose  August 8, 2022

Fox Contributor Isn't Buying CNN Hack's Flip on Hunter Biden: 'You Tried to Dismiss This Story as a Manufactured Scandal'

Almost two years after the Hunter Biden laptop was first reported, CNN's Brian Stelter has realized Hunter might be a problem.
By Joe Saunders  August 8, 2022

The New York Police Department released images of the suspects in the strange attack in hopes someone will recognize them.
By Jack Davis  August 8, 2022

Rescue Ship Pulls Up to Scene of No Hope, But Diver Listens to the Side of Capsized Boat and Realizes There's Still a Chance

The Spanish coast guard was alerted when a French sailor who had set sail from Lisbon sent out a distress signal late in the evening.
By Jack Gist  August 8, 2022 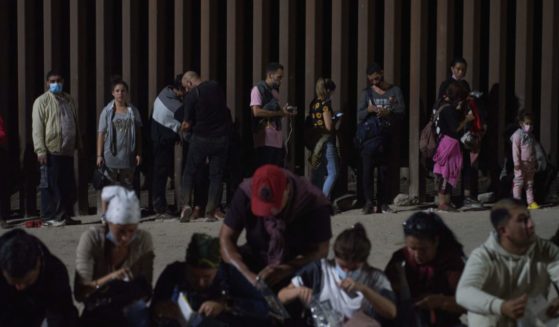 Whatever your personal beliefs, some activities hold a considerably greater chance of infection than there are in, say, attending church.
By Isa Cox  August 8, 2022

'I want to say something, to tell him to stop, but I’m so scared of offending him,' she wrote about the creepy behavior.
By Grant Atkinson  August 7, 2022
Next