June 6, 2019, marks the 75th anniversary of the D-Day landings. As former President George W. Bush has reminded us, “That road to V-E Day was hard and long, and traveled by weary and valiant men. And history will always record where that road began. It began here, with the first footprints on the beaches of Normandy.”

Just a handful of those “weary and valiant men” are alive today. We all owe a great debt to the Greatest Generation who fought in the greatest amphibious invasion in human history. They stormed fortress Europe and brought about the eventual destruction of Nazi Germany. Many of those soldiers were our fathers, grandfathers, uncles, even older brothers. Many never came back.

But for most Americans, the ferocity of D-Day and the human cost of breaking the back of Nazism is known through the experience of the American soldiers of “Easy Company” as told in the book and miniseries, “Band of Brothers.” The book, written by Stephen E. Ambrose, became an international best-seller. The HBO miniseries won a Peabody Award and was nominated for 20 Emmys, taking home six.

Many of these men became my friends. One of them became my mentor. His name was Buck Compton. He taught me about courage under fire. I taught him about peace in the midst of turmoil.

Buck’s D-Day began early on the morning of June 6, 1944. As the green light suddenly glowed a young second lieutenant shuffled up to the door of the C-47 and leaped out into the darkness. Other troopers tumbled out behind him. Parachutes unfurled and clapped open.

The young, green pilots flying the C-47s were attempting to avoid the barrage of German flak and machine-gun tracers filling the air, and in so doing, sped up and took evasive action. As a result, the U.S. paratroopers were jumping way too low and at too high a speed.

The force of the prop blast was so great that the chin strap on Lieutenant Compton’s helmet snapped. At the same time, the rope on his leg bag broke, and he lost all his equipment. As he landed in a Normandy field in the early hours of the Allied Invasion of Europe June 6, 1944, Compton had only a jump knife as a weapon and was miles from his assigned landing zone.

By day’s end, Compton had found 11 members of his company, and together they would engage dug-in German paratroopers, superior in number and equipment, veterans of the Eastern Front, defeat them and assist in destroying four 105 mm cannons which were hammering the American infantry landing of Utah beach. For his bravery and leadership under fire that day he was awarded the Silver Star, the United States Armed Forces’ third-highest personal decoration for valor in combat. 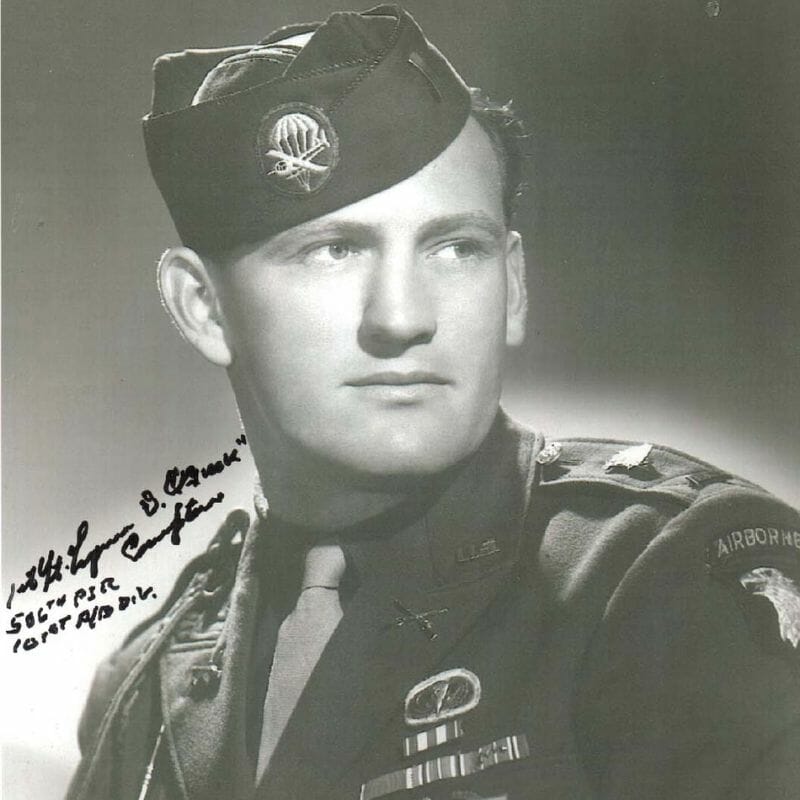 Buck’s heroism didn’t end when he returned to his hometown of Los Angeles. After the war, Buck went on to finish his degree at UCLA. While working as a detective for the LAPD, he completed law school and passed the California Bar. Like my good friend Ken Harrison, Buck loved being in the LAPD. Even though he had a law degree, Buck stayed on the police force.

Eventually, Buck was recruited as a prosecutor for Los Angeles County and worked his way up to chief deputy prosecutor. In 1969, he convicted Sirhan Sirhan for the assassination of Sen. Robert Kennedy. In 1970, Governor Ronald Reagan appointed him to the California Court of Appeals where he served until his retirement in 1990.

I met Buck back in 2000 as a result of producing a documentary on that battle, which occurred at Brecourt Manor in Normandy, and we developed a friendship that lasted until his death in 2012. We traveled together for 10 years all through North America and Europe, even lecturing on leadership and history at the White House and before Members of Congress.

Buck was a mentor, a friend and a colleague. It was Buck who encouraged me to place my name into consideration for appointment as a circuit court judge. He was thrilled when the governor appointed me to the bench, so much so that he traveled to Oregon and spoke at my investiture as a judge. He passed just four months later. I miss him greatly. 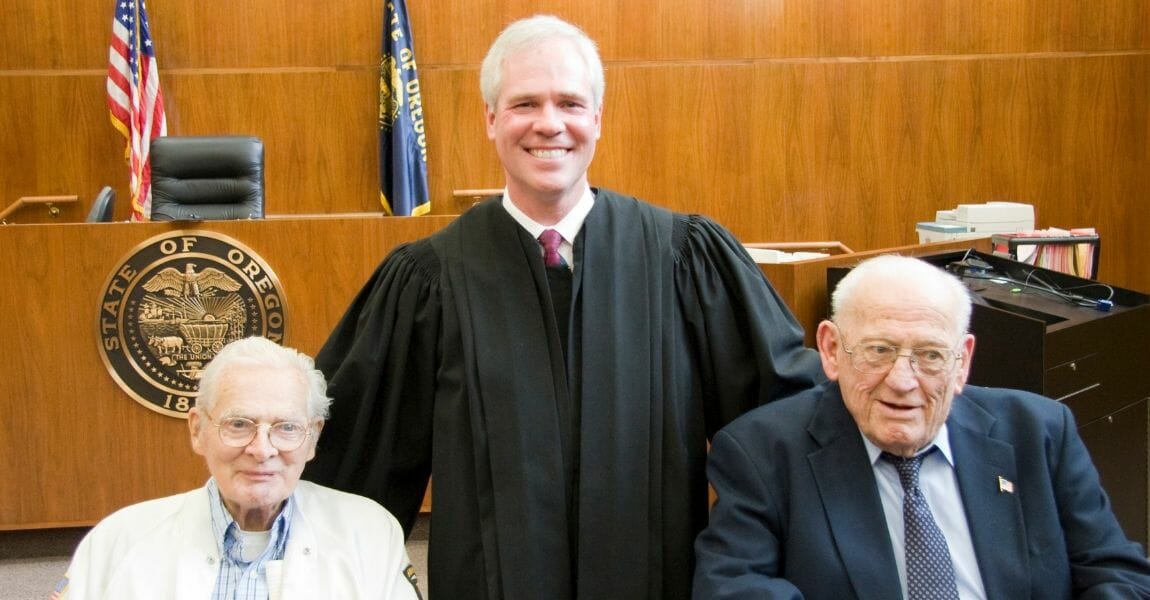 Related:
It Looks Like China Just Deployed Tanks and Artillery to Site of Deadly Clash with India, Moving World Down Worrying Path

First, being an American is a privilege: Buck said, “I consider three years and a wound a small price to pay for the privilege of being born in America.”

Second, your “band of brothers” makes all the difference. The men in Easy Company who fought desperate battles against fearsome odds drew strength and encouragement from one another. That’s why, at Promise Keepers, we’re working so hard to bring men together into change-making teams. Men draw resolve from each other. The Bible puts it this way, “one shall chase a thousand, and two put 10 thousand to flight” (Psalm 68:35).

Third, America is still the land of unlimited opportunity. “You can have anything or be anything you want in this country if you put your mind to it,” he says. “Don’t let anybody take that away from you.”

What we must all do our best, in honor of those “weary and valiant men,” to teach the children of each generation about the tremendous cost in blood and treasure which America spent in order the end the tyranny of Nazi Germany and fascist Japan, liberating millions.

Judge Vance Day is the COO and general counsel of Promise Keepers, whose national event will be held July 31 and Aug. 1, 2020, at AT&T Stadium in Arlington, Texas, home of the Dallas Cowboys. Founded originally in 1990 by Coach Bill McCartney, Promise Keepers was one of the largest Christ-centered movements ever. Today, under Harrison’s leadership, Promise Keepers is calling men back to courageous and bold servant-leadership by sparking a movement that will mobilize millions of men to follow Christ into today’s broken world as changemakers for their families, churches and communities.

Vance Day
The Western Journal publishes select Op-Eds submitted by our readers. If you would like to submit an Op-Ed, fill out a submission form here: https://www.westernjournal.com/writeforus/.
To Solve the Opioid Crisis, Get Tough on the Border and with Foreign Adversaries
It's Official - the Democrats Are the Party of Open Borders
Epoch Times: Our Response to NBC News' Inappropriate Questions
Insurance Companies Impede Health Care Reforms
Kelli Ward: Trump's Victories Are Stacking Up in Arizona
See more...
Advertisement