An American woman who was part of a tour group that was brutally attacked by the Egyptian military is now pushing lawmakers to block the sale of 10 Apache helicopters to Egypt until her medical expenses have been fully reimbursed.

Former professional roller skater April Corley thought she was just going on a romantic vacation with her boyfriend in Egypt in September 2015.

Instead, a helicopter full of Egyptian military repeatedly fired on Corley and her tour group, killing Corley’s boyfriend Rafael Bejarano and 12 others and severely injuring Corley. 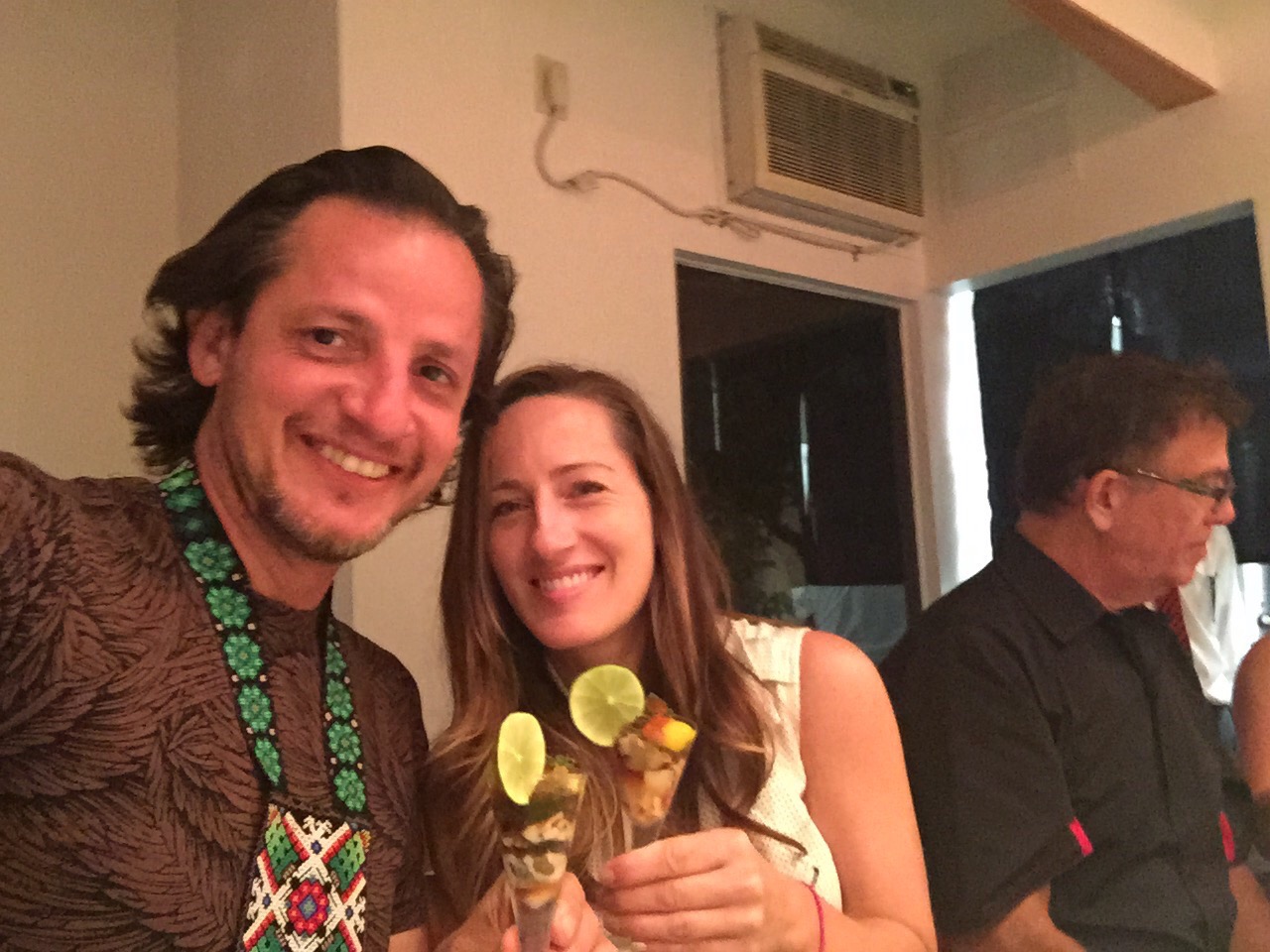 April Corley and her boyfriend Rafael before they were attacked on Sept. 13, 2015. Rafael reportedly had a surprise for April to give her on the trip — she thinks he was planning to propose. Photo courtesy of April Corley.

The attack took the tourist group completely by surprise, Corley said in an interview Friday with The Daily Caller News Foundation.

The group, composed of mostly Mexican tourists and Egyptian tour guides, was taking a lunch break from their tour and listening to music. Corley’s boyfriend took pictures of her as she did cartwheels in the desert sand. Then a Boeing AH-64 Apache attack helicopter approached and began to fire on them — and proceeded to do so for hours until sundown.

“It felt like they wanted to take everything out, leave no trace left,” Corley told TheDCNF.

Egypt’s Interior Ministry claims the Egyptian military mistook them for militants, The Wall Street Journal reported Monday. Egypt‘s Interior Ministry also said the group was in a banned area. However, the group had the required permits and was traveling with a police escort, according to The Journal. (RELATED: Egyptian Journalist Gets Prison Sentence For Interviewing Gay Man)

Corley described one of the tour guides desperately waving a white scarf to signal they were not a threat. Yet the helicopter repeatedly fired on them, flew away and then returned to fire on them again.

Check out her interview last week with “This Morning” on CBS.

While some of the dead were able to be pulled from the wreckage, many of the bodies had been incinerated, The Middle East Eye reported. In a first-person account published Wednesday by Fox News, Corley revealed two survivors made it to a military checkpoint but soldiers did not come help them for hours.

“I was left in the desert carnage, surrounded by charred bodies, bloodied and blackened sand, and burning vehicles,” Corley wrote. “It was hell on earth – and a hell I relive every day of my life.”

“They say it was a mistake,” Corley told TheDCNF. “It felt like a massacre.”

Corley’s injuries were so severe Egyptian authorities were forced to transport her from Cairo to Los Angeles for medical treatment. Since 2015, she has been in and out of hospitals, doctors appointments, therapy, and has received help for post-traumatic stress disorder to overcome her trauma from the ordeal.

Formerly a professional roller skater who had performed and trained with celebrities like Madonna, Katy Perry, and Usher, Corley’s lifestyle has severely changed.

“My life went from being all glitter and rhinestones and roller skates,” Corley told TheDCNF. “I’m so taken down by pain that often I’m surprised when I have a good day when I can get up and do a little bit more. To go from being so vibrant and lively to dealing with all this medical trauma has been severely shocking to my life.

When asked if Friday was a good or bad day, Corley laughed. “Today is an in-between day,” she said.

She was about to head to Fox News as part of the media appearances she has been making while in Washington.

Corley was injured by a Boeing AH-64 Apache attack helicopter purchased from the U.S. government. As an American and a taxpayer, Corley’s lawyer told TheDCNF, she paid for that weaponry.

Now she is ready to demand justice from the Egyptian government. Corley wants Egypt to recognize the damage it has done to her life and to pay her medical bills.

In order for the Egyptian government to compensate for Corley’s past and projected future medical expenses, livelihood, physical and psychological pain and suffering, it needs to reimburse her at least $14,567,320, according to Corley’s lawyers. So far, it has offered her $140,000 in damages.

She also wants to ensure that no more U.S. weapons are used to carelessly harm tourists and wants to create laws allowing U.S. citizens to sue the Egyptian government if they are injured in violent crimes in Egypt.

Democratic Sen. Patrick Leahy of Vermont, vice chairman of the Senate Committee on Appropriations, co-authored a letter with Democratic Rep. Nita Lowey of New York, chairman of the House Committee on Appropriations, on March 29 in which the two urged U.S. Secretary of State Mike Pompeo not to finish the sale of 10 AH-64E Apache Helicopters to Egypt for $1 billion until the Egyptian government agrees to repay Corley. The State Department approved the sale on Nov. 27, 2018.

U.S. should not approve sale or upgrade of Apache helicopters or other lethal equip. for #Egypt, until American citizen April Corley receives fair compensation for her grievous injuries caused by Egyptian military. My letter w/ @NitaLowey to Sec. Pompeo: https://t.co/qYJ4EgjliL pic.twitter.com/TiEtCZk61l

Corley said Pompeo also raised her case with the Egyptian government in January during a trip to Cairo. She hopes that President Donald Trump will raise the issue with Egyptian President Abdel Fattah el-Sisi when the two leaders meet on April 9 at the White House.

“Postponing the sale would give a clear message to Egypt that they can’t do this to people. I want them to take some accountability,” Corley told TheDCNF.

She also wrote in the Fox piece that the completion of this sale would send the message that Egypt can “use U.S. weapons to kill or injure Americans with total impunity.”

“I am still seeking justice from the Egyptian government,” she told TheDCNF. “The performer in me feels like I just need to keep giving it my best shot. Having the support of people helping me to tell the story is encouraging. … That connection helps me to put one foot in front of the other.”