All Hell Breaks Loose When Sen. Hirono Interrupts Cruz, Accuses Him of 'Mansplaining' in Committee Hearing 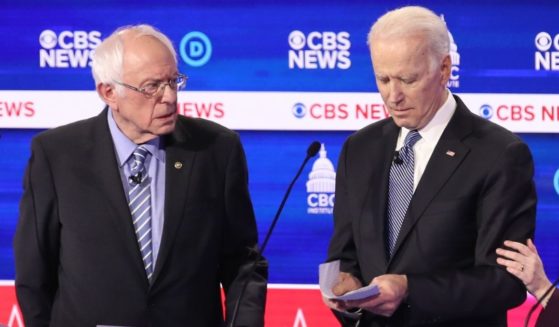 ANKARA, Turkey (AP) — A police officer angered that his request for a transfer was rejected fired shots at his superiors inside a police station in northern Turkey on Tuesday, killing the local police chief and wounding two other officers.

The attack occurred in the Black Sea coastal city of Rize after the police chief met with a traffic police officer but turned down his request for a new posting, Rize Gov. Kemal Ceber told reporters.

Ceber said the assailant had left his gun at security before entering the police chief’s office. But he grabbed his gun on his way out, rushed back into the office and fired at the police chief, the governor said.

The police chief, Altug Verdi, died of his wounds in hospital, Ceber said. The station’s personnel officer and Verdi’s bodyguard were also hospitalized, but weren’t in serious condition.

The attacker was immediately subdued and detained.

'There is not going to be a bipartisan agreement without a major reconciliation package,' Vermont Sen. Bernie Sanders said.
Erin Coates June 24, 2021 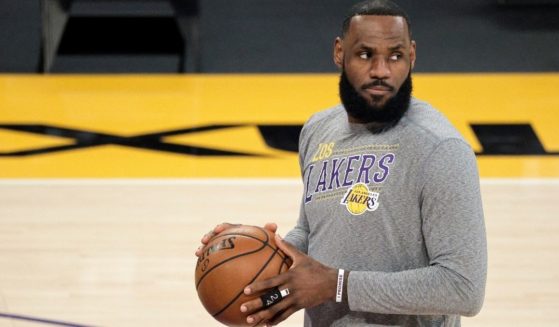 James has come under scrutiny for his connections to China, some of which have emerged because of his partnership with Nike.
Erin Coates June 24, 2021

Laura Ingraham: Defund the Military Until Critical Race Theory Is Eradicated from It

'Why would anyone risk his or her life for a country that's systemically racist? One that brutalizes minorities?'
Taylor Penley June 24, 2021

Democrats are ignoring the obvious reason for the spike in crime, and instead choosing to use it as an opportunity to push gun control.
Elizabeth Stauffer June 24, 2021

American Basketball Player Imprisoned in China Looks at His Rice, Discovers the Horrific Reality of the Country

'They do their justice system totally different than we do ours,' basketball player Jeff Harper said. 'I’m not a fan of it.'
C. Douglas Golden June 24, 2021

'If you think you need to have weapons to take on the government, you need F-15s and maybe some nuclear weapons,' Biden said.
Taylor Penley June 24, 2021

It's a wonder we defeated the Nazis without our white soldiers checking their privilege, and our black soldiers resenting them for having it.
Kevin Catapano June 24, 2021

Forced to 'Act as a Billboard': Atheists Outraged at 'In God We Trust' on MS License Plates

A group of atheists is suing to try to force the state to offer free license plates that exclude the phrase, 'In God We Trust.'
Rachel Bratton June 24, 2021

Administration officials believe that 'stemming the supply of illegally trafficked firearms' will result in a reduction of the crime rate.
Elizabeth Stauffer June 24, 2021