Biden Urged to Issue Another Sweeping Order, This Time Against the Unvaccinated

Joe Biden has a China problem. His administration has been highly inconsistent with the direction it wants to take American relations with the East Asian power, and it’s beginning to become a genuine concern.

At the G-7 summit last weekend, Biden pushed the world leaders in attendance to take firmer stances against China. This call followed an executive order he issued weeks earlier to ban American businesses from investing in companies believed to be linked to the Chinese military and its partners. The executive order built off a blacklist initially issued by the Trump administration to protect the United States against companies believed to support China’s military operations.

This mixed signal is the latest contradiction in a pattern that analysts have seen develop rapidly over the last 100-plus days of this presidency, and it has rightfully raised alarm bells.

While Biden spent years downplaying China’s threat to U.S. competitiveness and national security, he has appeared to understand better the risk the country poses to America’s security interests since his election.

In February, he put forward an executive order focused on ensuring the U.S. pharmaceutical industry and other key American supply chains aren’t overly dependent on the People’s Republic.

Then in March, he made regulatory changes that gave the Commerce Department more power to crack down on dangerous “information and communications technology services” transactions between the U.S. and foreign actors like China.

But for every common-sense move like these, the administration appears to make two others that limit the U.S.’s ability to fend off Chinese aggression.

Rescinding the WeChat/TikTok orders is the most recent example, but it’s not the only one. For example, just one day after Biden issued his June 3 executive order that expanded Trump’s blacklist of U.S. investments in certain Chinese companies, The Wall Street Journal reported that his Department of Defense is exploring funding research into rocket-based military cargo vehicles such as those being produced by Elon Musk’s SpaceX.

SpaceX shares research and development work with Tesla, another Elon Musk-backed venture with profound ties to China and its government.

If the administration agrees with the intelligence community that ties to China open the door to theft and weaken national security, why would it enter into a research agreement with a firm whose CEO is dependent on communist regime funds and whose work China targets and steals? This decision could only come from an administration yet to establish a clear philosophy for dealing and engaging with the communist regime.

From an organizational standpoint, inconsistency in U.S. foreign policy can lead to holes in enforcement by regulators and allow further erosion of the country’s security apparatus to occur.

From a diplomacy standpoint, the mixed messages won’t help negotiations with Beijing, which have already been contentious. They also hurt America’s ability to coordinate with its democratic allies, which it needs to form a strong coalition against China.

For the sake of U.S. national security and America’s long-term relationship with the People’s Republic, it’s high time for the president to develop his Biden Doctrine and stick to it.

If the president is serious about cracking down on China, he needs to find the source of the inconsistencies within his administration. That should start with streamlining his advisers.

Kurt Campbell, President Biden’s primary adviser on China and the Indo-Pacific region, has towed the China crackdown lines quite effectively for some time. He recently said at a virtual seminar that, “The period that was broadly described as ‘engagement’ [with China] has come to an end” and that competition with the country is the new reality.

While Campbell recognizes the strong approach that the U.S. must take against China moving forward, other prominent members of the president’s inner circle don’t appear to be on the same page.

For instance, Secretary of State Antony Blinken is known for his more dovish approach to Pacific diplomacy.

In September, Blinken told the U.S. Chamber of Commerce that decoupling from China is “unrealistic and ultimately counter-productive.” Complete decoupling isn’t what concerned analysts are proposing. Instead, they want what Biden should want — targeted shielding of America’s vital sectors that uphold its strength and security.

Nevertheless, influential officials like Blinken continue to muddy the water and make it harder for the president to offer a concise policy direction.

This administration must prioritize the security of this nation now while it’s still in a position of strength. That may mean re-evaluating whose opinions are helping guide the ship. When it comes to America’s security, feelings can never take precedent over making decisions that keep the public safe. Hopefully, Biden understands the importance of a consistent guiding doctrine and acts swiftly to solidify it.

America’s future is at stake. 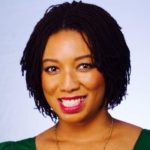 Stacy Washington
Stacy Washington is a decorated Air Force veteran, an Emmy-nominated TV personality and the host of “Stacy on the Right” on SiriusXM Patriot 125. She is also a co-chair of the National Center for Public Policy Research's Project 21 black leadership network.
Biden Needs to Straighten Out His China Policy
See more...
Advertisement

'I have private security because my body is worth being on this planet right now.' Democratic Rep. Cori Bush of Missouri said.
Erin Coates August 5, 2021

'Passing these Special Session agenda items will chart a course towards a stronger and brighter future for the Lone Star State,' Abbott said.
Dillon Burroughs August 5, 2021

'This brings us to what Florida Gov. Ron DeSantis said on Wednesday to President Biden, which is absolutely what needed to be said.'
Mike Huckabee August 5, 2021

The study reportedly shows there is 'almost a 100% chance that a person will be noninfectious in four to six days.'
Taylor Penley August 5, 2021

We must treat transgenders with respect. We needn't, however, place them on a pedestal -- or ignore any that pose a threat.
Elizabeth Stauffer August 5, 2021

'Climate Czar' John Kerry's Private Jet Has Been Flying All Over the Place in 2021: Report

For landlords who rely on rental income to stay above water - particularly small owners - this was yet another blow
C. Douglas Golden August 5, 2021

Talk sweetly to the stupid parents. Smile. Tell them it's all about quality education. Whatever you do, don't mention critical race theory.
Mike Landry August 5, 2021

Flashback: Remember When Cuomo Was a COVID Hero? Here Are Just a Few Examples of Fawning Media Coverage

Though the left has some harsh words for New York Gov. Andrew Cuomo now, never forget they once hailed him as their pandemic leader.
Taylor Penley August 5, 2021