The Cleveland Browns starting quarterback got hurt when he fell without contact and landed on his hand and wrist in the first quarter of Thursday night’s exhibition.

Taylor returned, but he remained in the locker room in the second half for treatment and left FirstEnergy Stadium before speaking to the media.

TRENDING: Biden Does It Again, Nukes 1,500 Jobs That Would Have Paid $150 Million Per Year

Taylor was expected to undergo more tests Friday. He went on social media to thank Cleveland fans for prayers and promised to make good on an appearance commitment.

Thanks for the prayers Cleveland I’m doing well. Come meet me later @XHIBITION_ at 6:30pm.

Do you think the Browns should start Baker Mayfield over Tyrod Taylor this season?
20% (1 Votes)
80% (4 Votes)

Browns coach Hue Jackson is expected to provide an update on Taylor, who is starting ahead of Baker Mayfield, the No. 1 overall draft pick.

Mayfield replaced Taylor in the first half and got his first snaps with Cleveland’s first-team offense.

The No. 1 overall pick mixed impressive throws with an interception, finishing the game 8-for-12 for 76 yards.

With Tyrod Taylor out with a hand injury we might see Baker Mayfield starting week 1 👀pic.twitter.com/3r31pZECNH

The Browns open the regular season on Sept. 9 against Pittsburgh.

Dan Calabrese: Turns Out Cuomo Was Just Another Disposable Puppet for the Anti-Trumpers 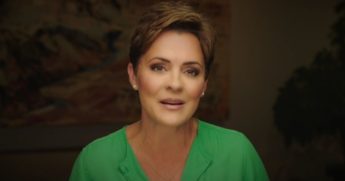 Fact Check: Did Nadler Say 'God's Will Is No Concern of This Congress'? Yes, He Did and There's More

Al Drago / Getty Images Fact Check: Did Nadler Say 'God's Will Is No Concern of This Congress'? Yes, He Did and There's More