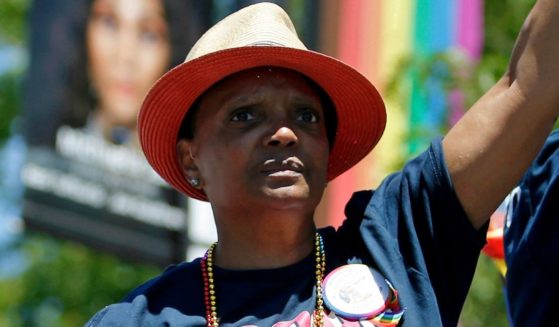 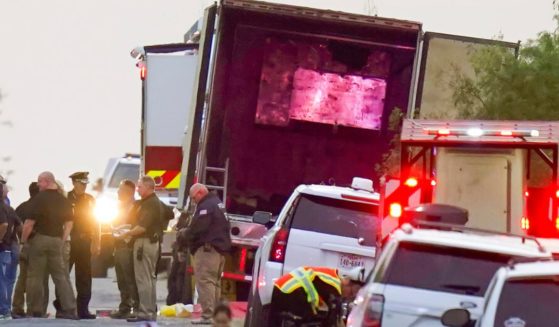 Most people tend to tune out news programming on the weekends, and that’s a good thing — unless you want to see the unhinged, tone-deaf side of cable news you don’t usually get on weekdays.

Tiffany Cross on MSNBC is one of the go-tos if you suffer from hypotension and need to raise your blood pressure a few notches, for instance. In one memorable episode, she called South Carolina GOP Sen. Tim Scott, who is black, a “token” and said he was the kind of person “Harriet Tubman would have left behind.”

At the same network, Al Sharpton hosts “PoliticsNation,” where the éminence grise of grievance politics grapples with the issues of the day and/or the teleprompter. Over at CNN, Brian Stelter hosts “Reliable Sources;” the network might as well air a show called “Your Favorite Democrat with Roger Stone.”

CNN’s Michael Smerconish is reasonably fair, considering his employers let Mr. Stelter get away with that title. He’s also a ghastly bore, which is why he’s buried away in the Saturday schedule.

However, he can have guests like Dr. Robert Klitzman, a man who believes faith kills — which is why he wants to put careful “guidelines” on how the Biden administration will handle religious exemptions from the new vaccine mandate.

A segment on Smerconish’s latest show ostensibly dealt with what constitutes a “sincere” religious belief.

Smerconish noted that no major religious denomination has come out in opposition to the COVID-19 vaccine. Never mind the millions of Americans who belong to non-denominational congregations.

According to the Equal Employment Opportunity Commission, religion includes “religious beliefs that are new, uncommon, not part of a formal church or sect, only subscribed to by a small number of people, or that seem illogical or unreasonable to others.”

“That puts employers in the difficult position of determining what is a legitimate religious belief and what’s a dodge,” Smerconish said.

State and federal authorities should come up with guidelines on religious exemptions for vaccine mandates, bioethics and psychiatry professor Robert Klitzman tells @smerconish.

“The problem is a lot of religious exemptions that people are claiming…are based on myths.” pic.twitter.com/N7GakrAKZO

One can quickly think of a way this problem could have been avoided — not forcing employers to determine what constitutes a sincere religious belief in the first place — but that likely isn’t Smerconish’s take. Instead, we have Klitzman, the head of the bioethics master’s program at Columbia University.

He wants to make sure people aren’t just “checking off the box” to get a religious exemption from the vaccine mandate.

Klitzman had previously written an Op-Ed for the Los Angeles Times that mined much of the same territory, claiming religious exemptions would present a serious impediment to beating the coronavirus.

Related:
Trump's Best Speech Ever? 90-Second Clip from Friday May Be the Best Trump Footage We've Ever Seen - We Worship God, Not Gov't

“Pope Francis and the national leadership of many churches, including Mormon leaders and the National Assn. of Evangelicals, have strongly endorsed vaccination,” he wrote. “Alas, not all religious organizations are complying.”

That’s the language you want to use. Why won’t you just comply, vaccine-hesitant people?

Klitzman’s bit on Saturday was in the same vein and even went a bit farther, twice drawing a link between faith and death.

In fact, he led off with the story of a patient with treatable cancer who “decided that prayer alone and Chinese herbal medicine was going to help her.

“And that is what she pursued instead of medical treatment, and she came back to the hospital not long afterwards and the cancer had basically taken over her body. … So her religious beliefs contributed to her death, unfortunately,” Klitzman said.

Just two sentences later, he used Islamic terrorists as an example of why religious freedom should be curbed and questioned during a pandemic.

“So there are people who say — for instance, there are some Muslims who are jihadists, who say my religious belief is that I should kill infidels,” Klitzman said.

Yes, Klitzman is conflating the decision not to get vaccinated with the jihadist’s decision to kill innocent people. Perhaps this example was spitballed on the fly. Perhaps Dr. Klitzman needs to learn how to spitball better.

He went on to say that “we need to come up with guidelines. I think that the Biden administration and state and local health departments, for instance, need to say, ‘Here is what can be done rather than just checking off a box.'”

“I think people are using it as an excuse,” Klitzman added.

“People are saying, ‘I just don’t want a vaccine, be it because of my political views or I don’t want someone jabbing me in the arm.’ But we need to remember that by not getting a vaccine, we are putting other people in danger.”

So, if we were to reduce this to an elevator pitch to get shots in the arms of those who are unvaccinated because of a religious belief, real or spurious, here’s Klitzman’s take: “Jihadists kill. Therefore, faith kills. Religion is all an excuse to disobey the government, anyhow. Stop getting in the way, plebs.”

Klitzman’s solution would put the presumption of fakery on religious exemption applicants, forcing them to either prove to the government their religious belief is genuine, take a vaccine that goes against those deep-seated beliefs, or potentially lose their jobs.

This is a pathway to compliance for Dr. Robert Klitzman. This is what’s supposed to foster trust in the vaccines and in the government. Something this counterproductive would almost be funny if it weren’t so serious.

Two Mexican citizens have been charged in connection with the deaths of over 50 illegal immigrants found in an abandoned tractor-trailer.
By Jack Davis  June 29, 2022 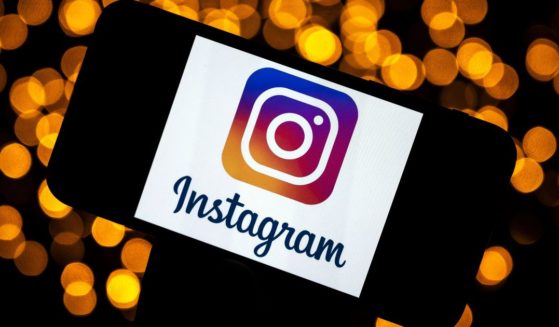 The photo came after a major paper questioned whether America was ready for black people exercising their rights, as well.
By C. Douglas Golden  June 29, 2022 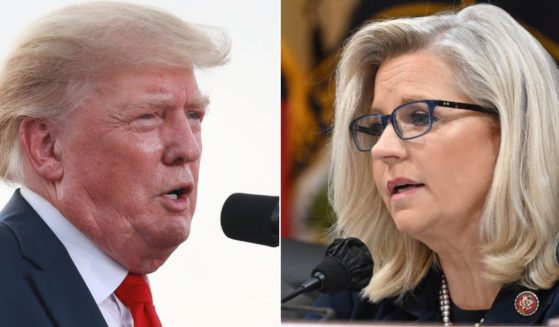 Liz Cheney Appears to Hint at Criminal Prosecution of Trump

The testimony from a former Trump White House aide at the Jan. 6 committee hearings is being hailed as evidence that could spur prosecution.
By Abby Liebing  June 29, 2022 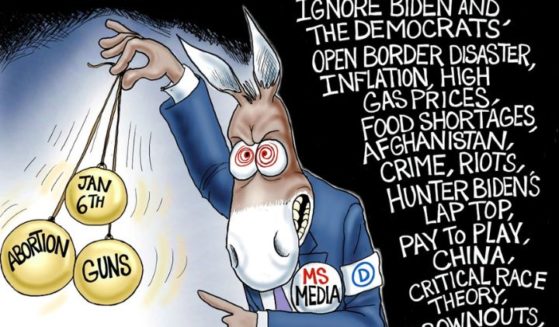 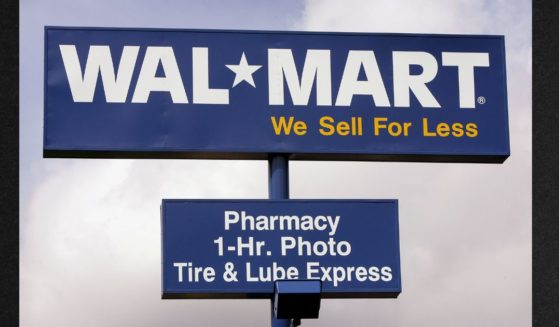 A cancel culture effort to punish Justice Clarence Thomas by removing him from his teaching position has failed.
By Jack Davis  June 29, 2022

The US is increasing troops and military equipment in Europe and will now have a permanent presence in Poland.
By Abby Liebing  June 29, 2022 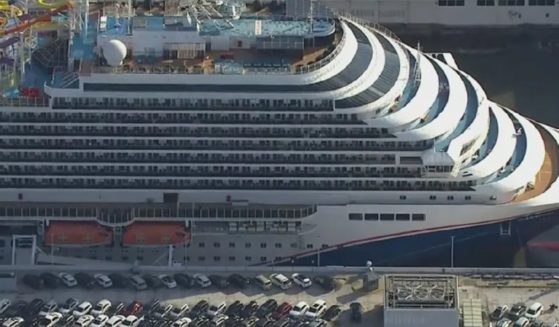 Passengers aboard one cruise ship had a wild ending to a recent trip, when a dance floor dispute turned into a massive melee.
By Jack Davis  June 29, 2022 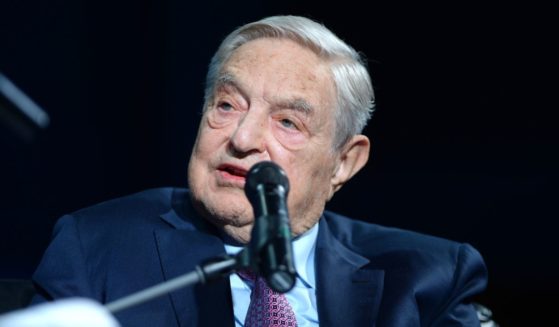 The Sinister Link Between Biden Admin and a Soros-Funded Group

George Soros is coming under fire after a shadowy group he's linked to authored a memo that may have influenced Biden administration policy.
By C. Douglas Golden  June 29, 2022
Next