US Navy Assault Ship Reduced to Scrap After Alleged Sabotage, US Sailor Charged

South African Swimmer Takes Olympic Gold, But It's What's on Her Cap That Has Us Cheering

The Clock Is Ticking: Millions of Americans Could Become Homeless Within Weeks After Biden Administration and Democrats Refuse to Act

There are many conservative voices on social media and to help navigate them all we’ve compiled a list of 14 conservatives to follow on Twitter in 2018. Now, this is not meant to be an exhaustive list, in fact, your favorite person may not be on this list and if that’s the case, comment below and share your favorite. But here are some to get you started.

Ben Shapiro is the editor-in-chief at The Daily Wire, syndicated radio host, columnist and host of “The Ben Shapiro Show.” The pinned tweet at the top of his profile says, “Facts don’t care about your feelings,” which should tell you a lot about Shapiro.

Facts don't care about your feelings.

A recent Spectator USA profile on him says, “Shapiro may be a bit soft for many of his rivals on the internet. What really hurts, however, is that he’s a bigger deal than all of them now. And his fans worship him.” Shapiro easily makes this list.

Trending:
Maskless GOP Rep Tells Pelosi to 'Come and Get Me' as Capitol Police Are Ordered to Arrest Those Who Don't Comply with Mandate

Charlie Kirk is the founder and executive director of Turning Point USA. According to their website, the organization’s mission is to, “Identify, educate, train, and organize students to promote the principles of freedom, free markets, and limited government.”

The left destroys everything it touches

Cultural marxists are determined to destabilize western society via our culture, education system, and media

It won’t be easy, but we will win, and they will lose pic.twitter.com/gA4n3XM0Yh

Matt Walsh, a Catholic and passionate writer, speaker and influencer, is also a columnist for The Daily Wire and self-dubbed “truth sayer.” Walsh’s new book “The Unholy Trinity: Blocking the Left’s Assault on Life, Marriage and Gender” aims to take on these three issues that the left attacks.

I have been the target of internet outrage mobs more times than I can count. Here's my one step plan for dealing with them:

1) Do nothing. They have no power. All they can do is complain. You can put your phone down and it's like they don't even exist. So relax. And do nothing.

“Professor, free speech advocate, pro-life speaker, author of “Letters to a Young Progressive,” and columnist at (Town Hall),” reads Mike Adams’ Twitter profile description. Besides being actively involved in legal challenges to campus censorship, Adams also regularly retweets Christian satire site The Babylon Bee. His feed is also one of the more humorous accounts out there.

In response to Trump's success in Korea, I fully expect another Nobel Peace Prize to go to Obama.

“Ryan T Anderson, PhD, is the William E Simon Senior Research Fellow at the Heritage Foundation & Founder and Editor of the online journal Public Discourse,” according to his Facebook page.

Anderson’s latest book is “When Harry Became Sally: Responding to the Transgender Movement.”

Biology isn't bigotry, and there are human costs to getting human nature wrong. Keep that in mind whenever anyone proposes a false "compromise" when lives are at stake. https://t.co/8KanwWd0tk

The host of the hugely popular “Louder With Crowder,” which airs on his YouTube and Facebook pages, Steven Crowder is one to keep tabs on.

So much to celebrate. #IranDeal pic.twitter.com/GVjX5HnfIh

She’s the senior editor at The Federalist and, according to her bio, has had her work appear in “Wall Street Journal, USA Today, the Los Angeles Times, the Guardian, the Washington Post, CNN, National Review, GetReligion, Ricochet, Christianity Today, Federal Times, Radio & Records and many other publications.”

A great example of what I said earlier on the TeeVee: what media intend as strongly critical coverage of Trump conveys as positive underlying news about direction of country to tens of millions of Americans https://t.co/XsvYq9GtHW

Mike Huckabee is a former governor of Arkansas and former presidential candidate. He really does not need an introduction. His Twitter account is full of witty and humorous takes on the political landscape.

Once again @realDonaldTrump keeps a promise. Iran deal is deader than Osama Bin Laden. I'm in Israel right now and there is gratitude for a US President who stands up FOR allies and stands up TO enemies. Refreshing!

Of course not. Laws are ignored for liberals and weaponized for conservatives. And Americans are sick of the double standard. https://t.co/W73jNxP2E1

She is a nationally syndicated radio host, staunch Second Amendment supporter and bestselling author. Her latest book, according to her website, is titled “Flyover Nation” and it “shines the light of truth on everything from feminism to gun violence to abortion.”

For those triggered every time I’m on TV, third hour of my radio program just began! Thanks for letting me use your outrage as an opportunity to remind everyone. #DanaRadio

No one “sent” anyone anywhere to “intimidate” you. The man was walking with his young sons and when he politely asked question (on video) your hired gun pushed him from the public park, in front of his kids. The law-abiding NRA member deescalated the situation your guard caused. https://t.co/lrCPhY9SB1

According to his website, “The Mark Levin Show has been one of the top rated and hottest shows on Talk radio broadcasting daily on nearly 400 stations since its inception. He is also one of the top authors in the political arena. Mark’s show on WABC in New York City skyrocketed to Number 1 on the AM dial in his first 18 months on the air in the competitive 6:00 PM and hasn’t looked back since.”

Media desperately lobbying to keep the disastrous Obama sellout deal to Iran. The propaganda this morning is relentless.

Why doesn’t Tapper just put on the Democrat clown suit and be done with it? https://t.co/F6JQivWDvO

Michelle Malkin is the host of CRTV’s “Michelle Malkin Investigates” and has written six books. She also has other fun facts on her website which include her 6.5 shoe size and her first car was a 1993 Toyota Tercel.

#flashbackwednesday #ripottowarmbier #neverforget
Rejoicing that 3 American detainees in North Korea will come home late tonight alive. But Otto Warmbier was not so lucky. And don't forget how he was mocked & savaged by his own bigoted countrymen==> https://t.co/dxeMXdwvXu

As communications director at Turning Point USA, Candace Owens has a large following and consistently sees high Twitter engagements. There’s a reason for it.

One email, one phone call, and I am now putting together a legal fund to go after publications that think they can smear and libel black conservatives who dare to think for themselves.

Do you guys remember Gawker?
Yeah, me neither.

I am truly honored and humbled by this. I was just a girl on YouTube who had an idea that black people could rise above the victim narrative and embrace the opportunities of our future.
This tweet is an affirmation I will never forget. ❤️

Dennis Prager is the host of the “Dennis Prager Radio Show” and founder of PragerU. PragerU provides the “best ideas from the best minds and distill them down to five focused minutes.”

Ask a Democrat you know one question: “What would prevent more shootings — more gun laws or more fathers?"

“Thomas Sowell has taught economics at Cornell, UCLA, Amherst and other academic institutions, and his Basic Economics has been translated into six languages. He is currently a scholar in residence at the Hoover Institution, Stanford University. He has published in both academic journals in such popular media as the Wall Street Journal, Forbes magazine and Fortune, and writes a syndicated column that appears in newspapers across the country,” according to Amazon.com.

“One of the most pathetic—and dangerous—signs of our times is the growing number of individuals and groups who believe that no one can possibly disagree with them for any honest reason.”

“One of the reasons it has taken so long for some people to finally see through Barack Obama is that people do not like to admit, even to themselves, that they have been played for fools by a slick-talking politician.”

"If you want to see the poor remain poor, generation after generation, just keep the standards low in their schools and make excuses for their academic shortcomings and personal misbehavior. But please don't congratulate yourself on your compassion." 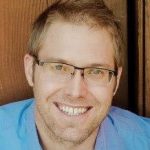 Thousands of French citizens protested for the third weekend in a row after lawmakers passed a bill introducing vaccine passports.
Kipp Jones July 31, 2021

'I am asking for everyone at the U.S. Capitol to remain peaceful,' Trump posted. 'No violence! Remember, WE are the Party of Law & Order.'
Isa Cox July 31, 2021

Bowser's office did not immediately answer if 'the mask mandate was put into effect Saturday so she could celebrate her birthday on Friday.'
Andrew Jose July 31, 2021

Infamous Democratic Lawmaker Busted Using Money That Doesn't Belong to Him at Strip Club, Has a Smug Answer When Confronted

Michigan Democrat Jewell Jones, who has a history of legal trouble, is raising eyebrows for spending campaign money at a strip club.
Garion Frankel July 31, 2021

An American aircraft carrier is now involved after two people were killed on an oil tanker in a suspected Iranian attack.
Jack Davis July 31, 2021

'President Biden might say he knows how to reduce inflation, but all he really knows about is the opposite.'
Mike Weinberger July 31, 2021

It looks like weekly coronavirus testing awaits all students and staff of LA's schools, regardless of vaccination status.
Jack Davis July 31, 2021

These Massive US Companies Are Among the Biggest in the World... And They Just Hit Employees with a Big Vaccine Requirement and Told Them the Clock Is Ticking

'We remain focused on guidance issued by health experts, including the CDC, as well as state and local health departments.'
Kipp Jones July 31, 2021

The group appears to have plotted to disrupt school operations so that Cross would not be allowed to return to school.
Isa Cox July 31, 2021

It was certainly a traumatizing experience for the family, but they couldn't have been in a better place with all the paramedics on hand.
Amanda Thomason July 31, 2021