High-ranking Democrats are quickly losing patience with Xavier Becerra, President Joe Biden’s controversial pick to head the Department of Health and Human Services, over his handling of the crisis on the border, according to a report.

Becerra, the former California attorney general, was confirmed as the head of HHS on March 18. Since that time, officials close to the Biden administration are reportedly questioning his ability to effectively lead the agency.

Becerra had no previous experience with regard to matters of public health before his nomination, which led to some hesitancy when he was tapped to run the cabinet-level department which is tasked with overseeing the direction of programs relating to public safety and health.

The partisan Democrat has apparently proven detractors to his nomination correct throughout the last month.

Politico, citing eight sources inside the White House or close to the Biden administration, reported the lifelong Democrat is losing the confidence of those who work with him, particularly over his handling of the crisis at the border.

“The dissatisfaction with Becerra centers on complaints he’s been slow to take charge of the response since his confirmation on March 18, according to eight current and former government officials and others familiar with the situation,” Politico reported.

The outlet noted that the White House has “scrambled to find new shelters and speed the vetting of adults to care for the children as thousands remain in packed detention facilities along the border.”

There are reportedly concerns from high-ranking administration officials that Becerra might not be able to handle an expected influx of even more child migrants in the coming months.

Doubt expressed by those who spoke to Politico centered on the fact that months into the border crisis, HHS doesn’t have a clear plan with regard to finding permanent homes for unaccompanied migrant minors.

The White House has made it clear those minors will not be deported back to their home countries.

“[Becerra] did not fully appreciate the issue when he first came in,” a senior Biden administration official was quoted by Politico as saying.

“It’s been a steep learning curve for him.”

Politico reported the White House is “dismayed” at the slow progress being made to process minor migrants. There are an estimated 20,000 such children awaiting processing who have been cramped into detention facilities along the border as more come across from Mexico and Central America daily.

The spokesman for HHS, Mark Weber, confided to Politico that there has been some controversy over the humanitarian crisis at the border — and Becerra’s reported dysfunctional handling of it — but said criticism of the former California AG is unfounded.

“Suggesting [Becerra] doesn’t have a grasp on the issue … that is not apparent from the inside,” he stated. “You don’t get to be nominated to be HHS secretary unless you know what’s going on.”

Weber also told Politico that Becerra is constantly in the loop with HHS officials with regard to alleviating the strain on the system placed by the influx of migrant crossings since Biden took office.

But a person close to the inner workings of the relationship between HHS, the Department of Homeland Security and the White House told Politico that there is a lack of patience for Becerra’s mishandling of the crisis on the border.

“We are frustrated with the speed with which HHS is reacting to the flow of unaccompanied children,” the source said. “There’s enough blame to go around, but we hope HHS would be out front on this.”

Kipp Jones
Johnathan "Kipp" Jones has worked as a reporter, an editor and a producer in radio, television and digital media. He is a proud husband and father.
Johnathan "Kipp" Jones has worked as an editor and producer in radio and television. He is a proud husband and father.
Officials Discover Major Felons Among Refugees Vetted by Biden Admin and Brought to US
Congressman: Biden Has Committed an 'Impeachable' Offense and TX Gov. Abbott 'Ought to Start Disregarding' Him
Watch: 2-Year-Old Has Asthma Attack as Flight Attendants Force Mask on Him
What Does Milley Know? Trump Says General Is Holding Biden's Secret Close
Stats Show Alarming Change in Police Behavior Since George Floyd Riots - We're in Serious Trouble
See more...
Advertisement

The Biden administration's vetting of Afghan natiionals is again under fire after two dangerous criminal 'refugees' were detained by ICE.
By Kipp Jones  September 17, 2021

'WJ Live': 'F*** Biden' - The Controversial Statement That Might Be the Least of Our Worries

Across the United States, Americans are blasting Biden for his actions in the White House, but Democrats have treated conservatives worse.
By Rachel Bratton  September 17, 2021

On Friday, Gen. Mark Milley said calls to his Chinese counterpart in the waning months of the Trump presidency were appropriate.
By Brett Davis  September 17, 2021

'It is unlikely that the vehicle and those who died were associated with ISIS-K or were a direct threat to U.S. forces.'
By Dillon Burroughs  September 17, 2021

Bob Ehrlich: Heartland America Will No Longer Be So Easily Silenced Amid Leftist Chaos

'At its core, America should be defined by diverse opinions, individual liberties and a most unusual experiment in melting-pot assimilation.'
By Bob Ehrlich  September 17, 2021

Congressman: Biden Has Committed an 'Impeachable' Offense and TX Gov. Abbott 'Ought to Start Disregarding' Him

Republican Rep. Chip Roy of Texas called on his governor to ignore President Biden and secure the southern border.
By Kipp Jones  September 17, 2021

Watch: 2-Year-Old Has Asthma Attack as Flight Attendants Force Mask on Him

Video shows a tramuatized toddler being kicked off an airplane after having an asthma attack and being forced to wear a mask.
By Kipp Jones  September 17, 2021

Steve Baldwin: As the Reality of California Becomes Clear, Will Red States Have the Guts to Make Things Right? 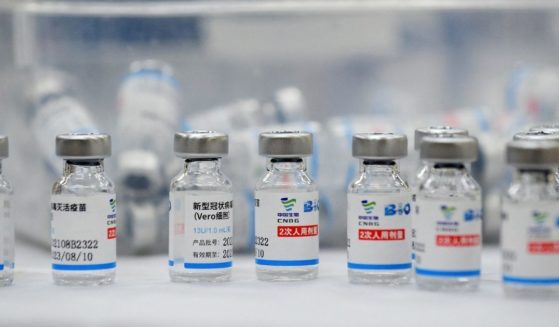 Bahrain had used China's Sinopharm vaccine, which performed poorly in real-world tests the state ran on the jab.
By C. Douglas Golden  September 17, 2021 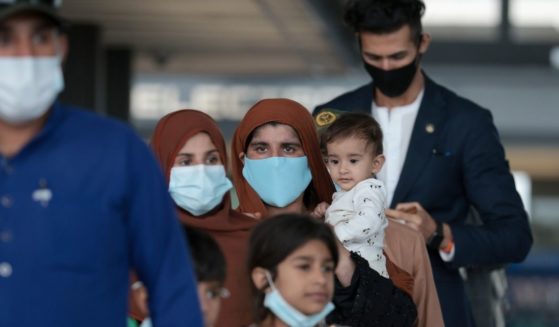 While the large numbers have concerned some Americans, the 37,000 refugees are only the first ones who will be making their homes in America.
By Dillon Burroughs  September 17, 2021