These are the famous faces who passed away in November 2019.

Rudy Boesch, 91, was the oldest contestant to have appeared on the reality television show “Survivor.” The decorated U.S. Navy veteran died on Nov. 1 after battling Alzheimer’s disease.

It is with a broken heart that we inform you that Master Chief Rudy Boesch passed away last night. Master Chief was a legend in the SEAL and Special Operations community. Rudy proudly served our Nation from 1944-1990 and his impact on so many individuals continues today. Please join us in respecting his family’s wishes of privacy until we can release more details. God Speed Rudy!

Actor Brian Tarantina was found dead in his New York apartment on Nov. 2, according to WCBS. He was 60 years old.

His most recent role was a bartender named Jackie in the Amazon Prime Original “The Marvelous Mrs. Maisel.” He also played Bootsy in the popular 2000s comedy-drama “Gilmore Girls.”

The Gaslight won’t be the same without you. Thank you Brian Tarantina for sharing in all of the laughs. Sending love to his family and friends in this difficult time. pic.twitter.com/J1R1ijF3tE

The original “Marlboro Man,” Robert Norris passed away at age 90 on Nov. 3. Even though he was often depicted holding Marlboro cigarettes, he never smoked and spent much of his time mentoring children with disabilities.

Actress Virginia Leith, most famously known for her role as a disembodied head in the 1962 horror film “The Brain That Wouldn’t Die,” passed away on Nov. 4. She was 94 years old.

Virginia Leith, the star of THE BRAIN THAT WOULDNT DIE, died today at age 92. I had no idea she was still with us, and her passing has inspired me to look up other classic genre talent and write them thank you letters. I’ll share addresses I find here, and I hope you do the same. pic.twitter.com/XAqpJwOOQ7

Beloved “The Young and the Restless” and “General Hospital” star William Wintersole passed away on Nov. 5 at 88. His daughter shared the devastating news on Facebook. “My bond with him was strong. His heart pure,” she wrote.

Broadway actress Laurel Griggs tragically passed away on Nov. 5 after suffering an asthma attack. She was only 13 years old.

We are saddened to share that Laurel Griggs passed away this week at the age of 13. Laurel was a brilliant young lady who appeared on Broadway in “Cat on a Hot Tin Roof” and “Once”. We send our condolences to her loved ones at this difficult time. pic.twitter.com/SHDEiErN9l

It is with great sadness we have to share with you the passing yesterday of Coach George Breen.

Our thoughts are with his immediate family and his extensive collection of friends and loved ones in the swimming community.

Actress Jane Galloway Heitz, most famously known for her role as Lillian Adler on “Glee,” died at age 78 on Nov. 13.

Glee actress Jane Galloway Heitz has reportedly passed away due to heart failure.https://t.co/kPtmdbKGnW

Actress Joan Staley died of heart failure on Nov. 24, according to Hollywood Reporter. She was 79 years old. Staley starred alongside Don Knotts in “The Ghost and Mr. Chicken” and appeared on television shows such as “The Dick Van Dyke Show” and “77 Sunset Strip.”

Joan Staley, who starred opposite Don Knotts in ‘The Ghost and Mr. Chicken’ and appeared on ‘The Dick Van Dyke Show’ and a ‘McHale’s Navy’ spinoff, has died at 79. https://t.co/3bTKkteL1g

K-pop star Goo Hara was found dead on Nov. 24, according to CNN. She was only 28 years old. Hara’s death is the second in a strange string of K-pop star deaths.

Frank Biondi, a 74-year-old prominent film and television executive, died on Nov. 25. He held executive roles at HBO, Viacom and Universal Studios before his death.

Taiwanese-Canadian actor and model Godfrey Gao died on Nov. 27 after collapsing on a Chinese reality television series set. He was only 35 years old.

Singer-songwriter Irving Burgie passed away on Nov. 29 at 95. Most famously known for his contribution to the calypso craze of the ’50s, Burgie wrote such hits as “Day-O” (“The Banana Boat Song”). 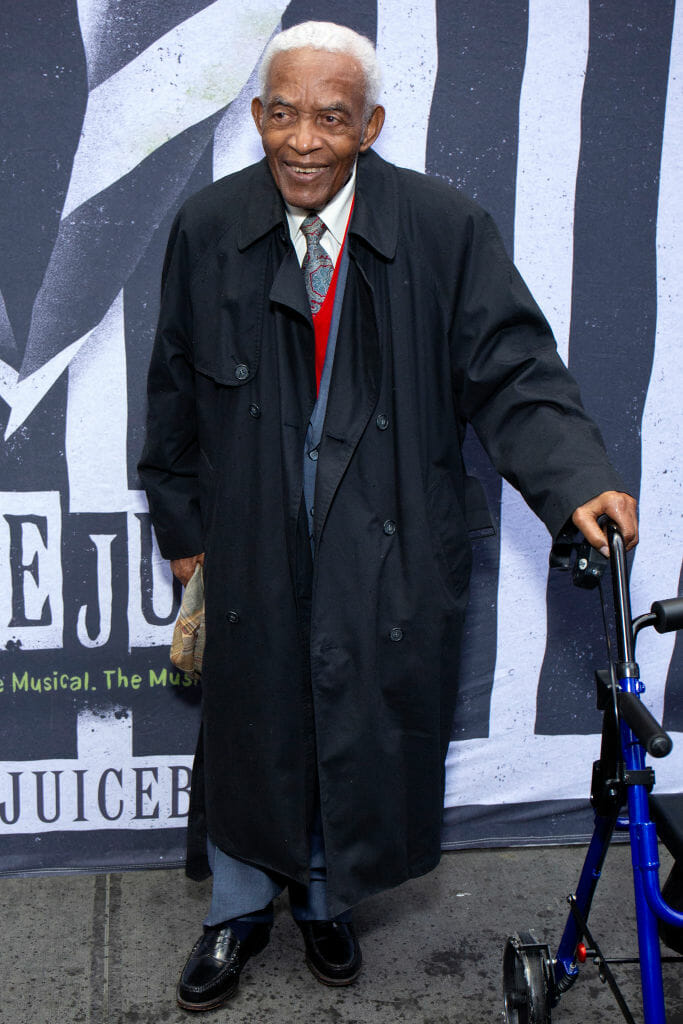