The legislation, called the “Donument Act” in honor of Trump, would create the “Southern Border Wall National Monument.” It would effectively provide “permanent protection from alteration” for the wall, defending it from any future executive orders by President Joe Biden or anyone else to demolish it, according to a statement from Cawthorn.

I am proud to announce that I dropped the “Donument” Act on the House floor last week.

This bill would protect the southern border wall built by President Trump by creating a “Southern Border Wall National Monument.”

This is the first step towards finishing the wall. pic.twitter.com/S2e3Vo2gI7

The bill would preserve about 289,920 acres in the area along and around the border in California, Arizona, New Mexico and Texas as a national monument.

Approximately 450 miles of the wall was built under the Trump administration, according to the Department of Homeland Security.

Although the bill is unlikely to be passed by the Democratic-controlled House, it could serve to rouse the support of the many Republicans in Congress who remain staunchly loyal to Trump and provide a basis for Republican attacks against the Biden administration’s immigration policy.

Since Biden entered the White House, Customs and Border Protection data has revealed that the number of encounters with migrants along the southwest border has skyrocketed.

According to a report, Secretary of Homeland Security Alejandro Mayorkas recently told Immigration and Customs Enforcement that the Biden administration already is considering continuing construction on Trump’s border wall to fill in “gaps” through which many are succeeding in crossing the border illegally.

Cawthorn, a first-term Republican from the 11th Congressional District in western North Carolina and the youngest member in the House at age 25, is a conservative firebrand and a staunch supporter of Trump.

Prior to the Capitol incursion, Cawthorn spoke at the rally held by Trump in Washington, D.C., on Jan. 6 to protest the results of the election.

Cawthorn was immediately attacked by the establishment media for speaking at the rally, and the negative attention has only continued, resulting in several candidates already rising up to challenge his congressional seat in the 2022 election.

However, Cawthorn has also succeeded in raising more than $1 million for his re-election campaign in the first three months of 2021, according to The Mountaineer in Waynesville.

Western Carolina University political science professor Chris Cooper told The Mountaineer that raising that much money this early in the campaign is unprecedented.

Related:
Record Shattered at Our Southern Border - This Is an All-Time High

“It means that he is as high profile as a member of Congress can get,” Cooper said. “To raise a million without formally announcing he’s running again is extraordinary.”

Cawthorn previously introduced a bill in the House to revoke three executive actions by the Biden administration on immigration and border policy that had overturned some of Trump’s executive actions.

Today I introduced a bill to terminate certain executive actions by the Biden Admin.

This bill is designed to revoke harmful policies enacted by the Biden Admin which resulted in the #BidensBorderCrisis.

“Joe Biden’s open borders initiatives will wreak havoc on the national economy, and severely undermine rural communities. NC-11 suffers when the interests of illegal immigrants are placed above the interests of American citizens. Rep. Cawthorn pledges to work to end the Biden Administration’s policy of ‘Americans last, immigrants first,'” Cawthorn’s office said in a statement regarding the bill, WLOS-TV reported. 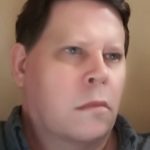 A retired pastor and military veteran celebrated his 98th birthday by jumping out of a plane.
By Richard Moorhead  January 28, 2023
Next