Rapper Kanye West has lent his artistic talents to support a movement to sever the longstanding connection between black Americans and the Democratic Party, according to a published report.

The news immediately grabbed headlines and caused a buzz on social media. 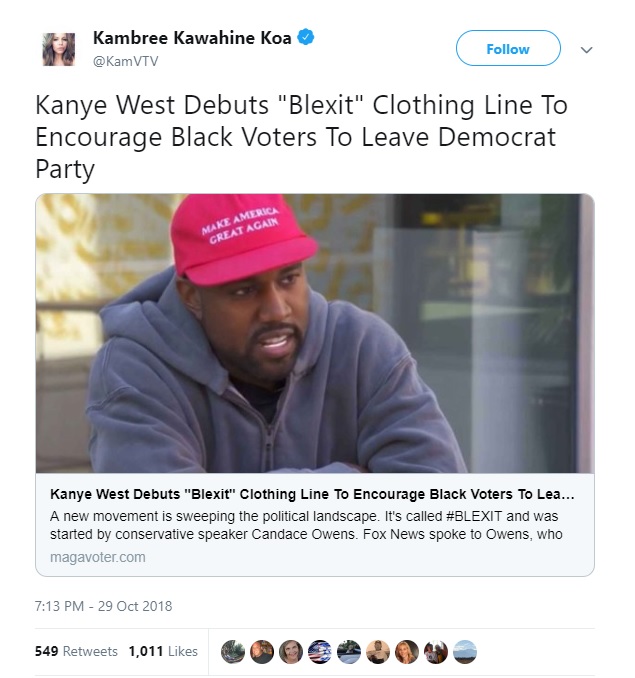 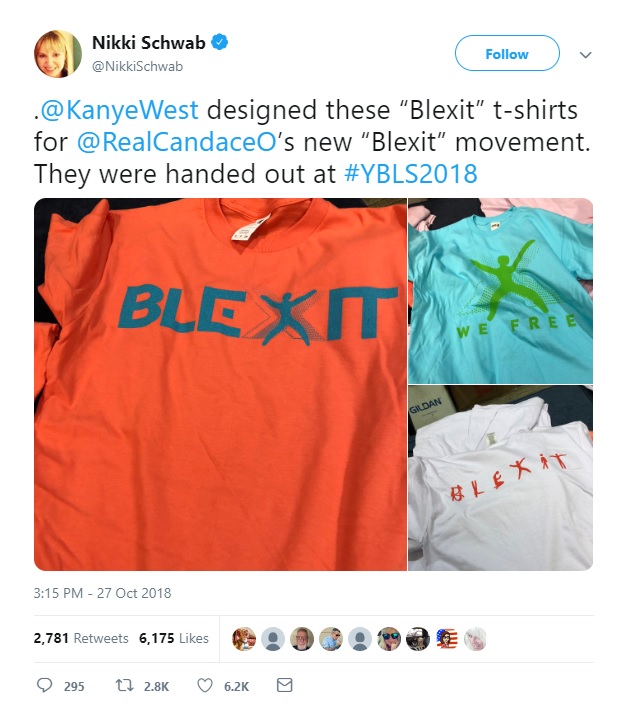 Candace Owens, the communications director for Turning Point, stressed that though West designed the T-shirts, he is not taking a leading role in Blexit movement.

“I said onstage that my friend and fellow superhero helped me redesign the ‘X’ for BLEXIT. This may shock the world, but Ye is a world-renowned designer. Everyone who knows him asks him for advice on design. Ye supports various people in different regards, because at the end of the day—his a message about unity and love,” she wrote in a Twitter post.

The design is one thing; the movement is another.

“I am entirely blessed that Ye introduced me to a designer who, despite having totally different political views than me, helped me craft some beautiful letters that I used on the BLEXIT caps. The insinuation that Kanye is now the author of my political movement is pointedly wrong and dishonest,” she wrote.

Although West had no public comment on his design or his contribution to the movement, Ownens elaborated in an interview for Fox News.

“Kanye saw my original design, and said, ‘I can do it better,’” Owens recalled. “It certainly was. He redesigned the logo with vibrant colors inspired by his trip to Uganda.”

She then explained what the movement is all about.

“Blexit is a renaissance,” Owens said.

Owens said the name of the effort was derived from the British referendum in 2016 that voted to leave the European Union and was based on an incident at a conference she 2017 .

“The doors had closed, so I ran into a room where panelists could watch the speakers on this small TV,” Owens said. “I looked up and Nigel Farage of the Brexit movement was there. I thought, here in America we need a ‘Blexit’.”

Although much of political America is focused on next week’s midterm elections, Owens said her focus is on the 2020 races.

“There are people that want to change their lives that have been lied to by the media,” Owens said. “There should be something waiting for them when they make that decision, and, now, Blexit will be there.”

In a commentary piece published by Breitbart, Owens noted that Blexit is not exclusively for for black Americans.

“We need all of America to join us in this fight. No matter your skin color, we need you to take up metaphorical arms against the Democrat party. First, visit our website, BLEXIT.com, where you will find the hard truths about the bigoted racism within the Democrat party. Second, spread the word. Your voice matters to those who are looking to make an “exit” from the bondage of the Democrat party,” she wrote.

“Finally, stand for truth. This battle will be one of the most consequential culture wars in American history. Your support is needed to allow us to arm the next generation with the facts they need to be free.”

'This car comes out. The guy jumps out with a hoodie and a gun. His friend comes out with another gun,' the CEO said.
By Richard Bledsoe  August 11, 2022
Next