The horrific realities of human trafficking exist right in front of our eyes.

With hundreds of thousands of trafficked individuals in our country and sex trafficking being one of the largest black market industries, we cannot ignore the devastation that this vile epidemic is causing.

With January being National Human Trafficking Awareness Month, it’s important — now, more than ever — to speak boldly about these issues plaguing our country.

As a resident of San Diego County, this issue hits close to home for me.

TRENDING: Omar's Husband Caught Her 'in a State That No Muslim Woman' Should Be - in PJs With Married Lover

San Diego is the second-largest child sex-trafficking corridor sector in the country with an average of 3,400-8,100 survivors each year.

Even those whose communities may not be as directly impacted should still be aware of the issue. Nationally, 100,000-300,000 children are victims of sex trafficking every year.

The average age of a trafficked child is 15 years old. A pimp can make $100,000 a year per child. One report found that in San Diego County, there was trafficking recruitment taking place at every school campus included in the study. Many children being trafficked have endured homelessness, family instability, foster care, emotional distress or mental health issues.

Human trafficking is blind to demographics, race, or social status. Everyone is affected by it.

Our organization works tirelessly to locate missing children through our network of volunteers, who use their vast experience and expertise to combat human trafficking. Saved In America’s volunteers are former law enforcement officers, special operators and Navy SEALs turned licensed and insured private investigators.

We gather intelligence and evidence through online and social media platforms to locate and identify missing children, trafficked victims, violent pedophiles (pimps) and trafficking locations. Saved In America’s law enforcement liaison reports all information to local and federal law enforcement officers. Together we are also bringing awareness to our community and working with state, local, and national lawmakers to keep the topic of human trafficking at the forefront of legislation.

Thankfully, we have a president who recognizes this is a major crisis and is doing something about it.

The current administration has been focused on bringing the topic of sex trafficking to the forefront of the national conversation as well as the legislative agenda. In 2018, with the help of conservative advocates, President Trump signed into law a set of bills that makes it easier to combat online sex trafficking. The House bill, FOSTA (The Fight Online Sex Trafficking Act), and the Senate bill, SESTA (The Stop Enabling Sex Traffickers Act), have been hailed by advocates as a victory for sex trafficking victims.

RELATED: President Trump's Repeal of the Flores Agreement Was a Humanitarian Imperative

These bills clarify America’s sex trafficking laws and make it illegal to knowingly assist, facilitate or support sex trafficking while making it easier for prosecutors to target traffickers.

In a free country such as ours, it’s easy to forget that slavery is alive and still exists in America. Human trafficking continues to haunt America every single day.

While I continue to fight sex trafficking in Southern California, I ask each of you reading this to work with your local state lawmakers to help combat human trafficking in your community. We need to raise awareness across America and continue to support our conservative advocates to ensure anti-sex trafficking legislation continues to be passed to ensure the safety of our citizens. 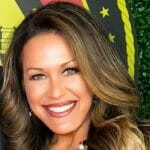 Stephanie Myers
Stephanie Myers is an IT strategist in support of the Department of Defense. Previously, she held the title of one of the top supply chain consultants within the United States, which earned her a slot on President Donald Trump’s The Apprentice Season 3. Myers resides in Del Mar, California, with her two rescued Chihuahuas. She enjoys golf, the beach, mentoring minority students and serving her community with initiatives regarding Southern California’s Cross Border Sewage Crisis and human trafficking. She is an active member of Women in Defense, SOF Support, Saved In America and Promises2Kids. She has successfully assisted the passing of key bills to take care of our active military and veterans. She continues to be a trusted adviser to President Trump by providing key messages regarding issues that pertain to our military and our veterans. Most recently, she introduced President Trump to Navy SEAL Eddie Gallagher. During the last presidential election, she worked on President Trump’s national campaign as a west coast surrogate. She is currently the NDC Mexican American Advisor and a TPUSA Ambassador. She received a bachelor of science in supply chain management from Arizona State University.
Now Is the Time To Address the Evil of Sex Trafficking in America
See more...

Man Lures Pelosi In for Photo, Watch Her Face Change When He Tells Her Off Instead