The Biden-Harris administration has decided the Civil Rights Act of 1964 is irrelevant and we do in fact need to discriminate on the basis of race, color and religion.

The act states, “All persons shall be entitled to be free, at any establishment or place, from discrimination or segregation of any kind on the ground of race, color, religion, or national origin.”

It goes on to say, “No person shall (a) withhold, deny, or attempt to withhold or deny, or deprive or attempt to deprive, any person of any right or privilege secured by section 201 or 202.”

The stated goal of Biden’s “Executive Order On Advancing Racial Equity and Support for Underserved Communities Through the Federal Government” is “to assist agencies in assessing equity with respect to race, ethnicity, religion, income, geography, gender identity, sexual orientation, and disability.”

The order also says, “Many Federal datasets are not disaggregated by race, ethnicity, gender, disability, income, veteran status, or other key demographic variables.” The “disaggregation” means the datasets will be organized by the above identities, which was prohibited in the Civil Rights Act, and that organization will help determine if you can participate in these systems.

Where the CRA banned denial of access to institutions, systems and the economy based on race and other identity characteristics, Biden’s order states that these identity groups must be used to determine access to these very same systems. How is this progress?

Have we not learned that denying or advancing people on the basis of race and identity through the control of government is not only harmful to the group that is artificially advanced but harmful to the entire nation?

Past artificial setbacks should not promote present artificial advancement — for anyone. This is precisely what led to the problem in the first place.

This concept of equity that is rolled out in the executive order is relatively new and it’s just a way for the Democrats to continue their obsession with identity politics and racism.

The idea of racial equity means producing equal outcomes, as outlined by Kamala Harris in a video she released on the topic. We are to believe that no matter our own personal decisions in life, if we are in a group that happens to show a disparity, we are automatically to assume it’s discrimination.

Our decisions, worldview, mindset and work ethic are of no importance. If you fail to save money, disregard your credit score, make bad decisions with your life, are denied a mortgage loan and happen to be in a certain identity group, you are by default a victim of racism.

This is some of the most intellectually lazy and insulting political rhetoric that has been thrust upon American society to win support from the people in these groups for votes. A deep dive into the data on the disparities show not only that they are not true but that there has been significant damage to the groups they claim to help.

Thomas Sowell has often pointed out that large disparities in outcomes “have been the rule, not the exception” throughout history.

We see disparities in nearly everything in life. We look at children who are born to the same parents, given the same education and afforded virtually the same opportunities end up in totally different life circumstances. This happens because we are flesh-and-blood human beings making thousands of individual decisions every day.

If Biden were serious about moving toward a more perfect fulfillment of the 1964 Civil Rights Act, we would be less focused on superficial group identity, not more.

In fact, we wouldn’t be focused on those things at all. Skin color and gender are about as relevant to my skills and contributions to society as my having black hair. To convince black Americans and other groups that the whole of who you are is summed up in such a trivial way is racist and erodes the work of our American ancestors. 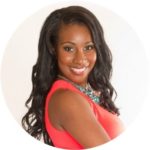 Quisha King
Quisha King (kee-shuh) is a former regional engagement coordinator for Black Voices for Trump and the founder of King Consulting. She holds a bachelor’s degree in business marketing and is a singer and advocate for Christian conservative values.
@Imquishak
Op-Ed: The Media Is Psychologically Abusing Black People and Racially Discriminating Against White People
Op-Ed: 1 Month in and Biden Has Essentially Canceled the 1964 Civil Rights Act
See more...
Advertisement

Peter Doocy had Biden press secretary Karine Jean-Pierre on her back foot with a question about the White House's use of Twitter.
By Richard Moorhead  December 3, 2022

A delivery truck driver has been charged in the murder of a 7-year-old Texas girl who had gone missing on Wednesday.
By Jack Davis  December 3, 2022
Next