“But I say unto you, that of every idle word that men shall speak, they shall give account thereof at the day of judgment.” — Matthew 12:36

According to George Barna, evangelical voter turnout in 2016 was about 61 percent, not much higher than overall voter turnout. Voter turnout dropped precipitously in 2018 to 50 percent.

Simple foresight could have predicted how the evangelical community in America would be faring today if Donald Trump had lost to Hillary Clinton in 2016 or if Republicans had failed to hold on to the Senate by a slim margin in 2018. We just knew it would be horrible.

The behavior of Democrats and the mainstream media before and since the 2016 election have been a harbinger of much worse to come should Donald Trump be defeated on Nov. 3. Today’s Democratic Party is far from the Democratic-Republican Party organized by Jefferson and Madison in the early 1790s to oppose Federalist Party rule.

The Democratic majority in the House of Representatives has been infiltrated and taken over by Marxists. Their actions over the last four years have told us all we need to know about the future of evangelicalism and the welfare of our children. If Patrick Henry had “no way of judging the future but by the past,” neither do we.

The enormous fraud we are already seeing in early voting in the Nov. 3 election should serve as fair warning to the millions of evangelicals who sat out in 2016. Repeat that stunt on Nov. 3, and the fear that drove 61 percent of us to the polls in 2016 will be ours in spades after November. If you do not sit out the election, Donald Trump will win in a landslide, and God willing, we will have at least four more years to get our house in order.

Since 1917, Marxist tyranny has been responsible for (by many estimates) over 100 million deaths, in China, the Soviet Union, Ukraine, North Korea, Cambodia, Ethiopia, Vietnam, Eastern Europe and Latin America.

If you are among the evangelicals who failed to vote in 2016 and 2018, I would like to propose that voting is more a sacred duty than a civic one. If “men will account for every idle word they have spoken on the day of judgment,” is it reasonable to assume they will not account for every vote and non-vote?

Government in America is “we the people,” so how can the Christian citizen anticipate hearing, “Well done good and faithful servant. You have been faithful in little; I will make you ruler over much. Enter into the joy of your Lord” (Matthew 25:23) on that final day if he ignores his simplest, most basic duty?

“For God shall bring every work into judgment, with every secret thing, whether it be good or whether it be evil.” To assume otherwise requires a darkened mind. (Ecclesiastes 12:14)

Moreover, does Paul’s exhortation, “And whatever you do, in word or deed, do everything in the name of the Lord Jesus, giving thanks to God the Father through him,” (Colossians 3:17) not apply to Christian citizenship? Does the Church’s identity as “the salt of the earth” not encompass stewardship of one’s temporal sojourn?

Imagine what living in America might be like today if 95 million evangelicals fulfilled their sacred duty to vote in defense of life and biblical morality. Can we honestly claim to be “pro-life,” “pro-traditional marriage,” “pro-male and female,” or pro-Constitution if we do not vote or vote amiss?

Would America be in the mess it is today if 95 million evangelicals took their sacred duty seriously? Who then is ultimately responsible for “abortion on demand,” mainstreaming of “same-sex” unions and other crimes against nature committed in America today?

And what about pastors? I hear many of my colleagues suggest they do not want to alienate Democratic voters in the pew. But what about alienating God?

Do pastors not have a sacred duty to preach the entirety of God’s counsel? Does God’s wisdom not apply to the way we discharge our sacred duty? Does “the whole counsel of God” not encompass how we vote?

If millions of evangelicals do not vote or vote amiss, who then is responsible for putting “the children of disobedience” into positions of authority? The answers to these and other compelling questions are and ought to be obvious. 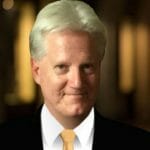 William Cook
The Rev. William Cook is the founder and CEO of America’s Black Robe Regiment and co-chairman of the Virginia Watchmen Council.
Op-Ed: Imagine What America Would Be Like if 95 Million Evangelicals Voted To Defend Life and Biblical Morality
Op-Ed: Will Liberty Outlast This Generation?
See more...
Advertisement

Former President Donald Trump announced that he will travel to a place Vice President Kamala Harris has so far neglected to visit.

Video: Two-Parent Households Are Critical for the Future of America

The loss of the family structure has been hurting America for decades. STORY: http://w-j.co/s/97989

Stewart made clear he was completely serious. Colbert then said there was a chance the lab leak theory could be true.

Two Republican members of the House are bucking the Democratic tide to demand that China pay for what it has done.

State Univ. Demands Students Get Vaccine, Then GOP Gov Reminds Them Who's Really in Charge

A state university's plan for having students vaccinated from COVID-19 has been shot down by the state's governor.

Starting in July, the Treasury Department will give families with children under age 6 a monthly check of $300 for each child.

The teacher and former Republican Mississippi state House representative was found shot to death on Sunday.

'Late last week, you made troubling comments about the ongoing efforts in states to ensure election integrity,' Brnovich wrote to Garland.

The Wisconsin senator drew a seven-day suspension from the social media giant after YouTube pulled his speech for 'medical misinformation.'