Lara Trump Warns Americans: 'If This Is What They're Able to Do to the Former President...Think About What They Could Do to You'

If anyone still believes the World Health Organization is a reputable body, think again.

After repeatedly dropping the ball during the coronavirus pandemic, the organization with an overinflated sense of importance now suggests women of childbearing age should refrain from consuming alcohol, regardless of family plans. If codified, the policy is nothing short of Prohibition for more than one-fifth of Americans.

The idea has predictably been met with swift opposition as well as humor. A U.K. social responsibility body called out the recommendation for being “sexist” and “paternalistic.” The head of lifestyle economics at the Institute of Economic Affairs called the plan “a classic World Health Organization idiocy.” Even a former WHO program chief labeled the recommendation as “nonsense.” In the Twittersphere, The Irish Post comically commented, “…yeah good luck with that.”

The backlash has forced the WHO to “clarify” its intent, but the group’s overreaction to responsible behavior is obvious. Perhaps the group should also direct women to avoid riding in cars or going outside. You know there’s a 1 in 700,000 chance of being struck by lightning.

Joking aside, the WHO’s latest stunt is part of a larger pattern of mischaracterizing the “danger” posed by moderate drinking, rather than addressing the real problem of substance abuse.

Trending:
Actress Anne Heche Presumed to Be Under the Influence During Fiery Wreck, But She Will Not Be Tested

But putting an agenda before science is in vogue.

In March, The New York Times asked, “Should Your Cocktail Carry a Cancer Warning Label?” A couple months later, a headline in The Guardian read, “Any amount of alcohol consumption harmful to the brain, study finds.”

These are only two recent examples of the media amplifying the idea that even light drinking is tied to major health consequences. But should Americans be seriously concerned about the advertised link? While you should never dismiss new science regarding human health, after considering the larger body of published works, the apocalyptic hypotheses are over the top.

Having a regular glass of beer, wine or spirits is by no means a miracle remedy, but it’s not a one-way ticket to the hospital or worse, either. In fact, the behavior has historically been linked to modest health benefits.

Perhaps the largest recorded health advantage is a reduced risk of cardiovascular disease. A 2017 study published in the Journal of the American College of Cardiology found that light to moderate drinkers enjoy increased heart health compared to lifetime abstainers. Another study in 2020 with nearly 20,000 participants suggests moderate drinking could boost cognitive function among middle-aged and older Americans.

Reduced risk of stroke and Type 2 diabetes are among other published health benefits.

This evidence has conveniently been overlooked in favor of alternative findings that demonize moderate consumption. These reports are far from bulletproof.

Study methodologies frequently suffer from limitations that weaken the accuracy of the results. Relying on survey-based observational data is a prime example. Imperfect memory over the span of years necessary for longitudinal studies all but guarantees error. Controlling for confounding variables that influence the results further — including non-reported illegal drug use, genetics and participant drop-outs during the multi-year time frames, among others — is yet another challenge.

Beyond the data collection process, the topline findings are often misleading. Increased “danger” is commonly reported as “relative” risk, rather than “absolute.”

Hypothetically, if the probability of a piano landing on your head jumped from 0.001 to 0.002 percent, the change could be reported as either a 100 percent increase, or a rise of one one-thousandth of a percentage point. Although both are technically accurate, the wrong choice would easily hoodwink someone into believing in a new threat from falling pianos.

New medical concerns emerging around moderate drinking should be taken seriously. But groups like the WHO should avoid accelerating a healthy awareness into irrational fear.

For now, the science is far from settled, and the WHO has taken yet another hit to its already diminished credibility. 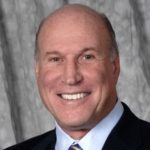 Richard Berman
Richard Berman is the executive director of the American Beverage Institute.
Op-Ed: The WHO Needs a Science Lesson on How Not to Needlessly Terrify People
See more...
Advertisement

Lara Trump Warns Americans: 'If This Is What They're Able to Do to the Former President...Think About What They Could Do to You'

'I don’t want it to be like that, but just like the average worker, I work hard for what I’ve got,' the homeowner said.
By C. Douglas Golden  August 9, 2022

DeSantis: Biden Regime Has Now Crossed Over Into a Banana Republic

The damage inflicted upon the country by the agencies tasked with enforcing our laws cannot be undone. Our freedom is in serious jeopardy.
By Elizabeth Stauffer  August 9, 2022

'As soon as I saw it, I drove here from Tampa. This is nuts,' one Trump supporter said of the FBI's raid on the former president's home.
By Jack Davis  August 9, 2022

'We must fire the Federal Government,' Lake said in a statement after the raid on former President Trump's Florida home.
By C. Douglas Golden  August 9, 2022

Toyota is telling anyone who bought its first electric SUV it will now buy it back because no solution has been found to keep the wheels on.
By Jack Davis  August 8, 2022

Instead of having mercy on Gundy and giving him a second chance, Oklahoma's head coach threw him even further under the bus.
By Grant Atkinson  August 8, 2022

Alec Baldwin Weighs in on Anne Heche Crash, But He Was Quickly Reminded of One Fact

Baldwin called on his followers to offer love to Heche after her crash, but he failed to mention the victims of her actions.
By Grant Atkinson  August 8, 2022
Next