Welcome to the permanent minority.

It takes one clueless hombre to destroy your political base at the invitation of your political opposition, but you have proven you are up to the challenge.

Here in New Hampshire, we face the decision of whether to crawl over glass to oust Democratic Sen. Maggie Hassan — or to throw the election to Hassan, as gun owners did in 2016. Frankly, between Chuck Schumer and you — Tweedledum and Tweedledummer — we don’t care who controls the Senate. We can rely on the House to stop bad legislation.

The solution to stopping Buffalo and Uvalde is simple. Both sets of victims were made sitting ducks by state or federal law.

The solution is not instant-check. Both shooters were checked, to no avail. New York has a “red flag” gun confiscation law, and there’s no indication one would have made any difference in Texas.

Sen. Chris Murphy’s game is to trick you into passing unrelated gun control in order to advance President Joe Biden’s standing — and his own — going into the November elections.

The solution is easy. Robb Elementary needed to join the 30 percent of Texas schools that allow teachers to defend students, and New York needed to allow New Yorkers to defend themselves.

If that had happened, both venues would have been like Charleston, West Virginia, where a good gal with a gun put an end to a mass shooting before it began. But you didn’t see that splayed across the front page of The New York Times.

Instead, “God doesn’t listen to gun owners’ prayers” Murphy proposes opening juvenile records. It’s not wholly clear to me whether a playground fight adjudicated by a juvenile court without due process “for the good of the child” would strip the kid of his constitutional rights as an adult. If not, this provision is meaningless. If so, it’s patently unconstitutional.

Due process isn’t a big concern for Democrats. A “red flag” funding provision would take money from red states and ship it to blue states for middle-of-the-night gun confiscation raids with no due process whatsoever.

An angry ex drops a dime on a gun owner with no evidence, and a SWAT team shows up at 3 a.m. at the gun owner’s home, ready to ransack it and, if necessary, shoot him to death. This happened to a 62-year-old black man in Ferndale, Maryland. Research by John Lott shows that this constitutional abomination makes no difference in rates of crime or suicide.

“Gun trafficking” provisions are intended to sound meritorious. But the best bet is that this is a retread of a 2013 proposal to criminalize the negligent sale of a firearm to a prohibited person.

Thus, if you sell a gun to your next-door neighbor and, unbeknownst to you, he’s on medical marijuana, you go to prison. The same goes for a veteran with an adverse VA diagnosis. Both of you would go to prison. In fact, you’d do well not to sell to veterans at all.

Under Obama-era guidance, the sale of a single gun from your collection could require a federal firearm license and a Brady check. When Murphy proposes to “codify” this, I presume Sen. John Cornyn is wholly unaware of the controversy.

Finally, there is the “boyfriend loophole.” Anyone you ever dated could say, “He kissed me without my permission.” This would turn the courts into the Kavanaugh hearings. 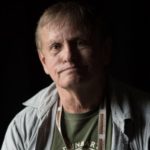