President Trump’s swift response to the radicals who are trying to weaponize and politicize the unjust killing of George Floyd is a poignant example of his commitment to black Americans.

Contrary to the dishonest spin coming out of the liberal media, the president has been vocal about the tragic event in Minneapolis from the start, offering his heartfelt condolences to Floyd’s family and earnest prayers for the black community while attending a historic space launch in Florida.

“I stand before you as a friend and ally to every American seeking justice and peace,” the president assured the nation on May 30.

“And I stand before you in firm opposition to anyone exploiting this tragedy to loot, rob, attack, and menace.

“Healing, not hatred; justice, not chaos are the mission at hand.”

During the same speech, he went on to explain that he has personally spoken to Floyd’s family, expressed the entire country’s sorrow for their loss, and revealed that his administration would be expediting a civil rights investigation of the killing.

Sadly, those who were seeking to exploit the death of George Floyd don’t actually care about justice — quite the opposite.

In the days that followed, the president’s political opponents focused on condemning his supposed lack of empathy even as organized groups unleashed large-scale destruction in American cities.

President Trump’s recent address to the nation from the White House Rose Garden — a message of unity and strength that should boost the morale of all patriotic Americans — cut through the partisan noise to put the crisis in stark, unambiguous relief.

Do you think President Trump has done a good job responding to the protests over George Floyd's death?
Yes: 97% (230 Votes)
No: 3% (7 Votes)

While reiterating his determination to pursue justice for George Floyd and solutions to the larger problems the protesters are demonstrating against, the president strongly condemned the violent radicals whose actions have undermined the peaceful protests taking place nationwide, reassuring the American people that law and order will be restored.

The rioters, many of them outside agitators, are laying waste to the very communities they claim to be trying to help.

President Trump continues to stand alongside the victims of injustice, spearheading historic reforms to our nation’s courts and prisons that primarily benefit black Americans.

Countless more will never see the inside of a prison wall thanks to the sentencing reforms included in the FIRST STEP Act, as well, including the long-awaited elimination of the disparity between sentences for crack and powder cocaine.

The president’s words and actions speak for themselves: Donald J. Trump has been a true and steadfast ally of the black community since his first day in the White House.

And that is precisely why the Democrats and the liberal media are so desperate to portray him as an enemy to our community. 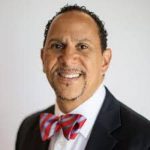 Dean Nelson
Dean Nelson serves as the chairman of the board for The Frederick Douglass Foundation. Dean is a licensed minister from Salem Baptist Church in Marshall, Virginia, and an ordained pastor with Wellington Boone Ministries. He also serves as the Black Voices for Trump coalition advisory board member.
Op-Ed: While Trump Has Provided Funding to HBCUs, America's First Black President, Obama, Cut Them
Op-Ed: President Trump Continues To Be an Ally to Black America
See more...
Advertisement

Trump hasn't endorsed DeSantis for governor and DeSantis, for his part, hasn't asked the former president to campaign for him.
By C. Douglas Golden  September 26, 2022

Bill Gates is pushing genetically engineered seeds that he thinks may put an end to famine. But his reputation should make us wary.
By Warner Todd Huston  September 25, 2022
Next