After 21 years, the internet juggernaut Google has become pervasive in the lives of people throughout the world.

Google grows every year, fueled by lucrative digital advertising. Parent company Alphabet generated over $136 billion in revenue in 2018 — and billions more in 2019.

But how, some may be asking, did a mere search engine come to dominate the tech marketplace so dramatically?

If you hear it from Google, the company’s enormous success is due to its amazing array of services and products that impact the lives of billions of people every day in countless ways.

But that pithy explanation fails to capture the whole story. Many people question whether the company wields too much power and whether Google uses that power for nefarious purposes. Google’s success, many claim, stems not from its impressive capitalistic endeavors, but from the underhanded, legally nebulous tactics its business model relies upon.

And at least in one instance, Google’s critics have found solid footing: Under the search engine’s impressive success story lies a dark reality of abusive behavior.

In 2018, the European Union determined that Google illegally promoted its products in its search engine and Android system. The EU levied a massive $5.1 billion fine on Google for those activities. It was a hefty penalty and a strong reminder that regulators are closely looking at the company’s competitive activities.

Along with other EU investigations, U.S. regulators at the federal level and in almost every state are examining Google’s business activities to make sure a wide array of laws are being followed.

Uncompetitive behavior, they allege, is rampant within Google’s business practices — and unfortunately for the search engine company, there’s plenty of evidence that America’s regulators are absolutely correct.

On Jan. 7, Sonos, an American electronics company, filed a lawsuit against Google alleging patent infringements. The company had developed software that allows smart speakers to synchronize and play music wirelessly in multiple rooms. Sonos contends that Google stole its technology without compensation. As a result, Sonos is suing Google for five separate patent violations, although it believes many more illegal infringements were committed.

Google faces lawsuits as often as it faces regulators, but an upcoming court case will likely be given extra attention by the attorneys for the corporate giant. On Nov. 15, the Supreme Court agreed to hear the case of Google v. Oracle, a longstanding copyright case involving intellectual property. Oracle sued after Google copied an alleged $8.8 billion worth of code from their Java program, which was protected by copyright, and tried to market the technology as its own product.

Google is arguing that certain portions of intellectual property should not be protected by copyright.

In addition to altering the current understanding of copyright, such a ruling would have the added effect of making it easier for Google to engage in the “legally sanctioned” theft. The case will have major implications for Google and other technology companies.

The Supreme Court will determine whether intellectual property will be protected and whether Google and other companies will be prevented from engaging in ongoing theft from competitors.

Instead of respecting private property rights, Google often engages in disturbing collectivist tactics, which is detrimental to a thriving and competitive business environment.

Hopefully, the Supreme Court will rule that Google does not have the right to the intellectual property of its competitors. It should be forced to create its own competitive advantages.

Future progress for Google should occur through corporate innovation, not corporate theft.

Google has found tremendous success engaging in what could only be described as legally dubious behavior, but now the Supreme Court has the opportunity to curb Google’s worst ambitions moving forward.

For the sake of the free market, America should hope they take it. 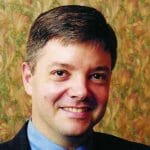 Jeff Crouere
Jeff Crouere is a native New Orleanian. His award-winning program, “Ringside Politics,” airs locally at 7:30 p.m. on Fridays and 10:00 p.m. on Sundays on PBS affiliate WLAE-TV, Channel 32, and from 7-11 a.m. on weekdays on WGSO-AM and www.wgso.com. He is a political columnist, freelance author and the author of "America's Last Chance." He provides regular commentaries on the Jeff Crouere YouTube channel and on www.JeffCrouere.com. For more information, email him at jeff@jeffcrouere.com.
Op-Ed: Supreme Court Must Crack Down on Google
See more...