You can tell a lot about the inner workings of a company from the perspective of its former employees. Apparently, that’s very bad news for Google.

A business that has meticulously cultivated its pro-worker, progressive, “greatest place to work” image over the better part of a decade, Google’s true corporate culture is finally coming to light. And according to the bevy of ex-employees now speaking out, the tech giant has clearly lost its way.

Ross LaJeunesse, a former Google executive, was the latest individual to blow the whistle on the company’s disquieting business practices. On Jan. 2, Google’s former international relations executive took to Medium to air his grievances about the company. The accusations were more than enough to raise some eyebrows.

LaJeunesse argued that he was sidelined by Google after he took a stand against the company’s approach to Chinese censorship.

At the time, Google was working intensely on Project Dragonfly, a program that would allow the search engine company to re-enter China’s internet marketplace. To do so, Google would need to comply with the nation’s authoritarian censors by blocking the free flow of information. It was a compromise that Google was willing to make.

Still, when LaJeunesse expressed his justifiable human rights concerns on the issue, other executives readily dismissed him, ultimately forcing him to leave the company.

“In reality, I don’t think we can trust Google,” LaJeunesse later said. “When I started at Google, there was a sense that we really believed in the power of technology to make the world a better place. It’s not like that anymore.”

At the heart of LaJeunesse’s message was the allegation that Google is putting profit above all else.

In its quest for the power and influence money provides, the tech giant has abandoned the principles it once claimed to uphold. And unfortunately for Google’s public image, history has consistently confirmed LaJeunesse’s accusation as correct.

The years as a titan of industry have certainly changed Google, and not for the better. Once a countercultural icon that prioritized its employees as well as the values it espoused, Google has since lost the spark of sincerity that characterized it.

Now, the company’s claims of moral rectitude ring hollow, as it consistently violates its own moral code for the sake of making money.

For instance, Google’s ongoing Supreme Court lawsuit, Google v. Oracle, is a textbook case in the company’s decision to put profit above basic morality. After the collapse of negotiations between a licensing agreement for Java software, Google essentially stole code from Oracle to form its own form of Java.

In copying 11,500 lines verbatim from the Java program, Google’s actions constituted a clear violation of copyright law. But rather than accept a penalty for its behavior, Google doubled down on its theft, arguing that the code it copied shouldn’t be subject to copyright protection.

Such a decision would practically rewrite copyright protection within the United States, throwing the entire software community into a state of flux. In reality, though, the suit just goes to show how far Google is willing to go to protect its bottom line. Not only is the company willing to engage in what is practically theft, but it is also willing to alter the state of U.S. copyright protections to accomplish its goal.

Clearly, LaJeunesse is right: Google is prioritizing profits over all else.

But that’s not the only example of the tech giant’s questionable moral calculus. Just recently, in August 2019, a second ex-Google employee fired for his conservative views came forward to declare that the search engine company was actively seeking to manipulate the election process.

Similarly, four other recently fired employees have stated their intention to file a complaint with the National Labor Relations Board over Google’s illegal campaign to stymie its employees’ collective action efforts.

Rather, it represents a dangerous pattern of behavior. Whether it’s stealing from a competitor, attempting to manipulate the election process or squashing collective action within its own ranks, Google has demonstrated a willingness to abandon principles of decency for monetary gain.

Google no longer cares to uphold the values it once espoused as essential. With the recent spate of whistleblowers sounding the alarm, people are finally beginning to notice that Google has lost its way.

And for the sake of the company’s employees, its competitors and human rights at large, let’s hope Google finds it again. 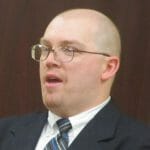 James Lowe
James Lowe is a two-decade radio industry veteran and now host of his own nationally syndicated radio show based in Kansas and carried on the iHeartRadio app. Find out more at jiggyjaguar.com
Google Has Lost Its Way - Just Ask Its Former Employees
See more...
Advertisement