Last week a mom read aloud to the Fairfax County School Board excerpts from library books found in an FCPS library.

Shocking sexually explicit material was included in these books. Fortunately, parents are more aware than ever of what students are learning and the resources that are available to them. But this is not a new fight in Virginia. Not by a longshot.

The final debate in Virginia’s gubernatorial campaign gave us a glimpse into the heart of former Gov. Terry McAuliffe, and a brief history lesson about parental rights in Virginia is now in order.

Does McAuliffe really believe it’s his responsibility to “not … let parents come into schools and actually take books out and make their own decisions”?

Does he really believe what he said at the debate: “I don’t think parents should be telling schools what they should teach”? We know that he does, because he proved it at least twice in his previous stint as governor.

In 2016 and 2017, two separate bills (nicknamed the “Beloved” bills after the Toni Morrison novel) that provided notice to parents and students about sexually explicit material in assigned books were introduced in the Virginia General Assembly. Unknown to parents or students, within various assigned books (especially in AP courses) were instances of pedophilia, rape and even bestiality.

Since presumably, the teacher assigning the books would know about their content, simply notifying parents of that content is not much to ask. The education lobby maintained that parents should have to read all the assigned books to find out which ones had explicit sexual content. But if schools are truly partnering with parents, why the secrecy?

Why not disclose to the parents what is going to be read by their children, which the teachers well know is in the material? What about the rape victim in class who will be assigned a book that will depict the heinous crime committed against her? Does she have the right to know?

To be clear, both bills continued to give teachers complete autonomy in the book selection process. What both bills simply provided was a notice to both students and parents of potentially graphic sexually explicit content within the assigned material.

Bowing to pressure from education lobbyists for teachers unions and publishers, in 2016, then-Gov. McAuliffe vetoed the first of the bills. Undeterred, parents continued to press for this modest request — simple notification that their child might be confronted with literature containing salacious descriptions of sexual acts.

Seeking to accommodate (overblown) concerns about “censorship” ginned up by groups like the ACLU and Pen America, the 2017 bill was more specific. While still ensuring teacher control over the book selection process, the bill required notifying parents of books that include acts that actually are considered felony crimes in the Commonwealth of Virginia.

Again, the books could still be assigned. The only requirement was parental notification about content considered a sex crime in the state where that material would be read by minors.

Related:
Op-Ed: 'School Choice' Is Not the Answer - Here Is How to Escape Gov't-Controlled Education

This allowed for the ability to distinguish between books like “Romeo and Juliet” or “To Kill a Mockingbird” and gratuitously explicit or age-inappropriate books containing acts that constitute felony sex crimes in most states.

The second bill narrowed the scope of notifying parents to those acts that actually are considered felony crimes in the Commonwealth of Virginia. This way books like “Romeo and Juliet” would not be flagged, but books containing graphic depictions of rape, incest, pedophilia and bestiality would.

McAuliffe vetoed these bipartisan bills two years in a row.

While there was unity between Democrats and Republicans as to this commonsense measure, McAuliffe decided to veto both bills. With a disdain for parents that was on full display at the final debate of this campaign, then-Gov. McAuliffe did the bidding of education lobbyists rather than honor the role that parents play in our children’s lives.

We don’t have to wonder who he will listen to if he wins again. It won’t be parents. 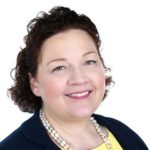 Meg Kilgannon
Meg Kilgannon is senior fellow for education studies at the Family Research Council and former executive director of Concerned Parents and Educators of Fairfax County.
Parents Deserve to Know What Kids Are Being Taught - So Why Is This State Preventing It?
See more...
Advertisement

Always known as "The Man in Black," country legend Johnny Cash had a reason for wearing black, according to his sister Joanne.
By Warner Todd Huston  November 29, 2022

A major fashion design house is trying to distance itself from the openly satanic creator they have employed for years.
By Jared Miller  November 29, 2022

The parents of Imani Bell, who died of heat-related organ failure after a basketball practice, have received a $10 million settlement.
By The Associated Press  November 29, 2022

"The truck had a bunch of error codes, and wouldn’t got beyond accessory mode. I tried the N button and nothing."
By George Upper  November 29, 2022
Next