A small Virginia town is spending tens of thousands of dollars on damage control after a local restaurant refused to serve Sarah Sanders, the White House press secretary.

Stephanie Wilkinson, owner of The Red Hen, approached Sanders when she visited the restaurant in Lexington, Virginia, and asked her to leave because she worked for President Donald Trump.

Once news of the incident got out, a wave of protesters entered the town and stood outside the restaurant holding signs and chanting.

Last night I was told by the owner of Red Hen in Lexington, VA to leave because I work for @POTUS and I politely left. Her actions say far more about her than about me. I always do my best to treat people, including those I disagree with, respectfully and will continue to do so

In the aftermath of the event, many posted reviews of the restaurant online, both negative and positive, depending on how they felt about the Trump administration. 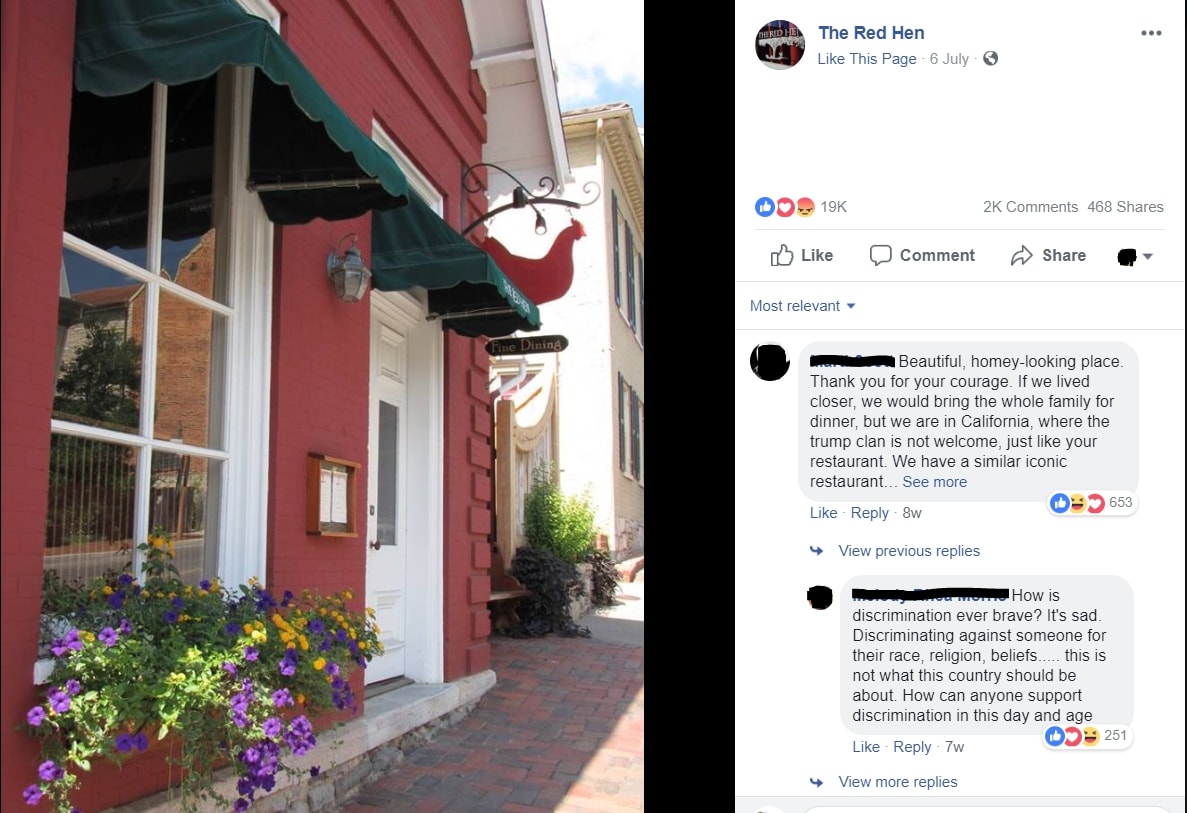 Yelp has been actively working to remove the politically motivated reviews. 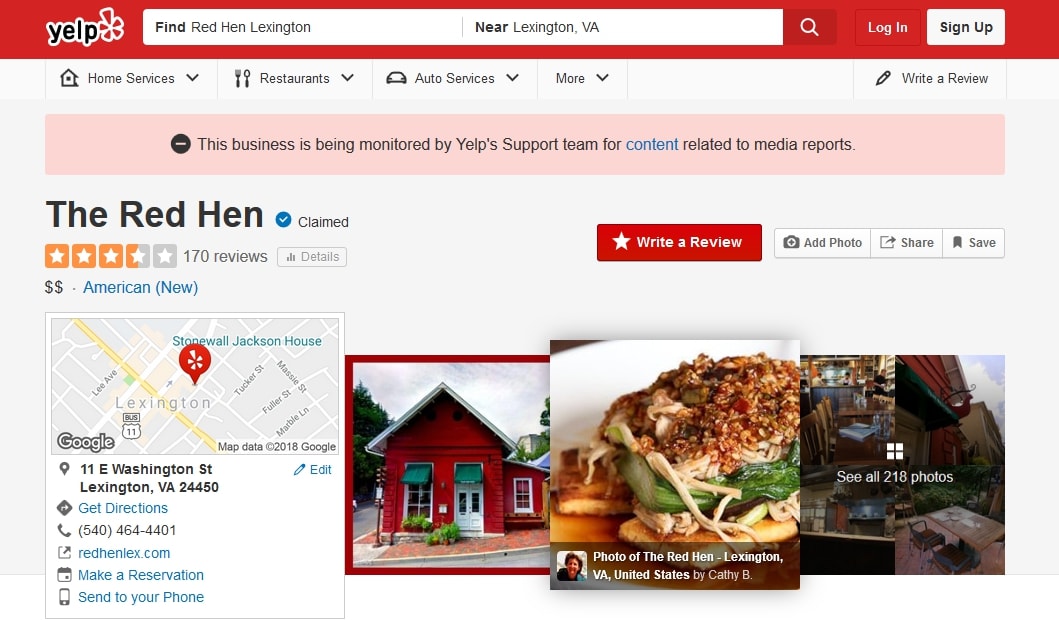 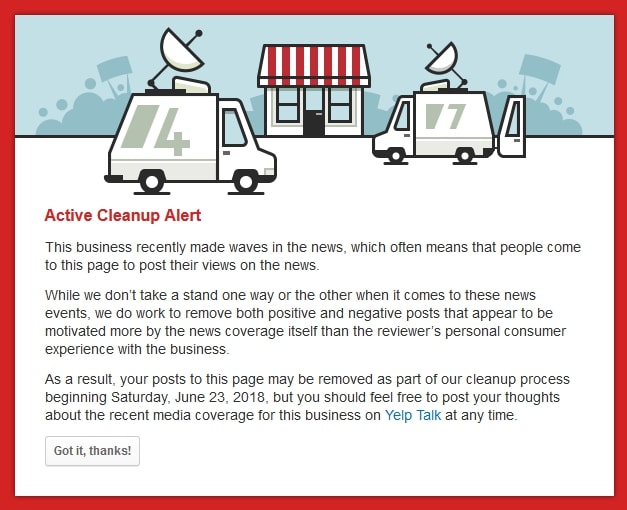 The tourism board for the region, which includes Lexington, Buena Vista and Rockbridge County, was flooded with phone calls and emails about the incident.

“For a town our size, it was a significant impact,” Director of Marketing Patty Williams stated.

Tourism board members met soon after to discuss the potential revenue impact of the publicity, considering that Lexington has attracted the most tourists to the area.

The restaurant closed for two weeks, and Wilkinson stepped down as director of Main Street Lexington, an organization that works to improve the downtown area.

Related:
Biden's Leadership So Weak, Trump Offers to Jump in and Help Strike a Peace Deal: 'Entire World Is at Stake'

Wilkinson spoke with The Washington Post to iterate her side of the story, explaining that some of her employees are gay, and she was aware that when Trump announced his desire to ban transgender people from the military, Sanders defended the position, a decision she did not agree with.

Some local residents have spoken out in support of Wilkinson, such as the chairwoman of the Rockbridge County Democratic Committee, who said, “(Stephanie) is an amazing person with a big heart.” Others have called the attacks unfair.

Other local business owners stayed quiet on the subject, hoping not to get mixed up in the controversy, especially after Trump himself commented on the situation.

But a sign seen in the window of the restaurant bearing a quote from the Rev. Martin Luther King Jr. — “Love is the only force capable of transforming an enemy into a friend” — has sparked additional commentary, as did what happened after Sanders and her family left the restaurant:

Sanders and her husband went home, “(b)ut the rest of her family went across the street to a different restaurant,” according to her father, former Arkansas Gov. Mike Huckabee. “The owner of the Red Hen — nobody’s told this — then followed them across the street, called people, and organized a protest yelling and screaming at them from outside the other restaurant and creating this scene.”

Shortly after Sanders’ tweet, the tourism board agreed to increase spending on digital marketing campaigns to help spread positive messages about the area, according to The Roanoke Times. They decided to spend an extra $5,000 per month supplied by the Rockbridge Regional Tourism emergency fund, from July through September.

Board members agreed this was the best move to counter the negative publicity from the incident.

The tourism office is also running a number of surveys targeting nearby areas with frequent travelers, asking questions to learn if a significant number of people remember the incident and if it affects their travel plans to the area in an attempt to see that Lexington tourism recovers quickly.

Jacquelyn Finn
Contributor, News
Jacque is a digital marketer and writer providing quality content for a variety of businesses. She has been tasked with researching a broad spectrum of topics including digital marketing, social media, solar panel and clean energy technology, blockchain technology, accounting and creative tax strategy, business loans, niche manufacturing, natural health, wellness and more.
Prior to writing, Jacque completed a Bachelor’s of Science degree in geology. Utilizing this education, she found employment in North Dakota and Montana on oil drilling rigs as a mudlogger working closely with geosteers to ensure each well was drilled into the most productive “pay zone.” Not only did this experience give her in-depth knowledge of the earth and the types of systems that produce oil and natural gas, it also gave her a first-hand look at the advanced technology used to drill deep horizontal wells built for hydraulic fracturing (fracking).

When the price of oil crashed, Jacque decided to move into a more stable industry where she could utilize her natural strength in writing and have the opportunity to explore her curiosities in other fields by studying and writing about them. She has spent significant time researching natural remedies and is always expanding her knowledge in natural health, wellness, and the health benefits of herbs. She has also been experimenting with gardening, learning how to forage, and creating tinctures and herbal teas to heal various ailments for friends and family.

For the past two years she has also been busy researching industries such as digital marketing, accounting, and finance, to be the sole digital content developer for a marketing agency, an accounting company, and two loan providers. She has written for various B2B and B2C companies, including a custom spring manufacturer, a medical wire forms producer, a medical device pad printer, a luxury resort, a hunting book supplier, a tattoo artist and more.

Jacque has traveled extensively and is always looking for opportunities to expand her perspective on life and the way people live, to better appreciate her own life, and produce a unique, balanced viewpoint on every topic she writes about.

Donald Trump has become so alarmed by world affairs that he jumped in to offer his assistance to try and stave off a world war.
By Warner Todd Huston  September 28, 2022

One 14-year-old was killed, and four teens were wounded when gunfire erupted in Philadelphia after a high school football practice.
By Jack Davis  September 28, 2022

The 16-year-old alleged shoplifter pulled a gun. Unfortunately for her, the store owner was armed as well.
By Richard Bledsoe  September 28, 2022

FBI Reissues Trump Raid Inventory, But Something Has Changed Since the Last Release

The FBI has revised the total number of documents it says its agents seized during the raid on Trump's Mar-a-Lago estate.
By John McCann  September 28, 2022

Did Biden Blow Up the Nord Stream Pipeline? Tucker Carlson Lays Out the Possibility

The Nord Stream pipelines seem to have been sabotaged and Tucker Carlson suspects that Biden may have had a hand in this disastrous idea.
By Abby Liebing  September 28, 2022

A man convicted of planting a pipe bomb that killed a man in Las Vegas in 2007 has escaped from prison.
By Abby Liebing  September 28, 2022

According to multiple outlets, Prince Harry and Meghan, Duchess of Sussex, received a big demotion in recent days.
By Michael Austin  September 28, 2022

'I’ll tell you honestly, I’d rather be a POW in another country than a prisoner in my own country for saving lives.'
By George Upper  September 28, 2022

Despite a federal tax waiver, some states have rules on the books that could tax student loan forgiveness as income.
By Jack Davis  September 28, 2022
Next