Unpopular opinion: the GOP should propose a higher-education reform plan that includes partial student loan forgiveness in order to grow the economy and address the crisis of federally-insured student loans.

Sens. Elizabeth Warren and Bernie Sanders are a few of the latest examples by the left to advocate student loan forgiveness, and while it’s typically a safe bet for Republicans to take the antithetical position of Warren or Sanders, the left has created a false dichotomy and the GOP is taking the bait.

While 44.2 million student loan borrowers listen in, they hear Democrats saying, “We want to forgive your loans,” to which the GOP responds, “these entitled kids want us to pay for their bad decisions.”

It’s critically important to recognize the antagonist here is not the student loan borrowers — it’s the Democrats who created this disastrous mess in the first place.

As long as the GOP plays in the Democrat’s rhetorical sandbox, the left gets to act as the protagonist, saving 44.2 million Americans from a problem they created. Meanwhile, the GOP fights tooth and nail against the borrowers — not the economic mess bad policy has created.

If you think the student loan issue is just a small pocket of Americans trying to rid themselves of a “poor life choice” and not a massive economic crisis in the making, you are in for a big surprise.

There are 44.2 million Americans currently holding 1.5 trillion in debt — a figure that has tripled since 2005 and is estimated to balloon to over 2 trillion in the next three years. And that’s not all.

Nearly 9 of 10 student loan borrowers polled said they are struggling to make payments, according to a national research study. Over 25 percent of borrowers are either delinquent or in default of their minimum payments — a figure that is expected to reach 40 percent by 2023 according to the Brookings Institute.

Borrowers who are in default take significant hits on their credit, which prevent them from obtaining a home loan, vehicle loan, or make other financial purchases that help drive our economy.

Here’s where it started.

In 1958, the National Defense Education Act created financial aid programs for students majoring in STEM-related studies, such as foreign languages and teaching. The program was expanded in 1965 with President Lyndon B. Johnson and later in 1993, when the federal government began directly funding student loans and established unsubsidized Stafford loans.

Finally, President Obama signed the Health Care and Education Reconciliation Act of 2010 that opened the floodgates, requiring all federal loans to be direct loans.

How did universities respond? They increased tuition costs and fees by 1,120 percent since 1978. Universities were given a strong incentive to do this. After all, the loans were federally-insured and available to most students.

Similar to the origins of the 2008 housing crash, D.C. bureaucrats removed a critical element from the free-market equation. For higher education, it was price competition.

But here’s the kicker: unlike a traditional home loan, student loans cannot be canceled through bankruptcy — unless you obtain a formal ruling from a judge that your student debt is an undue hardship — which is wildly impractical and thus rarely occurs.

If loan access was dialed back, universities would be forced to lower costs or face massive enrollment shortfalls. But until then…“Good news! Loans are available.”

While the student loan crisis has been primed for disaster by Democrats, the GOP should hold them accountable and lead the charge for meaningful reform.

There is a huge economic return for doing this. Currently, 1 in 3 student loan borrowers are putting off buying a home, a vehicle, starting a family, or other life decisions that contribute to economic growth because of their student loan debt.

The answer is not free education — it’s to seal off the leak of federal intervention into higher education and clean up the mess by proposing a fiscally viable solution to address the current student loan debt.

Then, allow the free markets to reduce the cost through price competition and create a diversified network of cost-effective avenues for obtaining a degree.

While this is easier said than done, tuition costs will continue to rise as long as they are enabled do to so by their loyal companion, the federally-insured student loan program.

The GOP cannot afford to alienate the millions of younger American borrowers. Millennials and Gen Z voters will make up 37 percent of the 2020 electorate.

Address the crisis and propose a solution — stop attacking the borrowers.

We can bite the bullet now and give millions of Americans a path to grow our economy, or we can risk the very real scenario of a sustained recession caused by the compounding effect of unsustainable debt on current and future student loan borrowers.

The GOP has a huge opportunity to identify the real culprit, Democratic federal intervention, and lead a big reform effort.

But first, we must reject the rhetorical bait and shift the conversation. We must show the 44.2 million loan borrowers we are working to help them get out of debt and end this crisis for future students.

We are a big tent party with big solutions, so let’s go big. 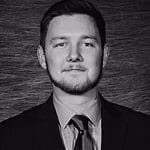 Josh Wagoner
Josh Wagoner is a contributor for The Daily Caller and co-founder of Tomahawk Strategies, a national political consulting firm founded by former members of President Trump's 2016 presidential campaign.
Republicans Need To Have a Plan for Student Loan Forgiveness
See more...

Kathy Griffin Tried To Cut in Line for COVID Test, Turns Out She Had Diarrhea After Mexico Trip

Sex Assault Scandal Leaves Dems Turning on Biden En Masse: Here Are Some of the Most Brutal Comments

Randy Shropshire / Getty Images for PEN America Kathy Griffin Tried To Cut in Line for COVID Test, Turns Out She Had Diarrhea After Mexico Trip