Liz Cheney Received a Call Directly from Joe Biden the Night She Got Trounced in Primary: Report

Louisiana Republican Sen. John Kennedy has never been afraid to share his opinions, and he continued doing so in a new video Wednesday.

“People say I’m too outspoken,” Kennedy said in a video shared to his Twitter account. “It’s true. I have the right to remain silent. I just don’t have the ability.”

I have the right to remain silent, but I just don’t have the ability.

As a person who is also very outspoken, I can certainly sympathize with Kennedy on this statement.

Given the left’s attempts to suppress free speech in recent years, there are undoubtedly many conservatives who share the same sentiment.

“I’m just being me, John Kennedy,” he continued. “Folks, I will never completely fit in.”

Kennedy understands not everyone appreciates his straightforward approach, but he had a message for those who want to stop him.

“For all those Washington insider elite bed wetters whose feelings I hurt, here’s some free advice,” Kennedy said.

“Go buy yourself an emotional support pony, because I’m not gonna shut up.

“And one more thing,” he added, “Always be yourself … unless you suck.”

Independent of politics, this video was just downright funny. Anyone would be hard-pressed to listen to this 40-second clip and not at least crack a little smile.

But more important than the comedic tone was the actual substance of Kennedy’s point, which he portrayed perfectly.

Too many Republicans in recent years have been afraid to speak out against the Democrats’ culture of silencing people.

Related:
At This Point, Biden Is the Least-Popular President Since World War II

Instead of calling out the left for trying to suppress dissenting opinions, these Republicans have simply followed the left’s arbitrary rules about what subjects can and cannot be discussed.

Kennedy has made it clear he has no interest in following the left’s politically correct guidelines. That has earned him plenty of respect among conservatives, even outside the state of Louisiana.

“I’m not even from LA, but I watch a lot of your remarks rather live or during press clips,” one user commented on Twitter. “I really appreciate what you have to say Senator not to mention your humor is awesome!”

I’m not even from LA, but I watch a lot of your remarks rather live or during press clips. I really appreciate what you have to say Senator not to mention your humor is awesome!

“I love this guy,” another user wrote. “John Kennedy, an American Patriot.”

I love this guy. John Kennedy, an American Patriot.

Kennedy is currently running for re-election in Louisiana, and he faces a litany of Democratic challengers, including former Navy fighter pilot Luke Mixon and Operation Restoration founder Syrita Steib.

The Advocate reported that, in a mid-March sample of 600 likely voters from Baton Rouge, Louisiana, pollster John Couvillon found 53 percent planned to vote for Kennedy. His nearest competitor in the sample was progressive Gary Chambers, and just 14 percent of respondents said they planned to vote for him. The poll had a 4 percent margin of error.

If Kennedy gets at least 50 percent of the vote in November, he will automatically win re-election in Louisiana’s open primary. If he dips below 50 percent support, he would go to a runoff against the nearest Democratic challenger.

Gov. Ron DeSantis announced that 20 convicted murderers and sex offenders have been charged with illegaly voting in state elections.
By Richard Moorhead  August 18, 2022

The alumni of the Obama White House years are going to be around to plague this country's politics for a long time to come.
By Joe Saunders  August 18, 2022

It has been a year since the U.S. withdrawal from Afghanistan and this new report shows that lots of American equipment was left behind.
By Abby Liebing  August 18, 2022 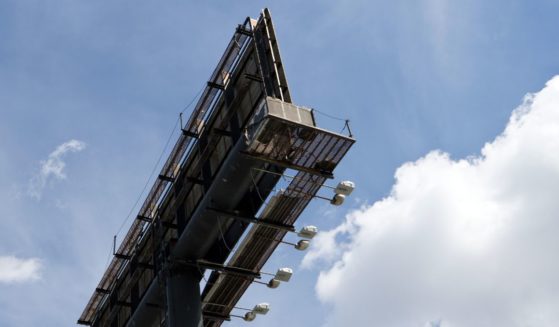 A conservative nonprofit group is spending millions to blast the 'woke ideology of sheltered white liberals.'
By Matthew Holloway  August 18, 2022

A Los Angeles-area black woman is filing a lawsuit because a school made students participate in the 'Cotton Picking Project.'
By Jack Davis  August 18, 2022 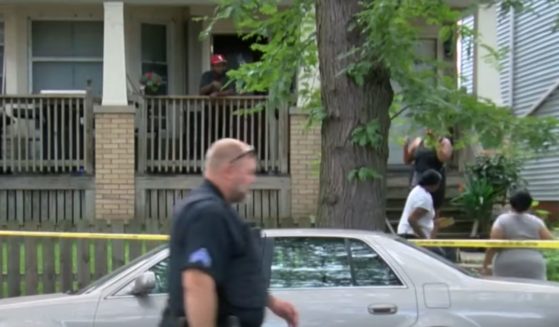 When the mother heard the commotion, she said she immediately jumped out of the shower and grabbed her gun.
By Grant Atkinson  August 18, 2022

This persistent theory claims that a reflection in the mirrored visor of an Apollo 17 astronaut proves the NASA moon landings were a hoax.
By Matthew Holloway  August 18, 2022
Next