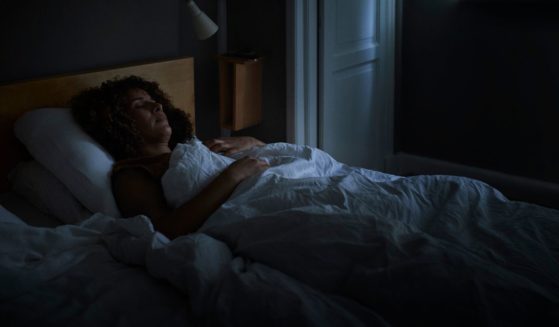 It’s one of the oldest leftist myths out there.

And one of the most viciously unfair.

So naturally, it came easily to Rep. Rashida Tlaib of Michigan to compare the Israeli government’s action in banning her from a planned visit to the evils of the apartheid regime in South Africa.

At a joint news conference on Monday, Tlaib and Rep. Ilhan Omar of Minnesota doubled down on their attacks on the Israeli government with the kind of disdain that was almost palpable through the television screen.

Tlaib noted during the conference that she had just learned this week that in 1972, the then-congressman from Michigan’s 13th Congressional District, Charles Diggs, had been denied a visa to South Africa, then under the racist regime known as apartheid.

Diggs, who served in the House from 1955 to 1980, was the first chairman of the Congressional Black Caucus. He sought aid from the State Department in getting entry into South Africa, according to a New York Times report, but it was apparently unavailing.

He did not return to the country until 1976, after the election of Jimmy Carter, a separate Times report stated.

“History does have a habit of repeating itself,” Tlaib told reporters.

The former Rep. Diggs whom Tlaib spoke so glowingly of was convicted of mail fraud in 1978 and was censured by Congress and forced to resign in 1980, according to his obituary in the Amsterdam News, the respected New York newspaper geared toward black readers.

And second of all, the comparison is almost criminally inept.

Pretending Israel’s unique circumstances are anything like South Africa’s requires a moral blindness that has to be deliberate. (Judaism is not a race, it is a religion. The clash between Israelis and Arabs is not at its root racial — and someone with Tlaib’s background ought to know that.)

What Israel did in barring Tlaib and Omar from their planned visit this weekend was exercise the right of any sovereign nation to control its borders (something Democrats aren’t all that big on, obviously.)

Related:
Trump Getting Ultimate Revenge After Raid - Eric Reports Record-Breaking Support in Just 24 Hours
Was Israel right to bar the visit by Reps. Tlaib and Omar?
Yes: 99% (161 Votes)
No: 1% (2 Votes)

Israel also enforced one of its own laws that allows it to keep out any potential visitor who espouses the Boycott, Divest and Sanctions movement, which aims to attack Israel culturally and economically — a movement Tlaib and Omar support openly.

But moral authority can’t be borrowed, and Tlaib’s pitch was off the mark.

Equating Israel with the South African apartheid regime is one of the oldest canards in modern leftist politics. It’s cheap. It’s easy.

And as anyone familiar with the histories of both knows, there isn’t a bit of truth in it.