It’s a message even the music industry might understand.

And “bad” doesn’t begin to describe it.

As an enterprise that depends on the entertainment industry, Variety took pains to point out that Sunday’s Grammys were the best-rated show of the evening.

Still, that had to be a poor consolation when even the previous least-watched Grammys, in 2006, drew 17 million viewers.

In other words, Sunday’s show hosted by the inveterate liberal Trevor Noah of “The Daily Show,”  wasn’t just bad, and it wasn’t even just terrible. It was a miserable, disgraceful tanking — and it might have been Donald Trump’s fault, or to his credit.

Without Trump in the White House for liberals to rally against, the insipid musicians who make up so much of the modern entertainment world were left to their own devices to draw audiences who might have tuned in over the past three years for what amounted to an extended “two-minutes hate” of the man in the Oval Office.

On Sunday night, it was only the music, the rampant pornography that passes for juvenile “sexuality,” and the faux outrage of the Black Lives Matter movement that were on offer to draw attention to the event.

And as the numbers show, they weren’t much of a draw at all.

When MSNBC’s Rachel Maddow wins a Grammy for “Best Spoken Word Album,” it’s a good sign that the National Academy of Recording Arts and Sciences that decides the winners is aiming for a pretty niche audience. And when the ratings results are as pathetic as they were on Sunday, it’s a better sign that that audience is only a sliver of the American population.

Related:
Grammys 2020: 3 Years After Obamas Out of the White House, Celebrities Still Gushing

Maybe they should’ve just stuck with entertainment and not telling people how to live their lives. pic.twitter.com/9rUJ9NciQE

As someone with a small child at home, there is a 0% chance that I’m putting on the Grammys to have my child watch “singers” dance with barely any clothes on.

This one put it perfectly:

Maybe bc ppl are sick of being told that kids books and movies are unacceptable yet glorifying strippers, thongs and WAPs are/is ok……

“Maybe bc ppl are sick of being told that kids books and movies are unacceptable yet glorifying strippers, thongs and WAPs are/is ok …”

(The reference is to the song by rapper Cardi B that has a title so vile it’s better known by its initials.)

In the United States in 2021, Dr. Seuss books are getting banned for being insensitive and a Democratic governor of one of the country’s largest states is under pressure to resign over his treatment of women. (His potential complicity in the death of thousands of coronavirus victims gets disturbingly little attention.)

But a national awards show has no problems putting on a show that features rappers re-enacting anti-police riots and pornographic images that not so long ago wouldn’t have been acceptable in mainstream movie theaters much less mainstream television, no matter the hour.

The fact that the show was rejected, and rejected so soundly, by the vast majority of the American population should be a message even the music industry can understand.

It’s a message Democrats should be listening to as well. It wasn’t Trump voters that made CBS think this kind of trash was what the country wanted.

Trump lashed out after learning that Hillary Clinton approved the spread of allegations linking the 2016 Trump campaign to a Russian bank.
By Jack Davis  May 21, 2022

Maher said that over 20 percent of Generation Z Americans identify as LGBT, up from the 2.6 percent of Baby Boomers who identify as such.
By Richard Moorhead  May 21, 2022

Despite the serious nature of the charges against Williams, the city Law Department claims the young performer 'cannot be prosecuted.'
By Jared Harris  May 21, 2022

Amos Miller is an Amish farmer who runs a small farm and grows food the way he believes God intended. The feds shut him down.
By Jack Gist  May 21, 2022

Costco stock plummeted after a Twitter troll falsely announced that the company was planning to raise the price of its hot dogs.
By Ole Braatelien  May 21, 2022

This is just more proof that Joe Biden is causing the situation at the border to spin out of control on every level.
By Warner Todd Huston  May 21, 2022

Suddenly, things radically escalate as Rivera leans in and swipes his knife seemingly right at the neck of the victim.
By Jared Harris  May 21, 2022

The father of a slain police chief will not give in to those trying to ban his memorial to his son.
By Jack Davis  May 21, 2022 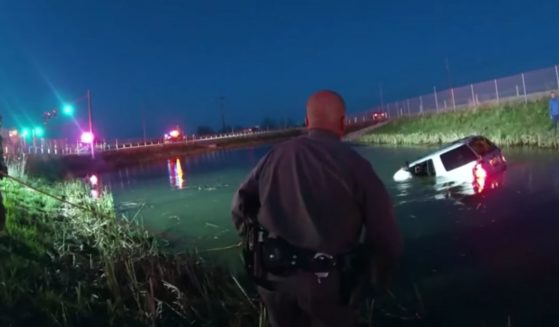 First Responders Save Woman from Sinking Car, Fire Chief Still Inside as It Sinks: 'Chief, Get Out!'

When New York State Troopers and firefighters arrived, the car was nose-down in the water and still settling.
By Amanda Thomason  May 21, 2022 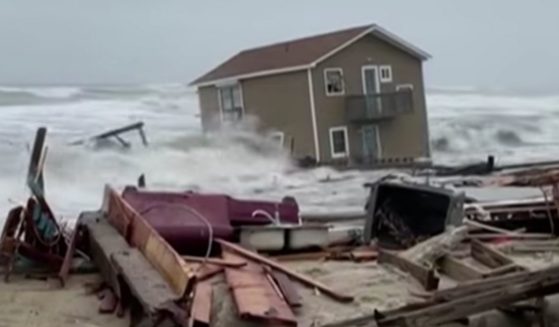 Flooding claiming a house is a tragic sight. But there's more to the story and it includes government agencies and insurance companies.
By Mike Landry  May 21, 2022
Next