Brazilian President Jair Bolsonaro on Friday said actor Leonardo DiCaprio had funded nonprofit groups that he claimed are partly responsible for fires in the Amazon this year.

Bolsonaro’s remarks about the actor were part of a wider government campaign against environmental nonprofit groups operating in Brazil.

“DiCaprio is a cool guy, isn’t he? Giving money to set the Amazon on fire,” the president said to supporters in Brasilia.

DiCaprio’s environmental organization Earth Alliance has pledged $5 million to help protect the Amazon after fires destroyed large parts of the rainforest in July and August.

The actor’s media representative did not immediately comment on Bolsonaro’s remarks.

Some members of Bolsonaro’s administration argue that civil society groups and environmental laws hinder economic development in the region.

The criticism of DiCaprio and environmental activists follows a police raid at the headquarters of two nonprofit groups in the Amazonian state of Para earlier this week.

Local police also arrested four volunteer firefighters and say they are investigating them for allegedly igniting fires to obtain funding from sympathetic donors.

The volunteer firefighters denied any wrongdoing and a judge ordered their release.

Federal prosecutors say their investigations point to land-grabbers as primary suspects for fires in the area.

Cattle ranchers, farmers and illegal loggers have long used fire to clear land in the Amazon.

This is not the first time Brazil’s president has suggested that nonprofit groups are setting fires in the Amazon, or questioned warnings about climate change. 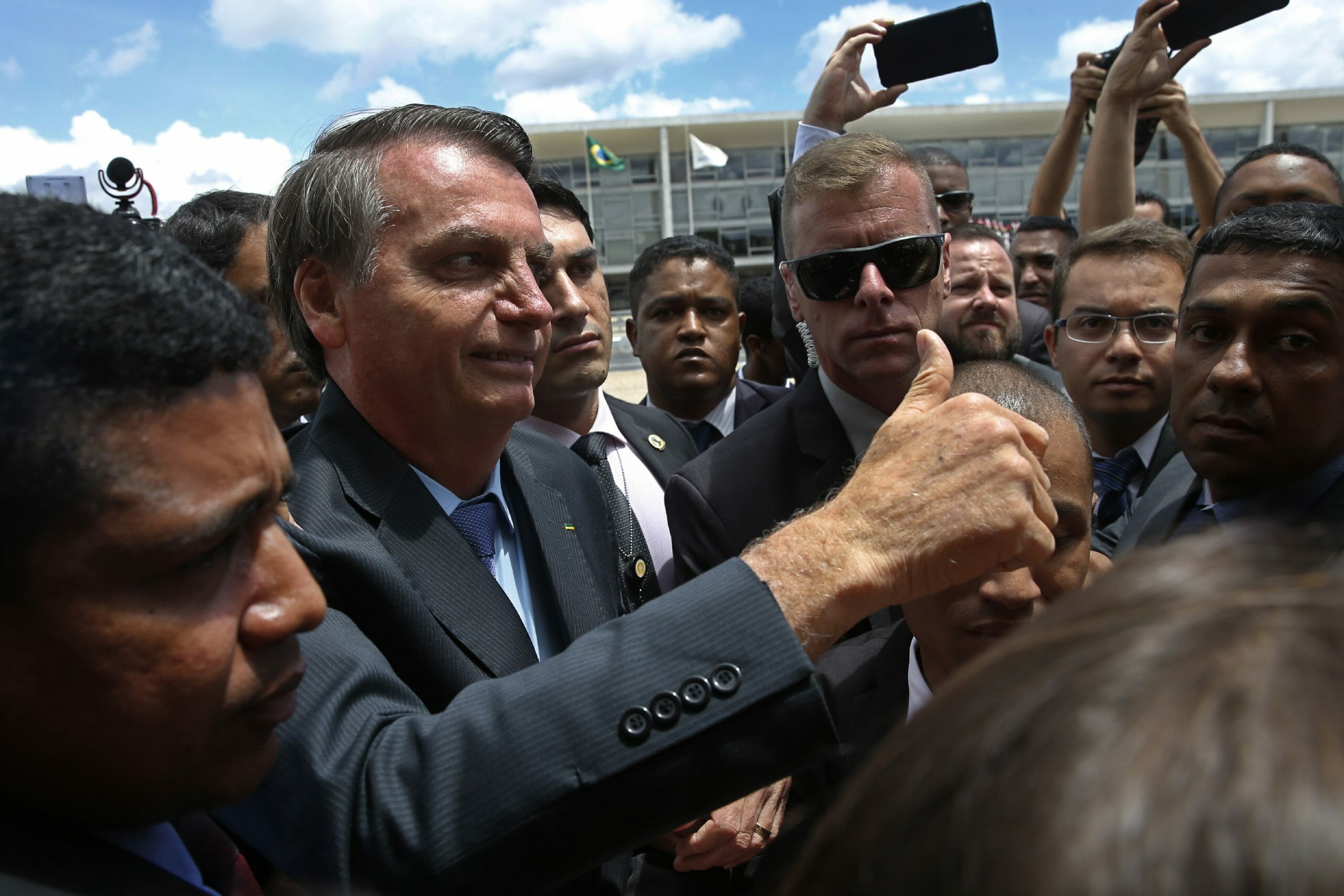 Brazil’s President Jair Bolsonaro flashes a thumbs up as he greets supporters after attending a Changing of the Guard at the Planalto Presidential Palace, in Brasilia, Brazil, Nov. 28, 2019. (Eraldo Peres / AP Photo)

In August, in the midst of an international outcry over the Amazon fires, Bolsonaro blamed the “information war going on in the world against Brazil” and fired the head of the governmental space research institute that monitors deforestation.

But when an annual deforestation report released in November, three months after the incident, claimed a double-digit percent uptick in deforestation, the government acknowledged that deforestation had increased year-on-year.