House Judiciary Committee Chairman Jerrold Nadler said Monday his panel is beginning the investigation into possible obstruction of justice, corruption and abuse of power and was sending document requests to 81 people linked to the president and his associates.

White House press secretary Sarah Sanders says, “Chairman Nadler and his fellow Democrats have embarked on this fishing expedition because they are terrified that their two-year false narrative of ‘Russia collusion’ is crumbling.”

She adds, “Their intimidation and abuse of American citizens is shameful.”

Trump on Monday dismissed the House Democrats’ probe and others as futile efforts “in search of a crime,” tweeting that they were “Ridiculous!”

Three House committees are asking the White House and the State Department for any information on private conversations between President Donald Trump and Russian President Vladimir Putin, including an interview with an interpreter who sat in on their one-on-one meeting in Helsinki last summer.

The broad requests from the House intelligence, Foreign Affairs and Oversight and Reform committees ask for the substance of Trump and Putin’s conversations in person and by phone and for information on whether those conversations had any impact on U.S. foreign policy. They are also asking whether Trump tried to conceal any conversations.

The committees ask for interviews with “linguists, translators or interpreters” who in any way listened to those conversations. Trump and Putin met privately in Helsinki in July for more than two hours with only interpreters present.

When a reporter asked him Monday if he was going to cooperate with the investigation led by Committee Chairman Jerrold Nadler, Trump replied: “I cooperate all the time with everybody. You know, the beautiful thing, no collusion. It’s all a hoax.”

The committee is sending requests to 81 people linked to the president and his associates.

Nadler said Monday the investigation will be focused on possible obstruction of justice, corruption and abuse of power.

Trump answered the question while he hosted the Division 1-winning North Dakota State University football team at the White House.

The House Judiciary Committee is launching a sweeping new probe of President Donald Trump, his White House, his campaign and his businesses. The panel is sending document requests to 81 people linked to the president and his associates.

House Judiciary Committee Chairman Jerrold Nadler says the investigation will be focused on obstruction of justice, corruption and abuses of power. The aggressive, broad investigation could set the stage for impeachment, although Democratic leaders have pledged to investigate all avenues and review special counsel Robert Mueller’s report before taking drastic action.

Nadler said Monday’s document requests are a way to “begin building the public record” and the committee has the responsibility to investigate.

The White House says it has received the House Judiciary Committee’s letter requesting documents related to the Trump administration, family and business as part of an expanding Russia investigation.

The committee is requesting documents from more than 60 people.

A top House Democrat says it’s “very clear” President Donald Trump obstructed justice. Rep. Jerrold Nadler, the chairman of the House committee that would be in charge of impeachment says the panel is requesting documents Monday from more than 60 people from Trump’s administration, family and business as part of a rapidly expanding Russia investigation.

Asked if he believed Trump obstructed justice, Nadler said, “Yes, I do.”

Rev. Franklin Graham Responds to Potential Efforts To 'Steal' the Election by 'the Enemies of God'

Nurse Comes Forward, Reveals What Happens to Babies Born Alive in Her Hospital After Attempted Abortion 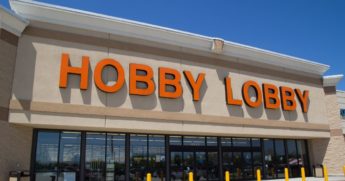