The Pima County, Arizona, Republican Party have filed a lawsuit to keep a recently approved “sanctuary city” initiative off the November ballot.

The Tucson Families Free & Together ballot initiative to make Tucson the state’s first sanctuary city was approved for the ballot on July 15 after 18,155 unverified signatures were submitted to election officials, according to the Arizona Daily Star.

The Pima County Recorder’s Office checked 871 of the signatures, and almost 72 percent were valid. Based on the random sample, more than 12,400 signatures would be valid, according to an organizer of the initiative, Joel Feinman.

According to Ballotpedia, the Tucson City Charter states, “Any proposed ordinance may be submitted to the mayor and council, by a petition signed by fifteen (15) percent of the qualified electors of the city, computed on the vote for the candidates for mayor at the last preceding general municipal election at which a mayor was elected.”

Based on this city ordinance, the Tucson city clerk calculated the signature requirement from the 2015 mayoral election when Mayor Jonathan Rothschild, the only candidate, received 61,358 votes.

From that number, the signature requirement would be 9,204.

But the Pima County Republican Party and three Tucson residents filed a lawsuit in Pima Superior Court on Friday to challenge the validity of the initiative, arguing that state law, not city law, should govern the process.

Under state law, the petition would need a number of petition signatures equal to 15 percent of the number of votes cast in the last city council general election in 2017. That means it would need 12,821 signatures.

“The GOP believes in following the constitution, whether it’s the U.S. Constitution or Arizona’s. Moreover, state law should always supersede local law.

“We don’t buy the argument that, because Tucson is a charter city, it can do what it wants, when it wants.”

Although City Attorney Mike Rankin said he would defend the city and the city clerk’s calculation, that doesn’t mean that “the city, or its mayor and council, supports or takes any position on the initiative itself.”

“It only means that the city defends the city clerk in his application of Arizona law,” Rankin said, according to the Daily Star.

The initiative has many critics, including Arizona Sen. Martha McSally, a Republican.

“I am totally against it,” McSally told KTAR-FM. “I mean, this basically means it would be a sanctuary for criminals. That’s what sanctuary cities mean.”

In a commentary piece for the Arizona Daily Star, Police Chief Chris Magnus outlined some of the potential repercussions of the initiative.

The new measure would prohibit the Tucson Police Department from working with federal agencies unless certain restrictions on arrest authority were put in place, something Magnus wrote that federal agencies would not likely agree to.

Because of this, the TPD would not be able to partner “with the FBI to solve missing children cases or other major crimes,” participate “in the ATF’s National Integrated Ballistics Network program” to link bullet casings to criminals or participate in multi-agency task forces to tackle drug or human trafficking in the city, Magnus wrote.

“Given this practical reality, such a requirement would make our entire community, including our undocumented residents, far less safe,” he wrote.

NASCAR’s William ‘Rowdy’ Harrell and Wife Die While on Honeymoon

Rules for Thee Not for Me: Chicago Mayor’s Security Team Gets Traffic Fines Dismissed 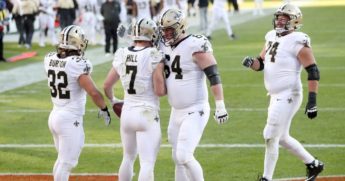