Watch: Biden Gives Speech So Bad It Has Tons of People Wondering What Is Going on with Him

Man, 71, Was on His Death Bed with COVID, Then Ivermectin Saved His Life: Lawyer

The Biden administration wants the IRS to monitor the bank accounts of everyday Americans.

Okay, maybe that check you gave your niece for her birthday so she could open a little savings account won’t be included, but most other accounts will be if a new proposal being considered by Congress is moved forward.

According to The Hill, the administration wants banking institutions to annually report to the IRS the total deposits and withdrawals from accounts that have a balance of over $600 or bring in over $600 annually.

That’s to catch rich tax cheats, they say. But we all know the richest members of American society, such as billionaires Bill Gates and Jeff Bezos, have their ways to avoid taxes, whether they utilize them or not: loopholes, accounting tricks and even lobbying for tax breaks, as journalist Saager Enjeti reported on his podcast, “Breaking Points.”

So who gets caught in the snare of IRS audits? Those making less than $25,000 per year fall under this umbrella, since they tend to have irregular income, according to The Federalist.

“The proposal for the $600 payment, according to the Treasury Department, would let the IRS look at the inflow and the outflow and compare it to reported income,” Enjeti said during the Thursday broadcast of “Breaking Points.”

“They say it would be targeted at millionaires. Should you believe them?”

“You know who also happens to have income that isn’t reported and often doesn’t match what’s in their bank account? People who are poor and work in the service industry, or they’re not W-2 workers: handymen, bartenders, servers — some of the most vulnerable people in our economy,” he continued.

“Right now, the IRS is pushing this law. It is three times — yes, three times — more likely to audit a person making less than $25,000 a year than to audit the income flows of the richest 1 percent of Americans,” Enjeti said.

What’s behind the push for IRS-driven snooping? The Biden administration says it will help uncover an additional $463 billion tax monies over the next decade, according to Fox Business.

Of course, in this era of social media privacy concerns and proposed vaccine passports, is tightened bank reporting just one more step toward social credit scores?

And what about monitoring your transactions, as in, “What’s this donation to this candidate, and don’t you know your church is considered a hate group?”

“The proposal involves no reporting of individual transactions of any individual,” Treasury Secretary Janet Yellen assured us in an interview with CBS News, according to Fox. “If somebody reports an income of $10,000 and they had $3 million go out of their checking account, that tells the IRS that’s an individual you might audit.”

Identifying individual transactions or not, presumably an IRS audit on a $25,000-per-year single mother working as a waitress will present an onerous burden.

Meanwhile, banks are going ballistic over the burden of the reporting. But House Speaker Nancy Pelosi has blown it off as anecdotal.

“The plural of anecdote is not data,” she told reporters in a clip Enjeti highlighted in his podcast. “Yes, there are concerns that some people have, but if people are breaking the law and not paying their taxes, one way to track them is through the banking measure. I think $600 — that’s a negotiation that will go on as to what the amount is.”

“While the stated goal of this vast data collection is to uncover tax dodging by the wealthy, this proposal is not remotely targeted to that purpose or that population. In addition to the significant privacy concerns, it would create tremendous liability for all affected parties by requiring the collection of financial information for nearly every American without proper explanation of how the IRS will store, protect, and use this enormous trove of personal financial information,” the letter continued.

“Privacy concerns are cited as one of the top reasons why individuals choose not to open financial accounts and participate in the financial system.”

Objections apparently are getting through, as House Ways and Means Committee Chairman Richard Neal said the $600 transaction amount will likely be raised, according to Fox Business.

The outlet reported the amount could be raised to as high as $10,000, citing Bloomberg. That’s the current amount banks report to the Financial Crimes Enforcement Network to track possible money laundering.

But the Biden administration is pushing back. “Imagine a taxpayer who reports $10,000 of income; but has $1 million of flows in and out of their bank account,” an administration memo sent to Democrats in Congress read. “Having this summary information will help flag for the IRS when high-income people under-report their income (and under-pay their tax obligations).”

A million dollars in transactions on a $10,000 income? Yeah, the IRS probably ought to check that. And they probably are already.

But if the Biden administration wants to keep tabs on a ridiculously low amount like $600, it will likely bring about unintended consequences like increased under-the-table cash transactions, barter and the establishment of underground banks.

And those will probably lose a lot of tax revenue.

As the Senate debates sanctions against a Russian pipeline, Democrats are raking in campaign cash from a lobbyist supporting the project.
By Jack Davis  December 3, 2021

The message of 'Capitol Punishment,' a true story of Jan. 6, is that Americans should no longer stay silent while their rights are threatened.
By Grant Atkinson  December 3, 2021

Stacey Abrams Insists She 'Did Not Challenge the Outcome' of 2018 GA Gov Race, Her Words Prove Otherwise

'I did not challenge the outcome of the election, unlike some recent folks did,' Abrams claimed during an interview.
By C. Douglas Golden  December 3, 2021

A blockbuster report reveals the details of Jeffrey Epstein's White House visits during the presidency of BIll Clinton.
By Jack Davis  December 3, 2021

Internet sleuths are buzzing on Twitter with a new conspiracy linking Ghislaine Maxwell to the disappearance of Madeleine McCann.
By Michael Austin  December 3, 2021 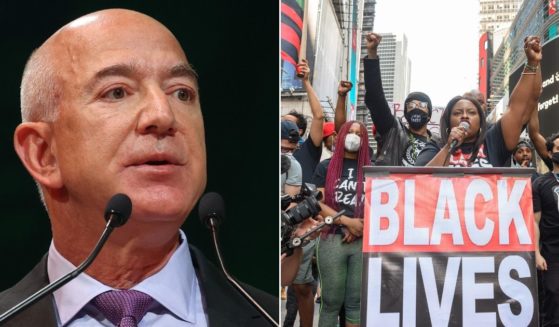 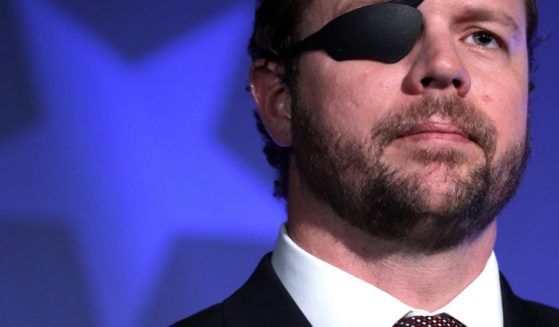 Texas Rep. Dan Crenshaw offered a stirring defense of the First Amendment as he warned that Democrats and Big Tech want to shut it down.
By Jack Davis  December 3, 2021 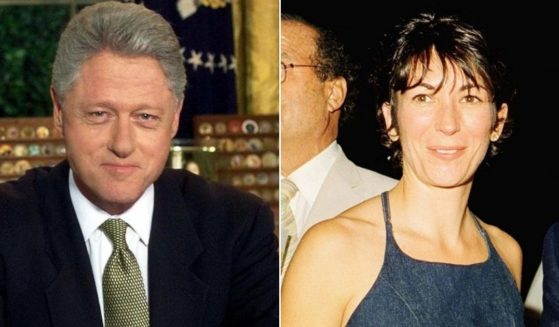 Flashback: Bill Clinton Had Affair with Ghislaine Maxwell, According to Book on Epstein's Death

There might be another factor in the connection between former President Bill Clinton and accused child sex trafficker Jeffrey Epstein.
By Isa Cox  December 3, 2021 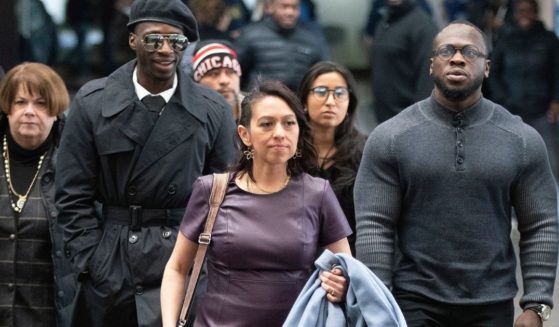 Jussie Smollett has pleaded not guilty to the charges against him, but his chickens appear to be coming home to roost.
By Randy DeSoto  December 3, 2021
Next