Joe Biden has faced many tragedies in his personal life. But if he wins the presidency, he will have been the luckiest politician in American history.

1972: Biden wins his first Senate race in Delaware only after President Richard Nixon misguidedly persuades incumbent J. Caleb Boggs, who had announced he would be retiring, to run again. It is also the first Senate election in which 18-year-olds could vote. Biden’s argument: Boggs, at the age of 63 — 14 years younger than Biden is today — was over the hill. The timing worked out well for the then-unknown candidate, who thereafter basically runs for a House-sized congressional seat every six years until 2009.

1970s: Biden, by his own admission, spends the decade sucking up to segregationists such as James Eastland and Herman Talmadge to gain undeserved committee seats, often fighting for their causes in return. Biden seeks the praise of George Wallace before his conversion, lectures a civil rights activist about how Wallace was sometimes right and claims the Southern system was good for black people. He would later eulogize his good friend Strom Thurmond. This kind of sordid past would likely have ruined the careers of most politicians by the 2000s. Yet, here we are in 2020, and Biden has become the candidate of the Great Racial Reckoning.

1988: Biden runs one of the most disastrous major presidential campaigns in American history. He concocts fabricated histories of his upbringing and education and plagiarizes speeches from John Kennedy, Robert Kennedy and Hubert Humphrey. As if that weren’t enough, Biden lifts an entire speech, nearly verbatim, from British Labour politician Neil Kinnock, using “phrases, gestures and lyrical Welsh syntax intact.” This kind of all-encompassing deceitfulness would have sunk the political careers of lesser men.

1987-1994: Biden turns what had been civil Supreme Court confirmation hearings into smear-fests against conservative nominees. In 1986, the year before Biden became chairman of the Senate Judiciary Committee, Antonin Scalia had been approved 98-0 by the Senate. After that come the Robert Bork and Clarence Thomas hearings, where Biden’s ignorance and incompetence during the show trials give America a glimpse of a man who has been lifted far above his abilities. 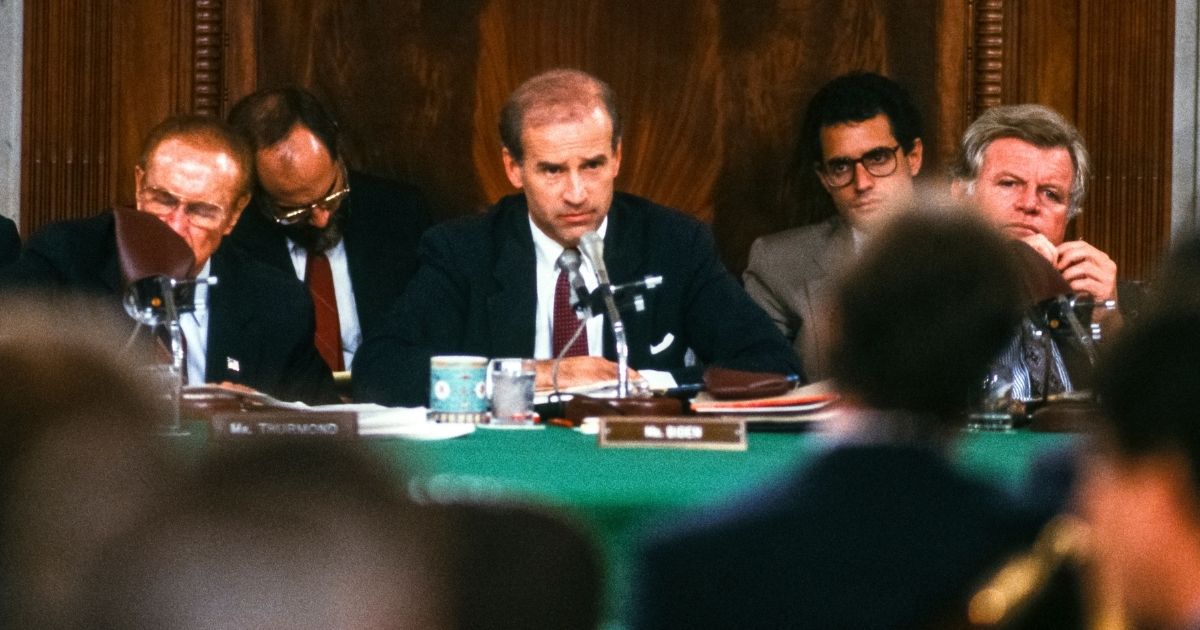 1994: While in the Senate, Biden supports virtually every expansion of the drug war and mass incarceration, co-authoring the Violent Crime Control and Law Enforcement Act — or the “Biden Crime Law,” as the presidential candidate was calling it until a few years ago. Biden gives passionate speeches on the Senate floor promising to “lock the SOBs up” and bragging that his bill did “everything but hang people for jaywalking.” His work during these years is at the root of numerous grievances of the Black Live Matter movement.

2002: Biden isn’t merely a face in the crowd of votes for the Iraq war. In fact, he chairs the Senate Committee on Foreign Relations, a perch from which he directs the debate and argues in favor of the 2002 war authority. Though he doesn’t know it at the time, his work in making the Iraq war possible saves his political future by launching the career of a young antiwar senator named Barack Obama.

2008: The day Biden kicks off his second campaign for the presidency, he notes that Obama is “the first mainstream African American who is articulate and bright and clean and a nice-looking guy.” This kind of racist comment probably would have killed the prospects of higher office for most politicians — especially one with the history of Biden. Yet, the proud son of Scranton campaigns into the Iowa caucus, coming in fifth place and winning less than 1 percent of the vote. 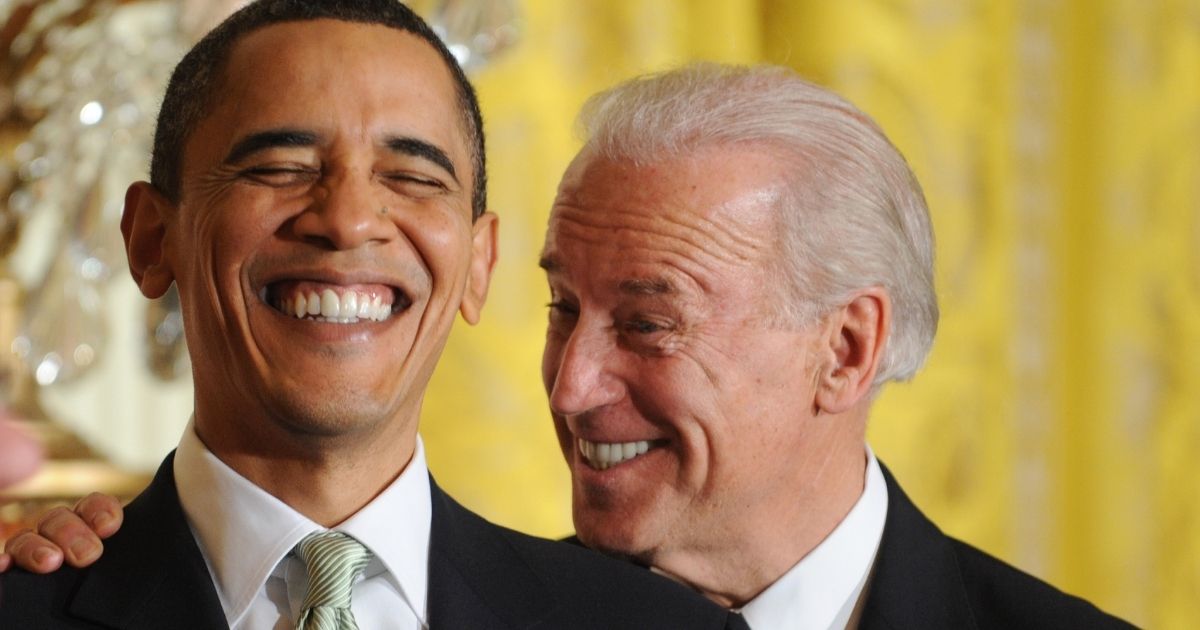 2008: After a gaffe-filled, undistinguished senatorial career and with two catastrophic presidential campaigns under his belt, Biden is saved from the political scrap heap by his one-time rival. Obama, apprehensive about being portrayed as an irredeemable leftist, scours Washington for the most nonthreatening “yes man” he can find to fill the veep role, resurrecting Biden’s career.

2020: Biden abandons any vestiges of moderation to align himself with the modern progressive left. The only possible way voters could see him as a moderate now would be if an irascible septuagenarian red-diaper baby Trotskyite somehow became his biggest rival for the nomination. And again, the political gods smiled on him, in the form of Vermont Sen. Bernie Sanders.

2020: Biden not only runs with the full and open support of a political media that suppresses inconvenient stories about his possible corruption but also is allowed to run from his living room against Donald Trump in the middle of a once-in-a-century pandemic.

RELATED: Dan Calabrese: The 6 Gigantic Trump Triumphs That Liberals Will Fume Over for Years to Come

If there is anything we can learn from this phenomenal run of good luck for Biden, it’s that there is no meritocracy in politics.

So, never give up on that unearned confidence, no matter how often history proves you wrong. Never let your risible knowledge of the world or decades of blunders stop you from chasing that dream. Just keep cynically repositioning yourself. Keep saying things emphatically — it doesn’t matter what. And with a lot of luck, you, too, might become president someday.