ABC News has obtained a bulletin just released by the Department of Homeland Security Office of Intelligence and Analysis.

The DHS bulletin alleges the agency has seen “an increasing but modest level of activity online” by Trump supporters who believe President Joe Biden won the presidency because of fraud. It states, “Some conspiracy theories associated with reinstating former President Trump have included calls for violence if desired outcomes are not realized,” according to the ABC report.

A senior DHS official cited in the bulletin said, “Over the last few days what has occurred is there’s been much more public visibility, meaning the discussions and these theories have migrated away from being contained within the conspiracy and extremist online communities, to where they’re being the topic of discussion on web forums, or more public web forums, and even within the sort of media ecosystem.”

The department does not have any actual proof that there is a “plot imminent,” according to ABC.

If this report sounds somewhat familiar to you, there’s a reason for that.

DHS issued a similar warning ahead of the Fourth of July weekend. The agency alerted Americans that a “perfect storm” could potentially develop over the next few days. ABC reported on this threat in an article titled, “‘Perfect storm’: Bulletin warns of extremist violence as pandemic restrictions lift.”

Although it had not heard of any specific threats, DHS warned of possible danger from RMVE-WSs (racially or ethnically motivated violent extremist-white supremacists) over the holiday weekend.

ABC said it had obtained a DHS bulletin that warned that “violent extremists might seek to exploit easing COVID-19 restrictions, increased access to mass gatherings, and possible changes in levels of violence during the summer months to conduct attacks against a range of potential targets with little or no warning.”

DHS reminded us that “34 states will have State of Emergency orders expire” on June 30. And you know what that means.

“Sociopolitical factors that possibly contributed to violent acts in 2020, including social isolation and other pandemic-related stressors and divisive political climates, continue to exist,” according to the bulletin.

A senior law enforcement official told ABC, “In a sense, we have the perfect storm. It’s a very volatile moment and it’s about to be a more target-rich environment.”

Two very similar bulletins, yet DHS provided no specific evidence to support either threat. I wondered if the department has issued other warnings I might have missed.

Yes, indeed I had. In May, ABC had obtained a DHS bulletin alerting us to another domestic extremism threat. The ABC headline read, “US facing ‘complex and volatile’ threats from domestic extremism: DHS.” The lede informed us that “DHS has made combatting domestic violent extremism a priority.” Good to know.

In fact, the author of the latest ABC story had also written the May article. He must have a connection to a DHS insider.

According to the article, an updated National Terrorism Advisory System bulletin on domestic violent extremism indicated the U.S. faced “threats that have evolved significantly and become increasingly complex and volatile in 2021.”

“These threats include those posed by domestic terrorists, individuals and groups engaged in grievance-based violence, and those inspired or influenced by foreign terrorists and other malign foreign influences. Social media and online forums are increasingly exploited by these actors to influence and spread violent extremist narratives and activity.”

It turns out these vague warnings of violence from domestic extremists date back to January. The first DHS bulletin, and the first ABC report about it, was issued just days after President Joe Biden took office.

Simply put, DHS has been weaponized against the American people. These frequent DHS alerts are part of a larger political strategy to both promote and perpetuate the left’s bogus narrative that Trump supporters are dangerous and unhinged.

Is it too much to hope that liberals will recognize the real clear and present danger America faces — that the current administration is working its hardest to strip us of our liberties in order to engineer a fundamental transformation of the U.S.? 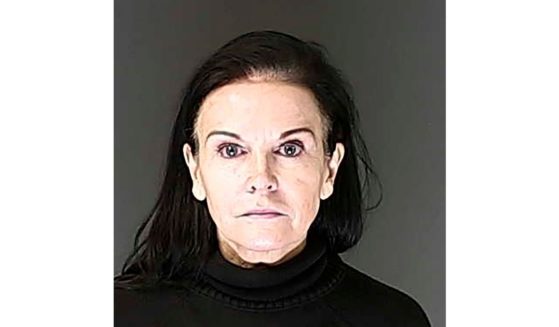