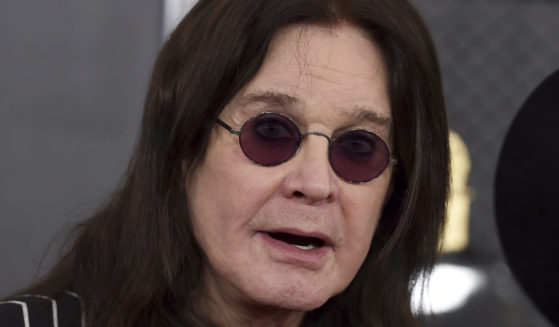 President Donald Trump expressed his support Friday for Sen. Rand Paul’s proposal to take the money originally allotted for aid to Pakistan and countries like it, and instead spend it to rebuild America’s infrastructure.

The Kentucky Republican detailed his plan in a video posted to Twitter on Thursday.

In the video, Paul noted that “the United States should not give one penny to countries who burn our flag and chant, ‘Death to America.'”

“My bill will take the money that would have gone to Pakistan and put it in an infrastructure fund to build roads and bridges here at home,” Paul added.

I’m introducing a bill to end aid to Pakistan in the coming days. My bill will take the money that would have gone to Pakistan and put it in an infrastructure fund to build roads and bridges here at home. pic.twitter.com/SHlA00rWEd

Trump seemed to like that proposal, as he retweeted Paul’s video and wrote, “Good idea Rand!”

Trump has previously said many times — both on the campaign trail and as president — that he wants to spend $1 trillion to improve the U.S. infrastructure system. The White House is reportedly set to release an official infrastructure proposal this month, according to Bloomberg News.

In his Twitter video, Paul detailed the reasoning behind his suggested proposal. He explained that despite the U.S. sending Pakistan billions of dollars in aid, America has received very little in return, particularly regarding help in the fight against terrorism.

“We’ve sent Pakistan $33 billion since 2002. What did we get for it? Well Pakistan didn’t even help us find (Osama) bin Laden, even though he was living in one of their cities for years,” Paul said.

“Then they jailed the informant who helped us to get bin Laden. They’ve allowed suspected terrorists to operate in their country. Some say Pakistani intelligence agents actually aid and abet the terrorists. It’s wrong.”

Paul also emphasized his plan during a Thursday appearance on “Fox & Friends.”

“I would take the money that we send to a lot of countries that aren’t necessarily our friends like Pakistan, I would redirect that money into building roads and bridges here,” Paul said.

“We can still have military arrangements with them, but I’d like to see somebody who actually has money to buy our stuff, rather than give it to them. We give everything to Pakistan,” he added.

As The Western Journal reported, Paul’s remarks came the same day that Trump appeared to follow through on a threat to punish Pakistan for being a safe haven for terrorists.

The White House announced it will freeze all security assistance to the country until it begins to cooperate more with the U.S. government and military in combating terrorism.

The decision comes after months of what the Trump administration describes as stonewalling and resistance from Pakistani officials in dealing with the terrorist entities working within the country’s borders.

Pakistan has played a double game for years,” U.N. Ambassador Nikki Haley stated as she announced the White House would continue to withhold $255 million in already-budgeted military aid, according to The Wall Street Journal.

The “double game” Haley is referring to is Pakistan’s manner of working with both the U.S. government and radical Islamist groups.

The U.N. ambassador said that, along with working with the U.S. on strategic missions, Pakistan at the same time harbors terrorists that target American troops deployed in Afghanistan.

The White House originally suspended military aid in August, but Haley’s announcement means the funds will continue to be withheld until Pakistan decides to change course. Moreover, the U.S. government could decide to hold back even more of the gravy train.

Taking the issue one step further on Thursday, the White House vowed to freeze a combined $2 billion in security aid to Pakistan.

However, the Islamic Republic would still be getting lots of money from the U.S. regardless. The funds in question do not affect the more than $220 million in health care and economic support the American government will continue to dole out to Pakistan.

The announcement of economic punishment is not surprising. The U.S. government has long complained that Pakistan was not a sincere partner in America’s war on terror, and the president himself used his first tweet of 2018 to air his grievances.

The United States has foolishly given Pakistan more than 33 billion dollars in aid over the last 15 years, and they have given us nothing but lies & deceit, thinking of our leaders as fools. They give safe haven to the terrorists we hunt in Afghanistan, with little help. No more!

“The United States has foolishly given Pakistan more than 33 billion dollars in aid over the last 15 years, and they have given us nothing but lies & deceit, thinking of our leaders as fools. They give safe haven to the terrorists we hunt in Afghanistan, with little help. No more!” Trump tweeted.