Trump Calls for the 'Immediate' Release of Mar-a-Lago Documents: 'The World Is Watching'

Democratic-socialist Sen. Bernie Sanders recently unveiled a plan he’s touting as the “affordable” version of the Green New Deal — but his definition of “affordable” should terrify taxpayers.

According to his own estimate, the radical environmental policy would cost the American people a whopping $16.3 trillion, and aims to reach “complete decarbonization” of the U.S. economy by 2050.

The Sanders campaign is clearly hoping to contrast its plan with the even more extreme $93 trillion “Green New Deal,” but his pitch is basically the equivalent of telling middle-income Americans that a Ferrari is “affordable” compared to a private jet.

The truth is, Bernie’s approach would still devastate the American economy while saddling taxpayers with unsustainable debt.

“Bernie promises to go further than any other presidential candidate in history to end the fossil fuel industry’s greed, including by making the industry pay for its pollution and prosecuting it for the damage it has caused,” the proposal states — a clear warning that Sanders would not only restart the Obama administration’s destructive “war on coal,” but would also seek to eradicate more than 1 million other jobs in the fossil fuel industry.

Sadly, that’s not the only policy provision that would devastate the U.S. economy. The Sanders plan would also force our country to rejoin the Paris Climate Agreement — a disastrous environmental deal that would destroy some 400,000 jobs and raise energy prices for U.S. families by about $3,000 per year.

Remarkably, the Sanders ampaign still insists that its environmental plan would help “American families [save] money” — a claim that is inconsistent with the senator’s recent contention that taxpayers would be “delighted” to pay more in taxes in order to fund his socialist policies.

Although the official price tag of Bernie’s Green New Deal is obscenely large, that figure doesn’t even include the resulting damage that the initiative would do to the booming U.S. economy.

As explained by Nick Loris, an environmental policy expert at the Heritage Foundation, conventional fuels are affordable and reliable, which is why they easily meet about 80 percent of our current energy needs.

The Sanders plan, therefore, “would cause energy prices to skyrocket, bankrupting families and businesses and empowering the federal government to control America’s energy economy.”

In contrast, President Trump believes in preserving the environment without destroying millions of U.S. jobs.

His economic policies, including middle-class tax cuts and deregulation, are encouraging Green Energy entrepreneurship by unshackling the free market system — not by shoveling taxpayer dollars into dubious projects that appeal to Washington policymakers and environmental extremists.

In fact, under Trump’s leadership, U.S. carbon emissions are actually projected to decline in both 2019 and 2020.

Sanders can call his radical environmental policy “affordable” all he likes — he does so 14 times in the outline of the proposal on his website — but the math simply doesn’t add up.

Related:
Ben & Jerry's Is Wading Into an Issue That It Doesn't Understand

Taxpayers should take notice that the Green New Deal “lite” is still a very bad and very expensive deal that the vast majority of Americans will soundly reject. 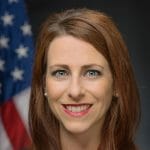 Mandy Gunasekara
Mandy Gunasekara is a veteran Republican climate and energy strategist and communicator. Most recently, under President Trump, Mandy served in the Environmental Protection Agency as the principal deputy assistant administrator for the Office of Air and Radiation.
Even the Green New Deal 'Lite' Would Destroy the US Economy
See more...
Advertisement

Trump Calls for the 'Immediate' Release of Mar-a-Lago Documents: 'The World Is Watching'

The FBI reportedly received a tip that documents related to nuclear weapons were being stored at Mar-a-Lago.
By Elizabeth Stauffer  August 12, 2022

Internet Explodes as IRS Seeks Agents Willing to Use 'Deadly Force, if Necessary'

Americans are right to be more wary of a government that has already thrown its weight around during the COVID-19 pandemic.
By Christine Favocci  August 12, 2022

Andrew Cuomo filed a lawsuit demanding that New York state taxpayers foot the bill for his defense against sexual harassment allegations.
By Michael Austin  August 11, 2022
Next