TeenVogue, an online magazine for young people, discusses important topics of the day — such as Selena Gomez’s decision to wear something tie-dye, details about a male K-pop star taking off his make-up in front of his shocked audience, or who will play Batwoman on the new series on the CW — an article that I assume also reminds readers there is a channel called the CW.

But in addition to those little nuggets, TeenVogue also decided their generation Z audience would be well-served by reading a story titled, “Yes, Abortion Can Be Funny.” 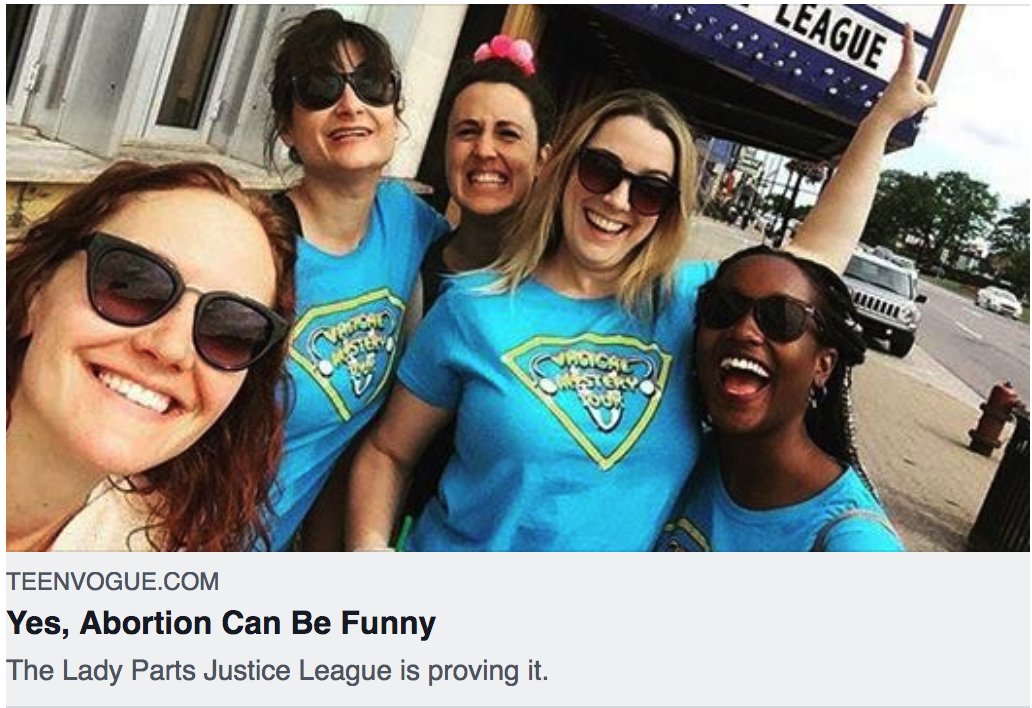 The story highlights a traveling comedy show by the Lady Parts Justice League — “a team of comedians, writers, and producers that uses humor to destigmatize abortion.”

The Lady Parts Justice League used their 2017 summer to don their baby-killing capes and take their “Vagical Mystery Tour” to cities where access to baby-killing clinics was limited. Their purpose was to use laughs and “hilarious videos” to increase support for abortion.

While humor can be an effective tool for persuasive communication, the fact that Lady Parts Justice League exists without criticism is a stark reminder that the hypocritical left leads the way in the politics of death. Liberals chant and cheer the marches to protect young students from the evils of the Second Amendment. They rage that innocent children are ripped from their parents at the border by the Trump administration. But when children are literally ripped apart inside a mother’s body, their silence is deafening.

In fact, they praise Planned Parenthood as it dismembers and poisons to death over 300,000 babies every year. These are the ‘separations’ that should be filling headlines if protecting innocent lives were really a priority.

But it isn’t their priority.

Pro-choice advocates prefer the perceived right of sexual liberty over the God-given gift that is the life of the unborn. Their unsatisfying claim that abortion ‘saves’ the child from poverty is no cure to their disturbing disinterest in preserving life.

When a pregnant mother seeks help from Planned Parenthood, the human inside her is 160 times more likely to be killed than adopted. And no one on the left is complaining about it.

I remember when the mantra of the pro-choice movement was that abortion must be made legal because of rape and incest. Balancing those awful tragedies against involuntary conception of life called for careful and thoughtful discretion. Weighty issues demanded cautious discussion.

However, common discourse of abortion is no longer heavy. The pro-choice side has removed its mask and revealed its hideous face. Baby killing is a punchline. “Abortion Tickles” is now worn across their chest on T-shirts that remind us of the murderous culture we’ve become. The procedure that rips arms from torsos and tiny heads from infant necks is now the humorous centerpiece of a sickening comedy routine.

Michael Geer, founding President and CEO of the Pennsylvania Family Institute, says efforts like those of Lady Part Justice League prove the pro-choice movement is changing its strategy. Historically, the main argument of the pro-choice movement has been to claim the baby inside a mother is not a baby at all, but rather a inanimate blob of cells, not deserving of love or protection. But science and political trends are rejecting that premise, so they’re moving on.

Geer, whom I admire for many reasons — not the least of which is that he is hated by Perez Hilton — opines that anti-lifers are now forced to employ a more sinister method. “They must change the subject.”

The Lady Parts Justice League isn’t the only voice getting humorous at the expense of baby corpses. The least funny comedian of 2018, Michelle Wolf, boldly declared on her Netflix show: “God bless abortions, and God bless America!” But Wolf didn’t stop there.

After having had two abortions, comedian Chelsea Handler confessed in a Playboy interview, “I don’t ever look back and think, ‘God, I wish I’d had that baby.'” The article featured a picture mimicking a birth announcement. But instead of the usual celebration of life, it depicted a woman’s hand with a raised middle finger with a pink bow around it. Attached to the bow is a small card that reads, “It’s an abortion!” 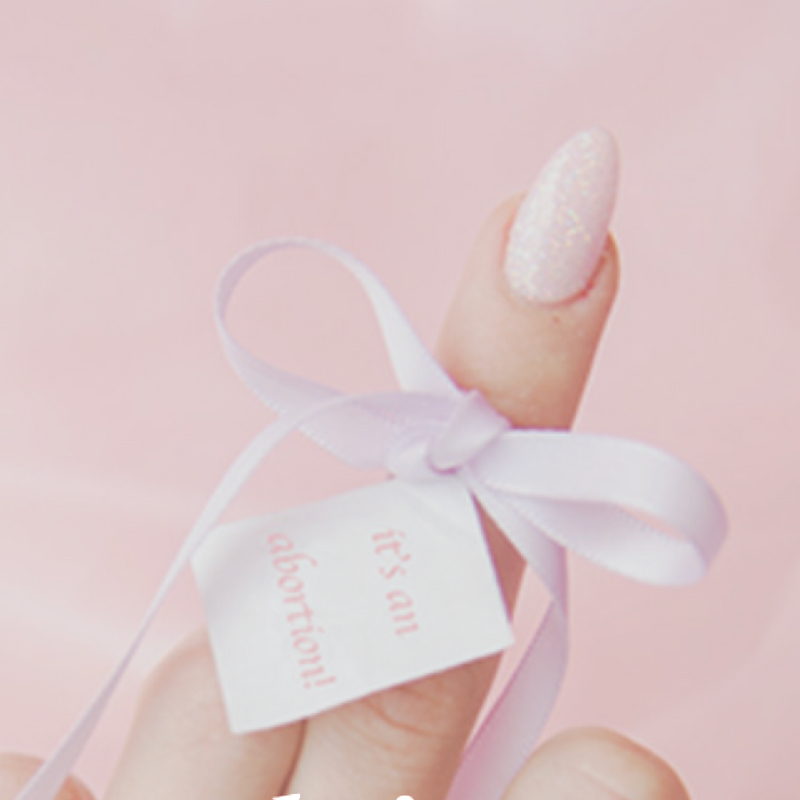 (I don’t read Playboy, but I read about the picture from Ben Shapiro’s great article on abortion becoming a sacrament. I’m sure he only buys it for the articles.)

It’s true that we often use humor to cope with life’s most difficult seasons. But employing comedy to mask the death toll of America’s most wicked decision reveals a selfish desperation to cling to our dark sins. There is no grief for lives lost. There are no tears for the mothers who bear that weight alone. Mocking the murder of the most innocent and helpless among us is no joke.

Laugh at “Seinfeld.” Weep over death.

Recent reports reveal the federal government has been working with private entities to censor "election misinformation" on social media.
By Michael Austin  October 2, 2022
Next