The Metro Nashville Police Department released body camera video from one of six officers who are credited with helping to take measures to evacuate people in the moments leading up to a Christmas morning bombing in the city’s downtown area.

The video footage was released by the department on Monday, and it shows a first-hand perspective of the chaotic scene, including the explosion which damaged 41 buildings and reportedly killed Warner.

On the video, officers are hesitant to approach the vehicle.

Someone off-camera was heard saying early on in the video, “Your primary objective is to evacuate these buildings now … Do not approach this vehicle.”

“That’s so weird,” an officer believed to be Sipos said on the video. “That’s like something out of a movie.”

“Like ‘The Purge,'” another officer responded in an apparent reference to the 2013 Hollywood film.

At the 1:57 mark of the video, the RV is clearly visible in the street where it would explode moments later.

WTVF-TV reported Sipos and five other officers arrived on scene and did not notice the vehicle on Second Avenue N. until it began broadcasting the warning message. They then worked to evacuate people from the area prior to the pre-dawn blast.

The officers had been called to the scene after gunshots were reportedly heard in the area.

Upon noticing the vehicle was parked by the AT&T building, one officer on the video remarked, “That building that it’s next to is the building that houses all the hard lines for phones throughout the southeast.”

Another officer responded, “Good spot to put a bomb.”

Sipos was at the trunk of his police cruiser at around the 3:53 mark on the video when the bomb exploded. The time stamp at the beginning of the video said the officers were on scene at 6:14 a.m. The blast occurred roughly four minutes later.

The actions taken by the officers might have saved lives. WTVF reported Sipos alone said he spoke to six or seven families before the explosion.

The final nine or so minutes of Sipos’ body camera video showed the destruction caused by the bomb. More and more first responders eventually arrived on the scene as sunrise gave a clearer picture of the devastation.

The bombing, and Warner’s alleged role in it, remains mysterious. Warner reportedly died in the blast and was identified after human remains matched a DNA test.

But so far, the only possible motive hinted at by authorities is that Warner, an IT professional, was critical of 5G communications technology, according to the FBI. That might explain why the building was targeted, and why the warning message was played in order to warn people to evacuate the area.

But in the early days following the mysterious bombing, those theories remain speculative. No manifesto or other message to explain the attack has been released publicly. It is unclear if Warner, who is the alleged lone perpetrator, left such a message behind for police to uncover.

It was reported by the UK Daily Mail Monday that Warner had transferred two properties over to a woman from California in the last year leading up to the explosion. His neighbors also said he recently built a gate to enclose his property in the Nashville suburb of Antioch, The Tennessean reported.

The woman he deeded the properties to, 29-year-old Michelle Swing, told the Mail she had never met Warner. Swing is a mother and a music industry executive.

“In the state of Tennessee you can deed property to someone else without their consent or their signature or anything,” Swing told the outlet. “I didn’t even buy the house, he just deeded it over to me without my knowledge. So this is all very weird to me, that’s about all I can say.” 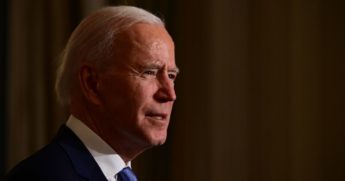