A new map has highlighted the yearly compensation of every governor in the nation.

The map — created by cost information website How Much — compared the salaries of governors from different political parties, in addition to revealing that governors from neighboring states often have large discrepancies in pay.

How Much color-coded political affiliations to make it easier to compare salaries by party. States with Republican governors are red, while those with Democrat governors are blue.

On the map, the state of Alaska is green, because its governor, Bill Walker, is an independent. 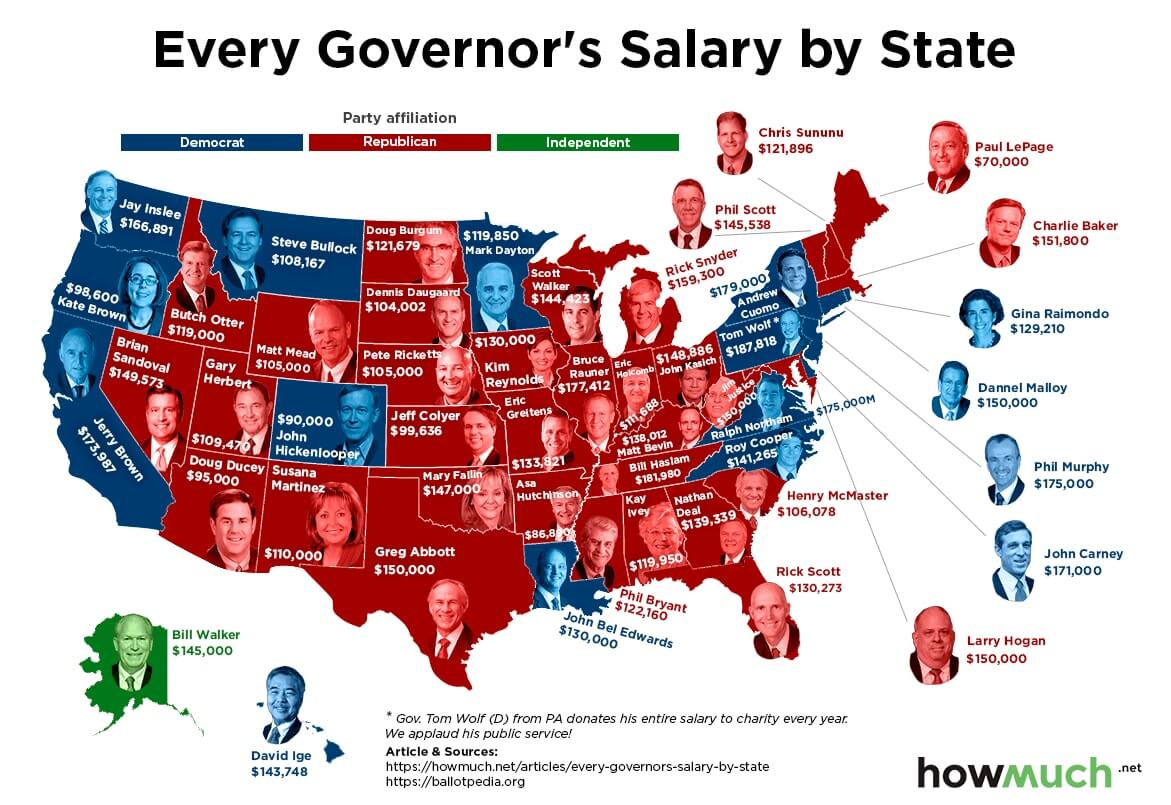 The graphic revealed that seven of the top ten highest-paid governors in the nation are Democrats, though salaries are often determined years before governors take office.

Democrat Tom Wolf of Pennsylvania makes more than any governor in America, earning $187,818 per year.

Wolf, though, like many other governors, is not the recipient of that money. Instead, he donates his entire salary to charity.

Meanwhile, Tennessee Gov. Bill Haslam is second on the list, earning $181,980 on an annual basis. New York Gov. Andrew Cuomo has the third-highest salary, at $179,000.

A list of the ten highest-paid governors in the U.S. can be seen below.

The lowest-paid governor in America, on the other hand, is Republican Paul LePage. He earns just $70,000 a year, which is still considerably higher than the median U.S. family income.

How Much noted that governors in neighboring states often earn vastly different salaries.

Advertisement - story continues below
Do you think your state's governor is compensated fairly?
Yes: 74% (79 Votes)
No: 26% (28 Votes)

Related:
Millionaire Bernie Sanders Hosting Event Bashing Capitalism, But He'll Be Sure to Cash In

How Much used salary figures from Ballotpedia to create the map.