US Navy Assault Ship Reduced to Scrap After Alleged Sabotage, US Sailor Charged

South African Swimmer Takes Olympic Gold, But It's What's on Her Cap That Has Us Cheering

The Clock Is Ticking: Millions of Americans Could Become Homeless Within Weeks After Biden Administration and Democrats Refuse to Act

Presidential hopeful and self-proclaimed socialist Bernie Sanders is losing the Democratic vote to former Vice President Joe Biden. Nonetheless, the Vermont senator remains convinced that he has the upper hand “ideologically” among voters.

“While our campaign has won the ideological debate, we are losing the debate over electability,” Sanders said last month, following a massive blow to his campaign in recent primaries.

The question ensues: Has Sanders really won the ideological debate? Not yet.

Despite not taking the lead in recent primaries, the movement Sanders has created of so-called “Bernie Bros” is significant. He has been a major force in bringing radical policies to the center of political dialogue, and those policies are what we should be concerned about.

Sanders has become an icon to younger generations by pushing the narrative that if you can take down the top 1 percent, you can create more equality.

To put it simply, the Sanders movement is built upon the idea that those who are rich are the root of all society’s problems, and that government is the power that can fix these issues — whether it be through taxes, social programs or the overregulation of markets.

Thus, his movement embodies a desire for total revolution and the uprooting of American principles.

Sanders himself said during the announcement of his 2016 presidential campaign that he and his supporters can “begin a political revolution to transform our country economically, politically, socially and environmentally.”

And truthfully, that is what those who are “feeling the Bern” have begun to do.

What would make socialism in America any different?

And those failures are not just the radical policies as seen in places like Venezuela, either.

Even nations like Sweden that have used democratic socialism to create an overbearing welfare state have proven that socialism creates a slippery slope for individual liberty and independence from government.

Related:
Ben & Jerry's Is Wading Into an Issue That It Doesn't Understand

The danger in supporting this style of socialism is that the need for expansion in government never ends and the cost continually increases. This cost is then placed on not only the wealthy, but the middle class as well.

One can already foresee the issue of a slippery slope arising in the very policies supported by Sanders.

The senator does not simply wish to raise taxes on the wealthy: He wants to implement a $90 trillion “Green New Deal,” universal health care and free college for all, to name just a few of his policy measures.

All of this is not to say that change is not needed to make education more affordable, or to decrease the insane cost of health care in America. But the means by which we intend to do these things will change the course of this country for better or for worse.

So far in this election season, young Americans — who are seen by many as Bernie’s secret weapon to winning the nomination — have not shown up to vote for him in the numbers he has hoped for.

Our greatest concern should be that eventually these young people will show up to vote before they are warned about the dangers of socialism.

The principles of freedom that our founders so uniquely established have created the most just, most innovative and freest nation on earth. But in the wise words of Benjamin Franklin, America will only stay that way if we can keep it. 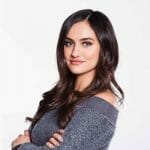 Her blog “Spilling The Tea” is a platform she uses to advocate for free speech, free markets and limited government. As a Turning Point USA campus coordinator and TPUSA ambassador, she encourages young conservatives to get involved with local chapters and on social media to speak out against censorship by leftist institutions.

In addition, Paloma has volunteered for local congressional campaigns in California and continues to use her influence to promote conservative values.

Op-Ed: Bernie Might Be Losing the Democratic Primary, But He's Still a Force To Be Reckoned With
See more...
Advertisement

Thousands of French citizens protested for the third weekend in a row after lawmakers passed a bill introducing vaccine passports.
Kipp Jones July 31, 2021

'I am asking for everyone at the U.S. Capitol to remain peaceful,' Trump posted. 'No violence! Remember, WE are the Party of Law & Order.'
Isa Cox July 31, 2021

Bowser's office did not immediately answer if 'the mask mandate was put into effect Saturday so she could celebrate her birthday on Friday.'
Andrew Jose July 31, 2021

Infamous Democratic Lawmaker Busted Using Money That Doesn't Belong to Him at Strip Club, Has a Smug Answer When Confronted

Michigan Democrat Jewell Jones, who has a history of legal trouble, is raising eyebrows for spending campaign money at a strip club.
Garion Frankel July 31, 2021

An American aircraft carrier is now involved after two people were killed on an oil tanker in a suspected Iranian attack.
Jack Davis July 31, 2021

'President Biden might say he knows how to reduce inflation, but all he really knows about is the opposite.'
Mike Weinberger July 31, 2021

It looks like weekly coronavirus testing awaits all students and staff of LA's schools, regardless of vaccination status.
Jack Davis July 31, 2021

These Massive US Companies Are Among the Biggest in the World... And They Just Hit Employees with a Big Vaccine Requirement and Told Them the Clock Is Ticking

'We remain focused on guidance issued by health experts, including the CDC, as well as state and local health departments.'
Kipp Jones July 31, 2021

The group appears to have plotted to disrupt school operations so that Cross would not be allowed to return to school.
Isa Cox July 31, 2021

It was certainly a traumatizing experience for the family, but they couldn't have been in a better place with all the paramedics on hand.
Amanda Thomason July 31, 2021