A Democratic sweep (House, Senate, president) this November means Christian institutions and individuals abiding by the moral teachings of Moses or Jesus of Nazareth will face government persecution initiated by the LGBTQ+ Human Rights Campaign and the child-killing business of Planned Parenthood via their promotion of the so-called “Equality Act.”

Joe Biden wants to sign it in the first 100 days of his presidency; Donald Trump opposes this assault on religious liberty.

The “Equality Act” defines entities health care providers, among others, as “public accommodations,” akin to restaurants, hotels, amusement parks, etc., and “sexual orientation and gender identity” is declared a protected class, just like race. The act could even expand the definition of “public accommodations” to include churches, synagogues and mosques, according to the Institutional Religious Freedom Alliance.

Since the Equality Act does not reference employment by religious organizations, courts could potentially rule that schools that decline to hire someone in a same-sex “marriage” would be “discriminating,” and treated by the IRS as if they refused to hire a teacher because of race.  The school would then lose its tax-exempt, tax-deductibility status.

Tax-exempt status could even be removed if a religious school refused to provide unisex locker rooms, showers or changing areas for “transgender” students.

“We treasure the First Amendment freedoms of speech, association, conscience, and religious exercise. The Equality Act puts these at risk,” three leading bishops in the Conference wrote in a letter.

“The Equality Act would force a multitude of charitable services to either violate their principles or shut down. With the lack of gender criteria, shelters would be required to house vulnerable, sometimes traumatized, women with biological men. In addition, foster care and adoption agencies would be expected to place children with same-sex partners, regardless of some birth mothers’ wishes and children’s best interests.”

The Heritage Foundation stated the Equality Act “would empower the federal government to impose punishments on citizens who dissent from SOGI ideology, including medical professionals, parents, women and girls, businesses, and charities.”

“The bill labels talk therapy to address gender dysphoria as a form of ‘discrimination.’

“Creative professionals who serve all customers, but who understand that humans are born male or female, and who believe that marriage means a union between one man and one woman, could be compelled to use their artistic gifts to create custom goods and services for events that violate their consciences, such as sex-change celebrations and same-sex marriages.”

The Family Research Council noted that penalties for violating the Equality Act include hiring “someone ill-fitted for the business or specific position being offered. They could be mandated to pay back wages and benefits, attorney’s fees, expert witness fees, court costs.”

Compensatory damages would be paid to the plaintiff but not the defendant. Punitive damages would range from $50,000 to $300,000 depending on the size of the organization.

The National Right to Life Committee stated that the Equality Act “contains language that could be construed to create a right to demand abortion from health care providers, and likely would place at risk the authority of the government to prohibit taxpayer-funded abortions.”

RELATED: Andrew Pollack: You're Literally Better Informed in America if You Don't Pay Attention to the News Media

“Historically, when Congress has addressed discrimination based on sex, rules of construction have been added to prevent requiring funding of abortion or nullifying conscience laws. No such rule of construction is contained in H.R. 5.”

The Equality Act passed the House in 2019. All 228 Democrats present and eight Republicans voted yes; 173 Republicans voted no. Senate Majority Leader Mitch McConnell has refused to consider the bill even though all 47 Senate Democrats and one Republican have asked him to.

If you want religious persecution through endless litigation and punitive damages, vote Democrat; if not, vote Republican. 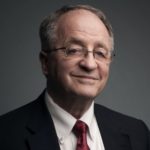 Robert Marshall
Robert Marshall served in the Virginia General Assembly for 26 years.
Op-Ed: It's Called the 'Equality Act,' And if Democrats Win on Nov. 3, It Will Destroy Religious Freedom
See more...