(Because one of the co-authors of this Op-Ed is an Orthodox Jew, The Western Journal has agreed not to spell out the name of the Almighty in this piece in keeping with the tenets of that faith. – Ed. note)

From Biblical times through the Nazi Holocaust to the present suffering in northeast Nigeria to our local emergency room, man’s reaction to innocents’ suffering has often prompted the same question, “Where is G-d?”

When it comes to COVID-19, no one can blame G-d. It’s people who have gotten us into this coronavirus mess, and it is people — with G-d’s help — who can help heal a world deathly ill from it.

We are beginning to see how we got here, and as we do so we must take our own medicine. That medicine is the truth. And you don’t have to look to the heavens to find the truth, in this case. For starters, you can look to Beijing and Tehran.

The Chinese government is playing us all for fools. It needs to come clean, owning its culpability in the pre-pandemic phases of COVID-19.

China, of course, identified the virus as early as November, and the mayor of Wuhan, before being fired, admitted in January that over five million people from his city were allowed to leave before the travel restrictions had been enacted. The government then proceeded to weaponize medical supplies by importing the world’s supply of 20 million respirators. These are facts.

It is also a fact that a spokesperson from its Ministry of Foreign Affairs has engaged in blood libel against the United States military by claiming that it may have brought the coronavirus to Wuhan.

The Chinese disinformation campaign might work with a few million of its own citizens and others who hate America, but there will be a day after this disaster when such behavior may very well put the nail in the coffin of the booming China-U.S. economic pipeline. After all, multiple U.S. senators have already drawn a legislative line in the sand demanding that we disentangle America’s economy from China’s.

And before we laud China for sending desperately needed medical help to Italy let’s not forget that the Chinese actually sold that aid. It wasn’t a donation. All of this while the Chinese government threatened to withhold its medical supply line from the United States.

Do you think the leaders of China and Iran deserve condemnation for their response to the coronavirus?
97% (115 Votes)
3% (4 Votes)

Equally complicit is the inhumane regime in Iran whose total disregard for human life has been especially reserved for its own citizens in this health crisis.

Here is another fact: The Iranians allowed faithful pilgrims to continue to travel to the holy city of Qom despite the fact that the virus was already raging there. Now, every Gulf nation, and many beyond, struggle themselves to contain this pandemic.

Because Iran’s supreme leader, Ayatollah Ali Khamenei, suffers from a more powerful virus than the coronavirus. He is consumed by hatred: hatred of America, hatred of Israel, hatred of Baháʼís, hatred of Hindus, hatred of gays, hatred of atheists.

What makes his behavior especially evil is that he appropriates the name of Allah when committing it. He is a clergyman who has sunk billions of dollars into the nuclearization of his hatred in order to prop up terrorist operations in Lebanon, Yemen, Syria and beyond. Just this week the Houthis in Yemen, which Khamenei controls, upheld a death sentence against an innocent member of the Baháʼí community.

RELATED: Itxu Díaz: Listen Here, Jen Psaki - You Are in No Position to Ask for Sacrifices

In this case, Khamenei’s hate runs so deep that he claims he would reject any thought of humanitarian help to fight the pandemic from the U.S.

What the extremist dictator of Iran didn’t tell his citizens is that he had already rejected help offered by the United States, help which was offered in February and was conveyed through the government of Switzerland.

As Secretary of State Mike Pompeo has noted, Khamenei has also stolen “1B+ Euros intended for medical supplies, and continue[s] to hoard desperately needed masks, gloves, and equipment for sale on the black market.” This week the Europeans pledged to provide another 20 million euros they probably need to fight their own pandemic.

Let’s be clear: The Iranian leader doesn’t care about his people. He cares about exploiting this crisis in order to loosen the sanctions from the United States. Otherwise, he would utilize his own personal fortune to help his people, a fortune in excess of $200 billion.

If Khamenei cared, Iranian officials wouldn’t have continued to allow flights between Tehran and China on Mahan Air while the virus was spreading.

In fact, he probably celebrated when he learned that the first reported case of COVID-19 in New York City — now the global epicenter of the pandemic — came from someone who had traveled to Iran.

Should it surprise us that two of the world’s great violators of human rights have so little regard for human life?

No, but it should anger us that the head of the World Health Organization and the secretary-general of the United Nations are being allowed silence.

And, to be clear, these truths should not be used by racists, xenophobes and conspiracy addicts to demonize Muslims, the Iranian people, Asian-Americans, Jews or others. We can fight against that bigotry by defining exactly whom we are talking about and standing arm-in-arm with our neighbors when they are subject to vitriol whether online or in our neighborhoods.

We appreciate the president addressing this concern when he tweeted, “It is very important that we totally protect our Asian American community in the United States, and all around the world. They are amazing people, and the spreading of the Virus is NOT their fault in any way, shape, or form. They are working closely with us to get rid of it. WE WILL PREVAIL TOGETHER!”

….is NOT their fault in any way, shape, or form. They are working closely with us to get rid of it. WE WILL PREVAIL TOGETHER!

He is also right to hold accountable, with specificity, those foreign actors whose decisions have unnecessarily imperiled millions around the world. He’ll find some of the worst of them in the halls of power in Beijing and Tehran.

So this isn’t a time to blame G-d, our compassionate Father in heaven, who is protecting and guiding our medical heroes and comforting those who suffer.

May he also give us the strength to show compassion to strangers and to nurture those in need. 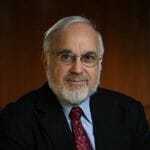 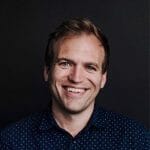