Ed. Note: The following Op-Ed is an excerpt from “Socialism: The Real History from Plato to the Present” by William J. Federer, reprinted by permission of the author.

“History is to the nation as memory is to the individual. As persons deprived of memory become disoriented and lost, not knowing where they have been and where they are going, so a nation denied a conception of the past will be disabled in dealing with its present and its future.”

If history is the memory of a country, then America has national Alzheimer’s.

John F. Kennedy wrote in the introduction to the “American Heritage New Illustrated History of the United States” (1960):

“History, after all, is the memory of a nation … Memory enables the individual … to avoid making the same mistake twice.”

“The use of history is to tell us … past themes, else we should have to repeat, each in his own experience, the successes and the failures of our forebears.”

Aristotle, in his “Rhetoric” (4th century BC), called this “deliberative rhetoric,” using examples from the past to predict future outcomes:

“The political orator is concerned with the future: it is about things to be done hereafter that he advises, for or against.”

“When a nation goes down, or a society perishes, one condition may always be found; they forgot where they came from.”

Harvard Professor George Santayana wrote in “Reason in Common Sense” (Vol. I of “The Life of Reason,” 1905):

“Those who cannot remember the past are condemned to repeat it.”

“I know of no way of judging the future but by the past.”

Edmund Burke wrote in “Reflections on the Revolution in France,” 1790:

“People will not look forward to posterity who never look backward to their ancestors.”

“Not to know what happened before you were born is to be a child forever.”

Will and Ariel Durant wrote in “The Story of Civilization,” 1967:

“History is an excellent teacher with few pupils.”

“Civilization is not inherited; it has to be learned and earned by each generation anew; if the transmission should be interrupted … civilization would die, and we should be savages again.”

Reagan warned the Phoenix Chamber of Commerce on March 30, 1961:

“Freedom is never more than one generation away from extinction. We didn’t pass it to our children in the bloodstream.

“The only way they can inherit the freedom we have known is if we fight for it, protect it, defend it and then hand it to them with the well-thought lessons of how they in their lifetime must do the same.

“And if you and I don’t do this, then you and I may well spend our sunset years telling our children and our children’s children what it once was like in America when men were free.”

“We can see all too clearly the devastating effects of secularism on our Christian way of life. The period when it was smart to ‘debunk’ our traditions undermined … high standards of conduct. A rising emphasis on materialism caused a decline of ‘God-centered’ deeds and thoughts.”

This echoed an earlier Russian author, Dostoevsky, who wrote “The Brothers Karamazov,” 1880. In it, there was a character named Ivan Karamazov who contended that if there is no God, “everything is permitted.”

“Everything is permitted” gives license to thugs to spread violence in the streets and also deep-state bureaucrats to subvert the government.

Such was the attitude of the Jacobins, left-wing anarchists during the French Revolution.

“I recall hearing a number of old people offer the following explanation for the great disasters that had befallen Russia: ‘Men have forgotten God; that’s why all this has happened’…

“Since then I have spent well-nigh 50 years working on the history of our revolution; in the process I have read hundreds of books, collected hundreds of personal testimonies…

“But if I were asked today … the main cause of the ruinous revolution that swallowed up some 60 million of our people, I could not put it more accurately than to repeat: ‘Men have forgotten God; that’s why all this has happened.’”

“Those of us who have experienced and witnessed first-hand the atrocities and terror of communism understand fully why such evil takes root, how it grows and deceives, and the kind of hell it will ultimately unleash … Godlessness is always the first step towards tyranny and oppression!”

“If you can induce a community to doubt the … authenticity of the Scriptures … you have broken down the barriers of moral virtue and hoisted the flood-gates of immorality and crime.”

“It is when a people forget God that tyrants forge their chains.” 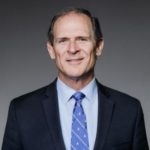 William Federer
William J. Federer is a nationally known speaker, best-selling author and president of Amerisearch, Inc., a publishing company dedicated to researching America's noble heritage.
Op-Ed: The First Step to Communism Is Forgetting God, And America Has Done Just That
Op-Ed: Here's Why Leftists Really Want To Destroy Our History - It's as Dark as It Is Ingenious
See more...
Advertisement

Ron DeSantis understands what establishment media outlets like CNN want to do to him - and he just doesn't care.
By George Upper  October 3, 2022

After the Steelers game against the Jets, a fan fell from an escalator in the Pittsburgh stadium and died from his injuries.
By Abby Liebing  October 3, 2022

Kim Kardashian has to fork over big bucks after she promoted a crypto investment without telling her fans some very important information.
By Jack Davis  October 3, 2022

A recently released campaign advertisement takes aim at liberals in favor of the 'Defund the Police' movement and doesn't hold back.
By Michael Austin  October 2, 2022
Next