Political operatives never give up on their agenda, which is generally to make it easier to advance their plans, whatever they may be. One of those attempts to corrupt our “supreme law of the land,” the Constitution, is the national popular vote.

The NPV has been proposed as a populist measure: The candidate who receives the most votes across the nation is elected president.

This would throw out the Electoral College system established by our Founders in the Constitution. Since it would be difficult and time-consuming to have this passed as an actual amendment to the Constitution, there is a new version of the NPV that the underminers have proposed.

The new NPV is a compact or contract between states in which they agree to bind their Electoral College electors to the national popular vote. Once enough states totaling the majority of electoral college votes join the compact, we have the NPV without a constitutional amendment.

We have been sold such a “populist” bill of goods before. The very same progressive movement was responsible for the 17th Amendment, the popular election of U.S. senators. That amendment was passed by Congress on May 13, 1912, a few months after Arizona became a state and at the height of the Progressive Era.

Until that time, U.S. senators were elected by the state legislatures, two from every state, with the intent to protect the interests of every state individually — to protect each state from the misbehaviors and financial mismanagement of other states.

The Framers understood that it would be the states that would suffer directly from the mismanagement of any one of their peers. They also gave senators six-year terms, longer than the term of even the president.

The argument against state legislators electing senators was also a populist one: allowing the direct vote of the people and stopping the senate from being a “millionaire’s club.”

The latter promise was a true failure, as the average net worth of senators in 2011 was over $14 million. The result was a Senate whose members were more beholden to the Washington lobbyist money machine than to their own states.

We can see the previously latent but now fully operable failure of the direct election of senators as they take up enacting trillions of dollars of debt.

States like California, Oregon, Illinois and New York, financially mismanaged by Democratic Party majorities for years, now seek to push their predictable financial collapse on the rest of the states that have been far more responsible with their financial affairs.

Imagine, if you will, the hellish response that Arizona senators would face from legislators if they voted for Arizona, with a balanced budget, billion-dollar surplus and fiscally conservative legislators, to bail out California with hundreds of billions of dollars of debt and unfunded mandates brought on by pandering legislators who have for years given more than they knew they could pay for.

America might want to rethink the 17th Amendment and consider outright repeal. Now that would make senators squirm.

The NPV is another example of flawed progressive policies brought on by political types who are not satisfied with the process because their guy or gal did not make the cut.

RELATED: Mike Huckabee: The 1 Sure Way We Can Stop Court Packing (And It's Not a Constitutional Amendment)

The current pandemic shows more than anything that different states need to be able to manage their affairs in ways that suit their circumstances.

Imagine if the current crisis were being headed up by a president who could ignore states and only cater to the wishes of our largest urban areas. New York, Chicago, Los Angeles and other liberal strongholds would be setting policy for every state.

The 17th Amendment was a bad idea. Let us not compound it with another faux-populist error, the NPV. 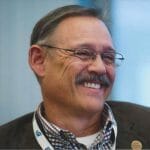