You're 'Acting Like Some of Us Are Guilty for Just Existing': Watch Student Defy Woke School Board in Front of Parents

Across the globe, people are enamored with royalty.

In the U.S, even while our founders did everything to ensure we didn’t have a monarchy, it hasn’t stopped the people from looking for their own royals.

For years the Kennedy family was the closest thing to American royalty, while to many beginning in 2016, the Trump family has become just that.

Across the pond in the U.K, the monarchy goes back over a thousand years and it is as synonymous with British life as individual freedoms are to American culture.

In an unprecedented — yet unsurprising — turn of events, it appears that members of the royal family want to take a step back from royal duties and live of a life free of duty and responsibility bequeathed them.

Perhaps life in a gilded cage is not all that after all.

Take the following romantic tale as an example: Once upon a time, there lived a dashing and handsome prince. One glorious day, he introduced his future bride to the great British public. It was a great love story and a tightening of ties between two great allies. A cause of great happiness and joy was felt throughout the land.

The couple were treated to a magnificent and lavish wedding, where royalty and Hollywood glamour mixed interchangeably.

This was the future of the royal family: a huge and welcome boost to their love and popularity. Family, wealth, fame, adoration and looks — the new couple seemed to have it all.

What did they desire that they couldn’t possibly have already?

Fast-forward a couple of years, and it brings me to the shocking (yet not surprising) Instagram announcement made by Prince Harry and his wife Meghan that blindsided the royal family into a two-sentence response to the public.

Embarrassed and hurt as the family was, the beloved queen put on a brave face and faced the possibility that her grandson may be leaving her for bigger and better possibilities.

Didn’t the Queen deserve just a little more respect and dignity then she received? More than that, why weren’t Harry and Meghan content with their lot? If living within the royal confines cause such great unhappiness, and complaints and lawsuits against the media are ongoing, surely that would translate into the couple moving to an uninhabited island where there were no people in sight and no public to fawn upon their every move?

Yet in spite of all this, it seems that Harry and Meghan are intent on giving up most of their responsibilities to find greener pastures and celebrity status, believing that happiness is found in global acclaim and freedom of responsibility to royal tradition.

Growing up in England myself, and watching Prince William and Prince Harry grow up underneath the lights of the cameras and the warmth of the British people, I find it astounding to think that for all intents and purposes Harry is walking away from the country he is so loved in.

While it may certainly be true that the royal couple will be loved and adored in any place they choose to settle, the people of Great Britain will be mourning the loss of their most loved member of the royal family.

Greener meadows do not always equal more happiness, and it’s important for Harry and Meghan to recognize the consequences of their decisions.

No, the media is not to blame — and the royal doctrines and protocol are not culpable either.

The answer lies squarely within the couple themselves. Happiness is elusive, fame is momentary and money can be spent, saved and lost, but family is always there for them — until they are not.

Even if Harry chooses to move back to Britain eventually, I believe that Britain will have moved on and perhaps will not forget this perceived betrayal.

Happiness cannot be bought no matter where in the world you live. It is something found within us.

No matter your title, position or financial status, decisions made throughout life have consequences both good and bad. Be grateful for your lot and choose carefully! 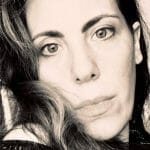 Shana Forta
Shana Forta is the chief of staff for the Gold Institute for International Strategy, which actively engages in the discussion of foreign policy and defense concerns by those who have not only thought deeply about them, but who have actively participated in efforts to affect them.
Op-Ed: If Prince Harry Ever Moves Back, Brits Won't Forget His Betrayal
See more...
Advertisement

A school district in Iowa has expanded its definition of racism to include practically anyone who disagrees with it politically.
Grant Atkinson June 22, 2021

An insider believes the Democratic Party's obsession with so-called voting reform will hurt it, according to a new report.
Jack Davis June 22, 2021

When two women simply trying to enjoy a night out were being harassed by a stranger, the bartender stepped in to help.
Garion Frankel June 22, 2021

If you happened to order Porsche's new 911 GT3 six-speed manual option in California, your transaction has been nullified.
Brett Kershaw June 22, 2021

If the audits prove that President Joe Biden was not the true winner of the 2020 election, there is a way forward.
Elizabeth Stauffer June 22, 2021

As Crime Takes Over NYC, Voters Head to Polls for Mayoral Primary

The new election system will allow voters to choose and rank up to five candidates for their preferred political party.
Brett Kershaw June 22, 2021

Asking someone whether he believes the election was fraudulent is the same as asking which candidate he supported - Trump or Biden.
Kevin Catapano June 22, 2021