It’s surreal to see your city on the news every day.

We’ve seen tragedy upon tragedy in Minneapolis, which has become the center of the new justice movement.

In light of these events, you may be asking: Can anything good come out of Minneapolis?

If you are among those asking that question, let me assure you that out of the ashes, this city is stirring with greatness, hope and yes, a multi-ethnic faith revival.

I’m an evangelist living just outside Minneapolis. I work downtown and guide a team of mostly Millennial and Gen Z leaders who are endeavoring to shine a light in this world bent on darkness. For most of my professional life, Minneapolis has been my home. The Pulse office is blocks from the Chauvin trial. George Floyd was killed three miles south of us. Daunte Wright was shot 10 minutes from here.

Countless Minnesotans feel like our peaceful city known for lakes, parks, professional growth, community volunteerism — and yes, frigid cold — has been transformed into a war zone.

But for those of us with our eyes fixed on Jesus, we’re seeing something entirely different in Minneapolis. We’re seeing the beginnings of a great spiritual awakening.

While the headlines may read of riots and fires, people of faith in Minneapolis have been busy praying, volunteering, giving groceries and supplies to those in need and standing in the gap between angry crowds and the police.

My friend Korey Dean is gathering young black men to stand in peaceful protest to remember the life of Daunte Wright in the weeks ahead. Another friend of Pulse, Luis Romero, is organizing a “God Lives Here” prayer march around the courthouse.

A multi-ethnic coalition of pastors, who have been meeting for years, are planning ongoing listening sessions in efforts to work alongside authorities and community members in bringing understanding. Still others are planning a National Day of Prayer gathering in the heart of downtown.

The ministry of the late Rev. Billy Graham, widely regarded as one of the greatest evangelists in modern history, began in Minneapolis. Many revivals were born in the heart of this city and many more are coming.

While the headlines may read of division and racism, our young team at Pulse has seen the most diverse global effort in recent history around the message of Jesus, with more hunger for God than we can keep up with.

Over Holy Week alone, our annual broadcast saw leaders representing 39 languages and 184 countries unite around the message of a God who enters into our brokenness and suffering. More than 200 million people watched the broadcast and more than one million responses came in from people around the world who wanted to know and follow Jesus.

Why do I believe this is happening? Why do I see a Great Awakening where others see despair?

Related:
Op-Ed: On Thursday's National Day of Prayer, We Should Remember the Words of Abraham Lincoln

Because Christianity tells of a loving God who enters into our pain and suffering and pays the full price of our sin and death.

Christianity has never prospered during times of prosperity. Not the kind of Christianity that looks like Jesus, anyway.

Ask any historian and they will tell you that moments of hardship, and even persecution, are the times of greatest growth for the church. These are the moments of refining — when the fire shines brightest — and they always come from unlikely places.

Like those surprised by stories of hope from Minneapolis, the people of Jesus’ day were shocked that he would come from such a desolate, notorious land. And yet, this was the grand entrance that God chose for the savior of the world.

Far from the prosperity of Beverly Hills and an Ivy League education, Jesus was born in a manger by way of Bethlehem in Nazareth.

From start to finish, the story of Jesus is shocking. He ate with prostitutes and tax collectors one day, and associated with kings the next. He touched lepers and preached in a palace.

While other religious leaders avoided broken people, Jesus associated with them. While other religions commanded people to make donations and do good deeds to earn their way to heaven, Jesus paid the check. As it says in John 3:16, “For God so loved the world, that he gave his one and only son, that whosoever believes in him, should not perish but have everlasting life.”

Jesus stands in opposition to the elite and those bent on earthly power to point to another kingdom, another way. He proclaims a kind of upside-down kingdom, where the servant is greatest and the meek inherit the earth.

Can anything good come from Minneapolis? 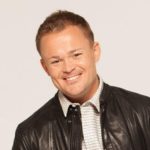 Nick Hall
Nick Hall is the founder and chief communicator for Pulse and the author of "Reset: Jesus Changes Everything." He is also president and CEO of The Table Coalition and sits on the board of the National Association of Evangelicals.
Op-Ed: A Revival Is Starting in Minneapolis and It's About to Explode Into a Great Awakening
See more...
Advertisement

Kiwi weightlifter Laurel Hubbard, a man who identifies as a woman, may actually be allowed to compete against female athletes in the upcoming Tokyo Summer Olympic Games. As TVNZ-TV reported, […]

White House Insider: Biden Is Not Who the Public Thinks He Is

For Ilhan Omar, the only real terrorism is when Jews fight back. As the Israel Defense Force retaliated this week for a barrage of terrorist rockets launched from the Hamas-controlled […]

Amid surveys that show a vast swath of America struggling to make ends meet due to the impact of COVID-19, illegal immigrants can now collect taxpayer money as part of […]

Suspect Arrested After Tiger Is Seen Roaming Neighborhood, Animal Still on the Loose

On Sunday, a neighborhood in Houston, was treated to a bit of a wild scene. A Bengal tiger was out, creeping through a yard and setting the neighbors on high […]

On a day when hundreds of rocket attacks struck Israel, the Israeli Defense Forces struck back with a vengeance in Gaza, killing a leader of the missile attacks. Terrorist Iyad […]

It Looks Like the Feds Threw an Unsuspecting American Cop Against a Hardened Violent Criminal, Officer Was Dead on the Roadside Minutes Later

I live roughly 15 minutes away from Carrollton, Texas, and it is far from the first place I would label as a corrupt wasteland. It is a beautiful, safe and […]