Take a 30+ year veteran of the armed services, who on retirement to upstate New York kept up practical skills with firearms and has an eclectic collection of rifles and pistols. He went through the local procedures and obtained a concealed carry permit from the local sheriff. For more than 10 years he has caused no trouble, committed no crimes and been a good neighbor, friend and citizen.

Now this tried, tested and trusted citizen who remains fit and active wants to visit a friend in New York City to give reassurance and comfort, as the friend is very distressed by all the riots, looting, arson and violence which have taken place, including near their home. The friend has asked him for security advice.

The immediate solution that springs to mind is to follow the advice of Joe Biden and take a shotgun from his collection to loan to the friend (who he knows from many years experience is a responsible, upstanding and law-abiding citizen).

But the veteran cannot take a shotgun or any other firearm into New York City. That would be illegal and the risk of a jail sentence is too much to chance. The ability of the veteran to protect himself and his friends in that community, and to provide aid, assistance and even protection to law enforcement is thereby vastly reduced. The strength of the rule of law is also diminished.

Trustworthy citizens are thus restricted even during a period when thousands of convicted felons have been prematurely released onto the streets and law enforcement is stretched thin. They currently have to deal with COVID-19 cases, supporting first responders during the pandemic, policing protests and responding to the violence, looting and vandalism that have accompanied many of them.

It makes no sense, especially when similar illogical scenarios are playing out in many big cities across the nation — places where murder and violent crime are more common and the need for a self-defense capability is greatest.

The most plausible explanation is that gun control advocates are not truly concerned with citizen safety (even though guns are used defensively hundreds of thousands or even millions of times each year, usually without even being fired).

Rather, they are concerned about power, control and removing the possibility of armed resistance to their future edicts. They do not trust law-abiding citizens with firearms.

Perhaps they are afraid that Americans with guns could not be coerced into following their more radical “laws” and that is more important than allowing their voters to protect themselves? Our elected officials are supposed to be our representatives, serving us and not acting as our nobility.

Disarming the peasants is a step on the road to tyranny and a classic maneuver of fascists, communists, anarchists and dictators.

The Second Amendment is the only part of the Constitution that consistently suffers different interpretations in different political subdivisions and is constantly under attack from gun control advocates in multiple different ways. Yet it has been in force since ratification in 1791, and back then those Kentucky rifles were state-of-the-art military-grade weapons.

No one is forced to carry a weapon, but it is an option that should be open to every law-abiding citizen. And one lesson from both history and from the experiments conducted in the different states and city jurisdictions over the centuries is that the average American citizen is very law-abiding, especially when it comes to exercising their Second Amendment rights.

Yet this is not the story told by the media.

They generate fear by exaggerating the threat (America does not have an “epidemic” of shootings and actually has a lower gun murder rate than the average of 192 nations), sensationalizing some murders (especially those caught on camera) and emphasizing the “threat” posed by those who wish to freely exercise their Second Amendment rights in an open way, despite the data on how little those legally carrying firearms misbehave.

What gun control achieves is to disarm law-abiding citizens and leave guns only in the hands of criminals and overworked police.

In turn, this leads to higher murder and violent crime rates as innocent victims are left unable to defend themselves. Now police forces are being undermined, defunded and demoralized by the same politicians who have ensured guns are not available to their constituents.

At the same time, city governments are demonstrating that they cannot maintain control of mobs, gatherings in the name of protest, or control looters, arsonists or violent vandals.

Removing guns from good people is not only unconstitutional; under the current circumstances, we are seeing that such policies are murderously counterproductive. 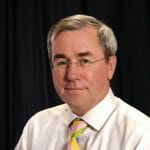 Tim Wilson
Tim Wilson is a senior fellow at the London Center for Policy Research, a retired British Army officer and a proud American citizen.
Tim Wilson is a former British Army officer who served in a variety of command appointments on numerous operational tours during a 32-year military career. Having retired from regular military service in 2003 as a lieutenant colonel, he moved to the U.S.A. in 2005 where he now works as an independent consultant and researcher.
Op-Ed: The Second Amendment Has Never Been More Important
Op-Ed: Biden's Plan on Guns Is Armed Lawfare, Bad Policy
A Message to US Politicians: If You Believe in America, Don't Close Gun Stores
See more...
Advertisement